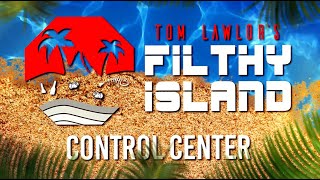 MLW and “Filthy” Tom Lawlor announced today the fight card for the “Filthy Island” special will be revealed this Wednesday, February 10 at 7 p.m. ET on Fusion.

The “Filthy Island” fight event is set for February 17 and is slated to have a runtime of 55-60 minutes.

Dominic Garrini, Kevin Ku, and King Mo have already been announced for the special.

Fusion is available to watch on YouTube, Fubo Sports, DAZN, and the Roku Channel.

Below is the line-up so far for Wednesday’s Fusion:

* The fight card for “Filthy Island” to be revealed

Fans can also watch Fusion nationwide on cable and dish via beIN SPORTS on Saturday nights at 10pm ET.

🌴 Who will end up appearing on #FilthyIsland?