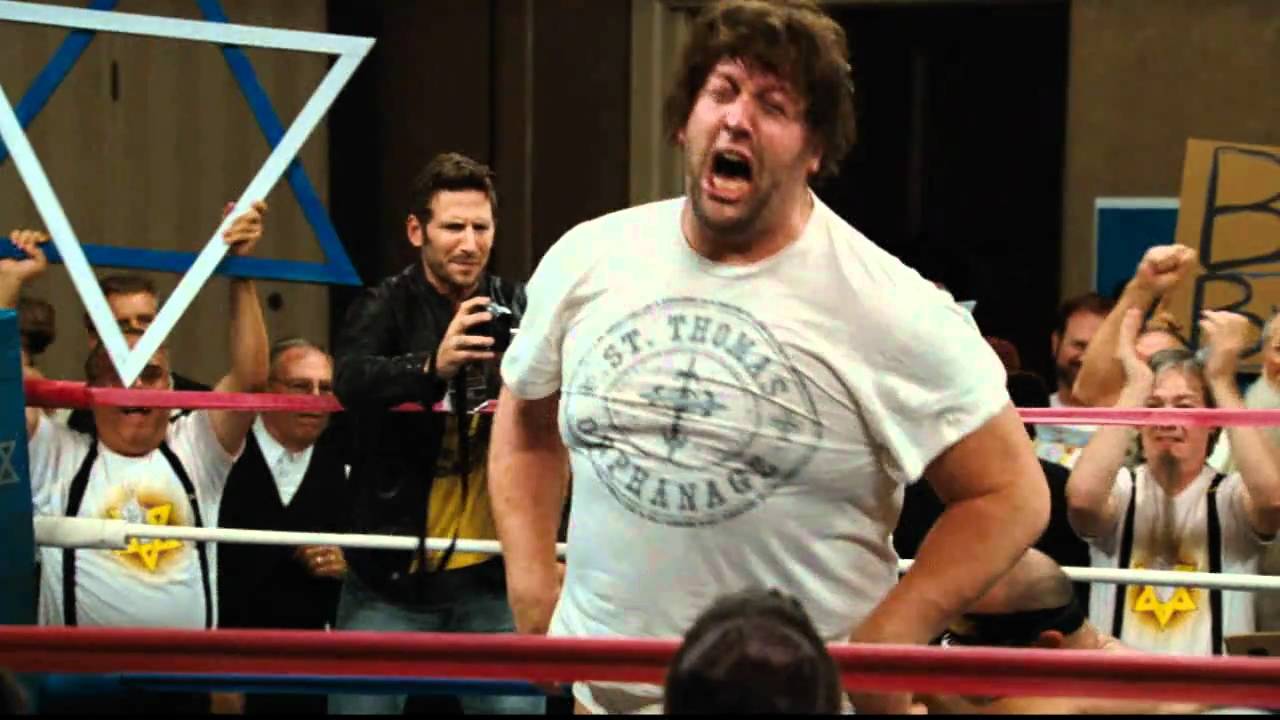 On the latest episode of Talk Is Jericho, Chris Jericho sat down with former WWE Superstar and NXT trainer Nick Dinsmore aka Eugene. Dinsmore opened up about his release in 2007 where he took on the name “U-Gene” in the independent scene.

“My first release was in 2007, and I immediately started independent wrestling. I don’t think I realized how much independent wrestling is out there,” Dinsmore expressed. “Then all of a sudden, I was on fire again. I was working at least every Friday and Saturday if not a Thursday and a Sunday. Then I started coaching at OVW.

“It’s funny because you took the name ‘U-Gene’,” Jericho noted. “How did you get away with that?

“I don’t know,” Dinsmore admitted. “I think they were just being nice.”

Dinsmore credited former WWE writer Brian Gewirtz for his help on the Eugene character. Gewirtz took time away from RAW to work on a script, and Dinsmore revealed Gewirtz had a script to put him in a movie. However, the role was later given to Big Show in the movie “Knucklehead”.

“I think one of the reasons that Eugene did so well is because Brian Gewirtz could write for me, and he liked it,” Dinsmore said. “And he took that time off, and he wrote this big script. And he comes to me, and he goes, ‘We’re going to make a movie. We’re going to put you in a movie.’ I’m like, ‘Holy cow!’ He’s telling me about all this capers that are going to go on about Eugene trying to get in the wrestling business.

“He said, ‘At one point we’re going to have you wrestle a bear.’ A bear? We’ll just put a man in a suit? ‘We’re gonna get one of them Hollywood bears,’ and the only bear at the time was the one that was in ‘Semi-Pro’. And he end up killing his trainer. So maybe it’s a good thing. The movie didn’t work out, but they slipped Big Show in that role, ‘Knucklehead’. I believe so. Everything I’ve seen is the stuff that they told me was going to be in the movie.”

“I got rehired in 2009,” Dinsmore stated. WWE was in Louisville, just go over there and get my face shown, and Johnny (John Laurinaitis) pulls me aside. ‘We want you to come in and be a carpenter’ was a term he used, and I’ve never heard it before, but it was like a guy that’s maybe not on TV but just is wrestling live events and coaching. ‘Okay, that’s cool.’ I came back, and apparently, they [saw] me two months earlier.

“Either I got so much into bad shape but they were like, ‘We’re not selling fat, old Eugene. You’re fired.’ That’s when they brought me to Calgary, and I wrestled the Calgary Kid, who was Miz under the mask. I wasn’t scheduled to be on the road. All of a sudden, ‘Hey, can you come to Calgary? Contract on a pole match.'”

Dinsmore was later hired as a coach in NXT. He talked about the wrestlers that he had in his class.

“I was a coach in the 2012-2013,” Dinsmore said. “Chad Gable was there. He was in my class. Braun Strowman was there. Sasha, and Charlotte and all the girls were there. Kevin Steen had just got there.”