NJPW Star SANADA Says His Weakness Is His Mic Skills 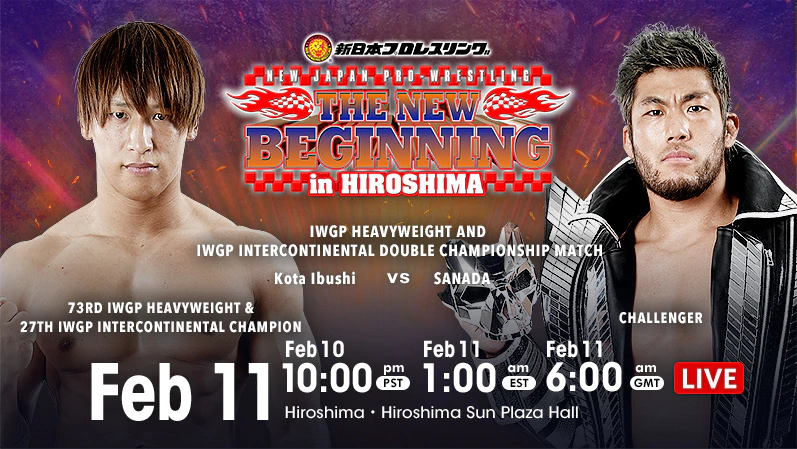 On Thursday, February 11 at The New Beginning in Hiroshima, Kota Ibushi will be defending the IWGP Heavyweight & IWGP Intercontinental titles against SANADA.

Ibushi’s opponent recently did an interview with NJPW1972.com.

During the interview, SANADA revealed one of his weaknesses is the mic after being told how Ibushi said he has no “discernible weakness.” He also admitted that there are plenty of things he’s not good at, so he just doesn’t do them.

“Oh, I have plenty of weaknesses,” SANADA revealed. “Of course. I’m just good at hiding them. There are plenty of things that I’m no good at, and I just don’t do them. That’s the trick. So maybe it looks like I have no holes in my game. I haven’t really spoken with Ibushi, so I don’t think he knows much about who I really am. Oh yeah. Have you heard me on the mic?”

“Exactly,” said SANADA after being asked, if he created a mystique as the “strong silent type” because of his weakness at the mic.

During the interview, he also revealed his thoughts on Kota Ibushi, calling him different in strange ways.

“He’s different, for sure,” the Los Ingobernables de Japon member admitted. “And different in strange ways. Like, he has those moments in his matches where he flips out, right? Gets really mad.”

‘The chase is when people shine the brightest. In Ibushi’s case, I’ll happily put him back in that position.’

Previous
Straight Up Steve Austin Viewership, Damian Priest Threatens The Miz, Christian And More On The Bump
Next
Bianca Belair On Signing With WWE Without Coming From Within The Pro Wrestling Industry