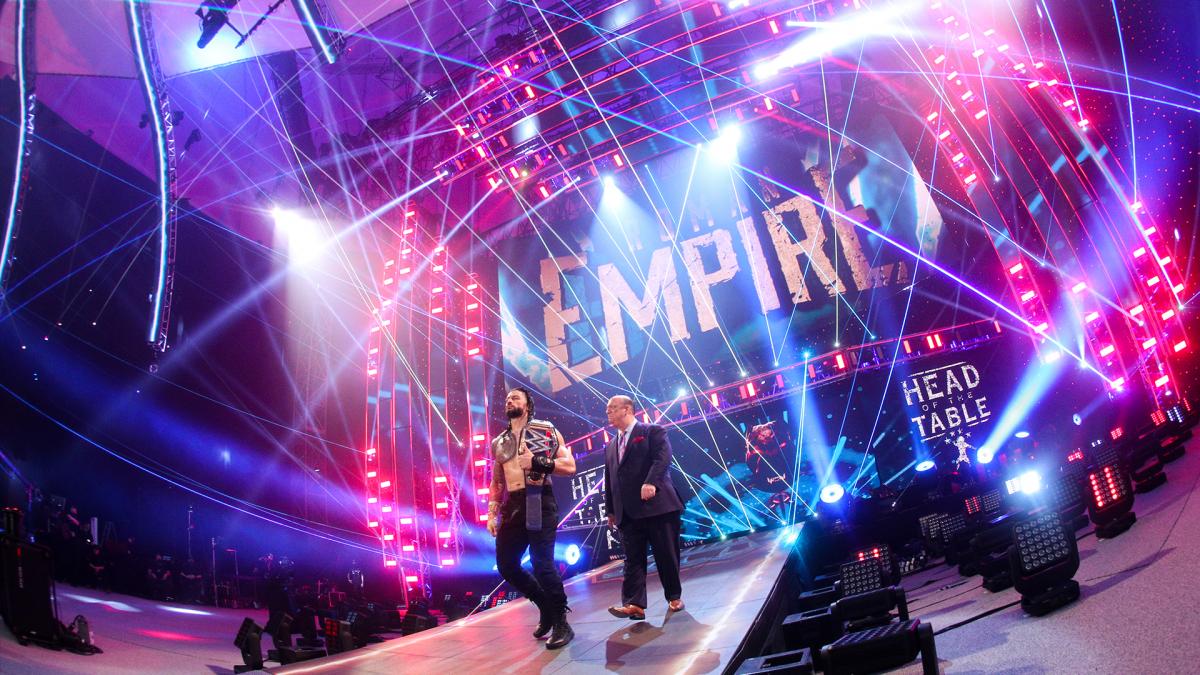 Just on the eve of the Elimination Chamber, Paul Heyman concluded this week’s Talking Smack by giving a little preview of what fans can expect from the Universal Champion Roman Reigns and his title defense this Sunday. But before “The Tribal Chief” defends his title, his challengers will battle for their No. 1 Contender spot. Heyman strongly believes Reigns will retain his title going into WrestleMania 37.

“Ladies and gentlemen, it’s fight week; it’s fight weekend. You have the rare opportunity to see in action a legend, a once-in-a-lifetime champion, the standard-bearer in WWE, Roman Reigns,” Heyman began. “‘The Tribal Chief’ himself will defend the Universal Championship tomorrow at Elimination Chamber against the winner of that very chamber. The winner of that very chamber, a man who can display such — politically incorrect word — violence that he not only survives but thrives inside the chamber beats whoever is surviving and emerges as the victor. What happens then?

In other Reigns news, last night on SmackDown, Edge kicked off the show to announce that come Sunday, he has a big decision to make on who he’ll challenge at WrestleMania 37. Roman Reigns and his”Special Counsel” came out to confront “The Rated R Superstar.” After an interruption from Sami Zayn, Reigns whispered something in Edge’s ear before leaving the ring.

Towards the end of the show, the Universal Championship Contenders for Sunday, Daniel Bryan, Kevin Owens and Cesaro, won their six-man tag team match against Jey Uso, King Corbin and Sami Zayn. Following their victory, a big brawl ensued, causing Edge to run back down to the ring to help even the odds by connecting his signature spear on Uso. Just when he thought the coast was clear, Reigns slithered in and returned the favor on Edge, which sent the former WWE Champion crashing head-first onto the canvas.

After his savage attack, Reigns took to Twitter and issued a message that said, “I let you open my show, but you’re not going to close it.”

You can watch Paul Heyman’s promo on the WWE Network. If you use any of the quotes in this article, please credit Talking Smack with a h/t to Wrestling Inc. for the transcription.

I let you open my show, but you’re not going to close it. #Smackdown https://t.co/f5o0uAXkum