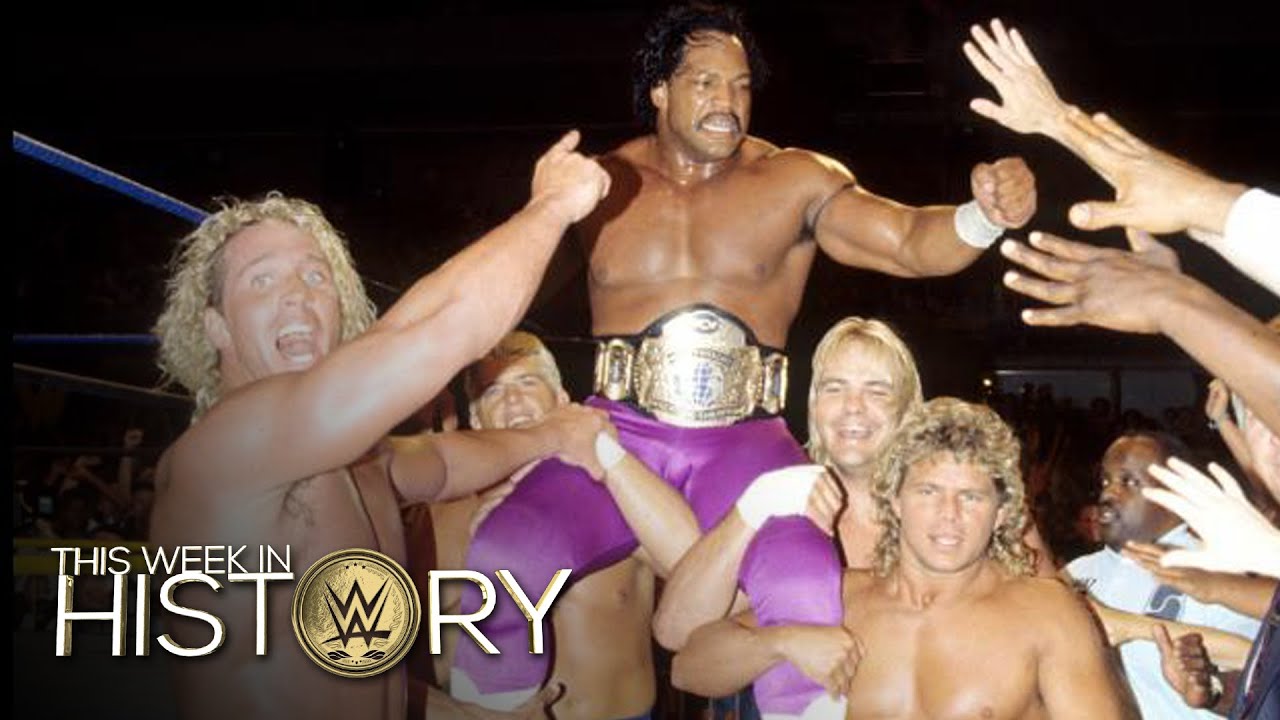 In honor of Black History Month, the panel on WWE’s The Bump honored Ron Simmons this week, who was the first-ever Black WCW World Heavyweight Champion in company history. Looking back on this career-defining moment, Simmons recalls how he was caught off guard that day when he found out he would be Vader’s challenger for the title.

“I had no idea that this was going to take place because you gotta understand I was still working my way up the card,” Ron Simmons explained. “I was coming in with the same attitude that guys had below me. I thought, ‘Hey, let me do my job, work hard and try to work my way up the ladder.’ I was called in and told, ‘Hey, tonight, you’re going to be in a championship match.’ I’m like, ‘What are you talking about?’ That’s how that took place, you know. That’s why I refer to this as a real moment in professional wrestling history.

“The thing I love the most about it was it wasn’t just for Black fans who attended it was for everyone. Every time I look at that, that feeling is the same. I know that was a real moment for me in this business. I did not set out to make history or to be the first Black Champion. That wasn’t something that was on my mind. Even to this day, it’s something that with all the accolades and championships that I’ve won, for someone to come up to me – not just Black, but all cultures – and say, ‘Hey, you helped changed my life that night’ you can’t…there isn’t anything else to say, man. Nothing feels better than that.”

Fast forward three years later in 1996, Simmons would take flight by forming The Nation of Domination. Simmons explained to the panel how this group came together and what were some of the influences behind it.

“We wanted to get edgy with it, but we didn’t want it to seem too racist. We wanted to be inclusive with all cultures,” he noted. “Having said that, it was about pushing all the guys in Nation of Domination to make them the best and as successful as possible. It was a joy for me to watch each one of those guys evolve and come out of a stagnant career at this point. Each one would come for advice and form their characters as they continued in The Nation and when they went towards their singles career.”

With so many well-established members in The Nation of Domination, no one rose to great lengths the way The Rock did during The Attitude Era. Simmons recalls the trials and tribulations Dywane Johnson had creating his gimmick and how he played a pivotal role in helping Johnson become the megastar that’s still talked about to this day.

“Well, he’s already had the pedigree, you know,” he laughed. “His family goes all the way back in this industry. They were having problems finding the right niche for him. He had gone through several stages, and they weren’t working. As he came through The Nation, he started adding his little niche to it, and his mic skills evolved. He already had the talent in the ring, and he continued working on the mic. He would come to me and ask me what I thought was going to work and what wasn’t. I’d tell him, ‘Go out and do what feels natural to you. Don’t imitate anyone else. Be the character you think you want to be.’ That’s what each one of them did, and I’m very proud of them.”

Simmons never realized the night he won the WCW World Heavyweight Championship just how many doors he broke down for future Superstars like Kofi Kingston and his Nation of Domination ally, Mark Henry, when they became the first-ever African WWE Champion and first-ever Black WWE World Heavyweight Champion, respectively. Seeing Kingston and Henry surpass the expectations set in front of them brings so much joy to Simmons.

“It goes back to the same feeling of when I became the champion,” he began. “You know, Mark Henry and Kofi, these guys know that someone has to be first to make those groundbreaking moments and to make this possible for everyone else, not only for just Black men but others who are aspiring to be in this business. You cannot get a better feeling than that. That makes it worthwhile for me with all the characters that I’ve been through and working in The Nation will all of those guys.”

Next, Simmons brought in a few laughs when he explained the origin story of his well-talked-about catchphrase, “Damn,” and how that started 23 years ago when he and JBL were part of APA.

“People always tease me about it, but they never ask me the origins of it,” he mentioned. “That started when Bradshaw and I were tagging together. When something would go wrong, the people in the first six or seven rows could hear me say, ‘Damn.’ Each time we would go back to those towns, the more I said it, the more people started chanting it. I’d ask Bradshaw, ‘What are they saying?’ He’d say, ‘I think they’re saying Damn because you say that every time something doesn’t go the way you want it to go.’ So, the writers got wind of this, and they said let’s try this.

“So, Booker T and John Cena are having an exchange in Chicago, and they wanted to try this. At the end of the exchange, they wanted me to simply walk out and say, ‘Damn.’ I did, and that was how that was born.”

You can watch Ron Simmons’ full interview here. If you use any of the quotes in this article, please credit WWE’s The Bump with a h/t to Wrestling Inc. for the transcription.