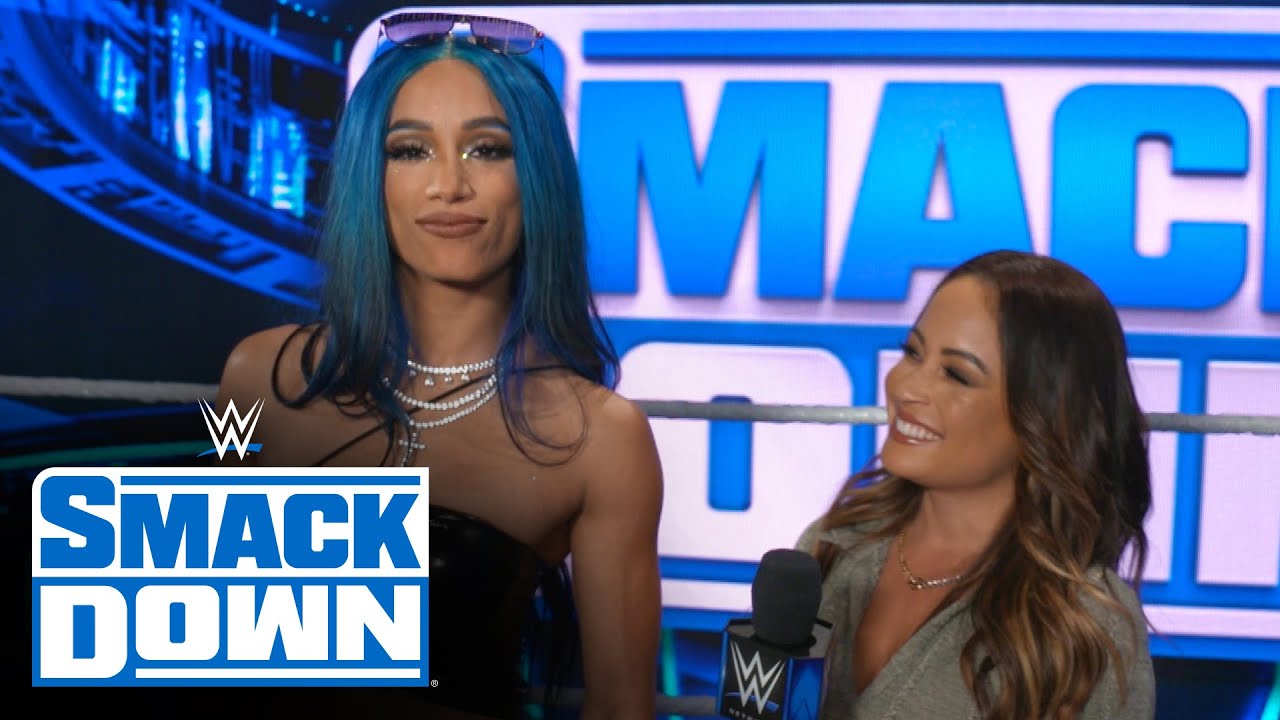 – Above, WWE SmackDown Women’s Champion Sasha Banks reacts to being the honorary starter at the Daytona 500 on February 14 .

“The 63rd [Daytona 500] — that’s history, legit history” Banks said. “To be honest, I don’t know much about race cars, but I do know I love to drive fast. Okay? I’m the legit boss, and I’m going to bring my ‘bossness’ to it. So, I cannot wait to wave that flag, like the standard that I am.”

Before Tom Brady and Patrick Mahomes air it out in The Big Game on Sunday, WWE Superstars will be taking over Tampa Bay this weekend.

On Saturday, Titus O’Neil and The Miz will patrol the sidelines as coaches while Cesaro and 24/7 Champion R-Truth will hit the field in the Celebrity Flag Football Game on ESPNews at 2 p.m. ET.

WWE Champion Drew McIntyre joins the mix on Sunday for “The Shaq Bowl,” as The King of Claymore Country and The Miz take part in the flag football exhibition. Diplo, Ezekiel Elliot, Olivia Culpo, Quavo and Steve-O will take the field with The Miz on Team Kansas City, while McIntyre will be flanked by Anthony Anderson, Nelly, Offset, Tim Tebow and Winnie Harlow when the game streams live on Shaq’s social channels at 3 p.m. ET.

Tampa Bay’s own Titus O’Neil will help roll out the red carpet for his hometown in a special “Tampa Live 55!” pregame broadcast. The celebration streams live Sunday at 1 p.m. ET from Sparkman Wharf on Tampa’s downtown waterfront on TSU Network, FITE.TV and Sports Talk Florida with Tiki Barber, Montel Williams and more dropping by.

When the Big Game gets underway, former 24/7 Champion Rob Gronkowski will be hunting his fourth championship. 16-time World Champion John Cena will also be featured in the all-new Mountain Dew commercial that will air during the broadcast.

Don’t miss all the amazing action from Tampa this weekend!

– WWE cameras caught up with Rey and Dominik Mysterio after Dominik’s victory on SmackDown against King Corbin. After Friday’s win, and eliminating Corbin from the Royal Rumble, Dominik was asked if he has Corbin’s number.

“I think at this point we’re two and two,” Dominik responded. “He picked up two wins over me the past two weeks on SmackDown. I eliminated him at the rumble and picked up the victory on him today, so that makes us two and two. As far as I see it, we’re even.”