Sasha Banks Recalls Thinking WWE Was Going To Release Her, How She Got Her Name 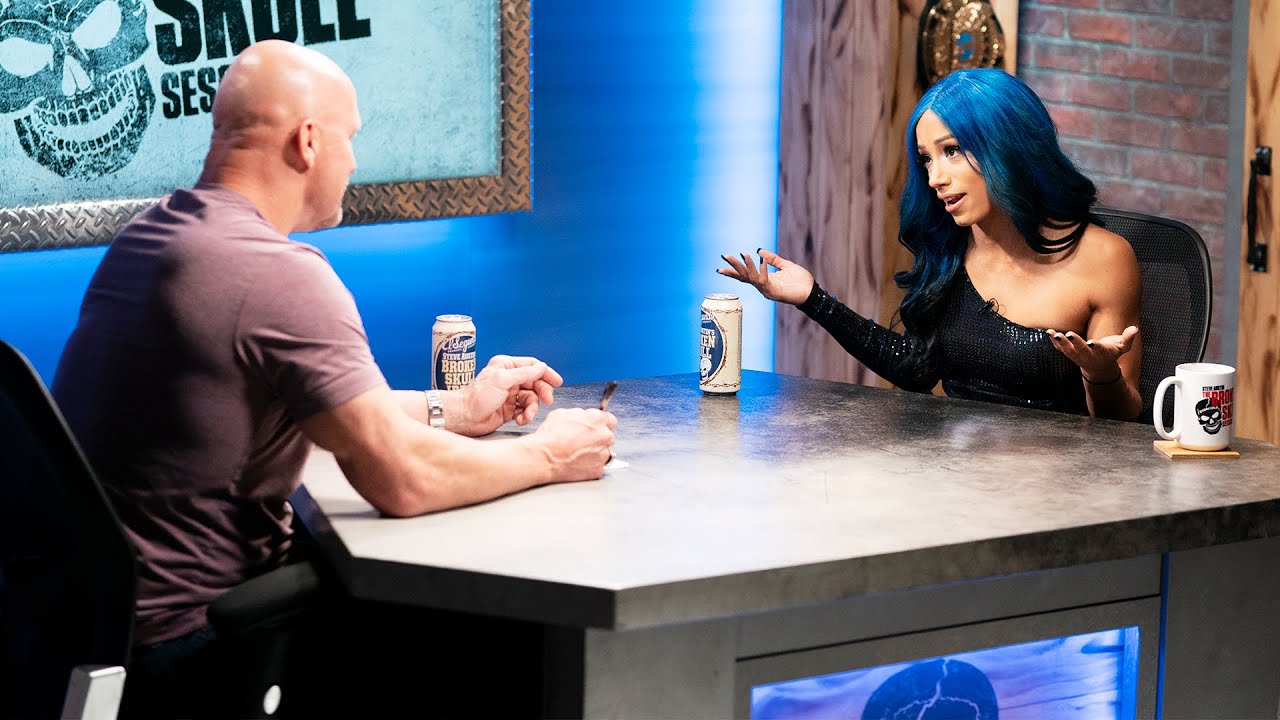 As a guest on the latest episode of Broken Skulls Sessions with Stone Cold Steve Austin, Sasha Banks, whose real name is Mercedes Varnado, discussed the origins of her name in WWE. Banks mentioned how the Sasha Banks name was created and her mother’s reaction when she first heard it.

“I remember my first week they were like give us a list of names,” Banks said. “I just remember putting Sasha with a different last name and Banks with a different first name. And then I had a match the week after that and Sara Del Rey came into the locker room like ‘You’re Sasha Banks.’ Yanno what? I love that, that sounds like money, it sounds like gold.

Banks continued to talk about the creation of The Boss character in NXT. She said she was on the chopping block in WWE and was helped out by a few names who helped her see things differently.

“In 2013, I felt an energy that I was going to get released,” Banks said. “I had no character. I had nothing but good wrestling skills. Every single week I would go to promo class and just be happy and grateful to be there. When you feel energy and my energy, I can feel a lot of things. I was like I’m on the chopping block and I cannot get fired. I could not get fired in this place I grew up watching my whole life, my only dream.

Banks said her character came from her being at a WrestleMania with her cousin Snoop Dogg. She then took it to NXT, where the only person who liked it was Dusty Rhodes.

“The first one I did was The Boss because my cousin is Snoop Dogg” Banks said. “I remember at 16 years old going to WrestleMania in Orlando with him and him doing rehearsals and I’m walking down the ramp with him behind him and I see all the girls. I get to see all these friggin’ women that I get to watch every single week and I’m like ‘I am going to be walking down this stage one day, and I gotta do it like Snoop Dogg.’ Everybody around him calls him The Boss, so I’m like that’s a good character, let me take that and turn it up.

“I’m the baddest, I’m the greatest, I’m The Boss of NXT. I tried it in promo class, everyone sh** on it except for Dusty Rhodes. Nobody got it, no one understood it except for Dusty. He’s like ‘That’s what I wanted. Keep on coming back every single week and doing that and that’s the sassy Sasha I’ve been dreaming and seeing and wanting you to be.’ It’s so crazy.”

If you use any of the quotes in this article, please credit Broken Skull Sessions With Stone Cold Steve Austin with a h/t to Wrestling Inc. for the transcription.