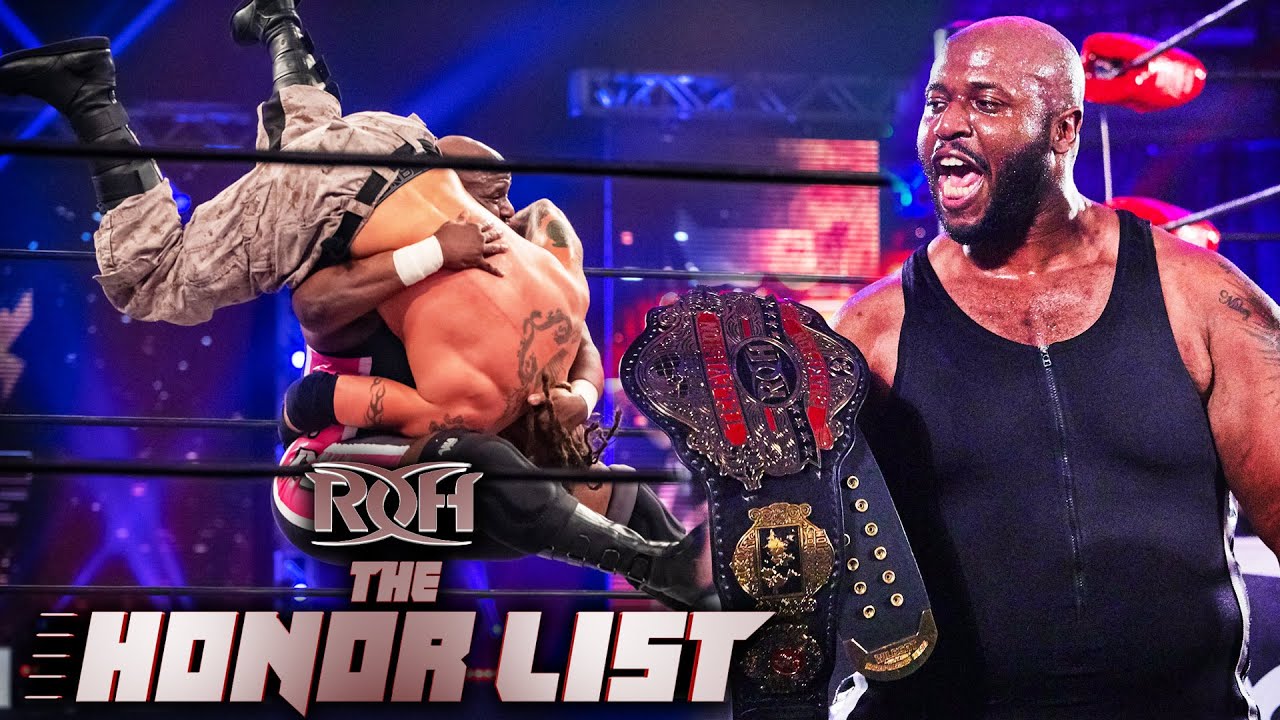 Former ROH World Television Champion Shane Taylor could become only the second African American – after Jay Lethal – to capture the ROH World Championship when he challenges RUSH for the title on Feb. 27.

In the lead-up to the match, Taylor spoke to Andrew Thompson of POST Wrestling.

“I mean that’s the goal,” said Taylor. “Only three of us [Black wrestlers] have held the Ring of Honor World TV Title: Myself, Jay Lethal and Kenny King and only Jay has reached the top of the mountain for the world title,” said Taylor. “That is why I make no bones about it that when I say I’m only chasing two legacies in ROH, that’s why, because we’re all here right now in our primes.”

Taylor spoke of the importance of a prominent Black male figure dominating a pro wrestling company.

With an option in his contract for 2022, Taylor could potentially become a free agent next year. When asked if he plans on sticking with ROH, Taylor said “anything is possible” and he’s not in a hurry to make a decision.

“It’s possible [that I’ll sign a new deal],” he said. “Anything is possible. What I really wanna make sure is that no matter what happens, that Shane Taylor Promotions remains a unit. So if I do go somewhere, I wanna take them with me. If I stay, then we’re all there together but, the goal is to take this thing and make it our version of DX, our version of Bullet Club, our version of the nWo and make it something that people can celebrate and historically can compare to some of the greatest factions ever in the history of the sport and I think we have the talent to do it, so we’ll see. There’s a lot of time between that decision and right now so we’ll see but that’s the goal.”

Besides the ROH World Championship, Taylor has the opportunity to win more gold this weekend when he teams up with Moses and Kaun of Shane Taylor Promotions to challenge Bandido, Rey Horus and Flamita for the ROH World Six-Man Tag Team Titles.

See below to watch his full interview: