Former WWE Star On Why She Has Heat With Doc Gallows 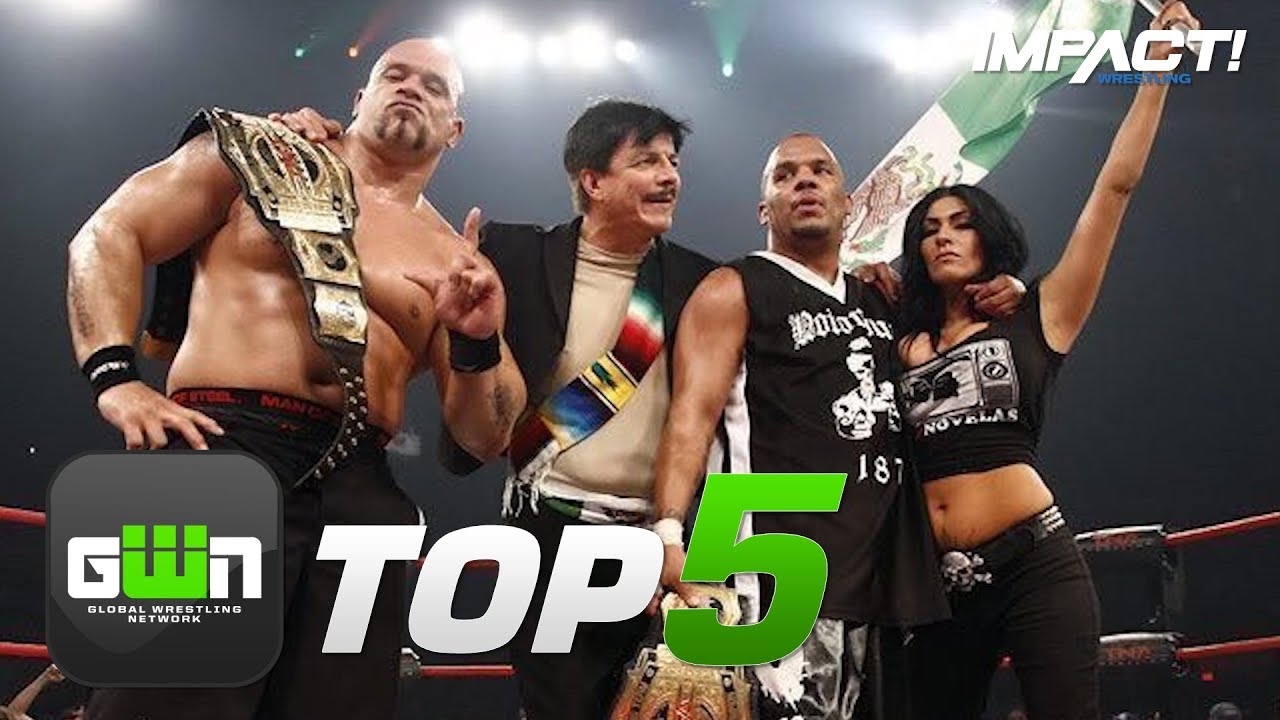 The Latin American Xchange, aka LAX in TNA, were billed as a tight-knit group of Hispanic wrestlers throughout their many incarnations. But all of the members of the faction never always got along and some of them still don’t see eye-to-eye.

Two of those people are Hernandez and Shelly Martinez aka Salinas. Martinez gave her side of the supposed heat with Hernandez in an interview on VOC Nation.

“Hernandez is one of those people that I have asked over and over to his face what his problem with me is, and he says he has no problem with me. I don’t know what else to do when it comes to that point. When it comes to a point, I’m able to talk to people and say ‘what is your issue with me’ and they back down, I don’t know what else to do. There’s no other conversation to be had,” Martinez said.

Hernandez and Martinez were in LAX together in 2008 until Martinez departed TNA. She was asked about a recent incident at a wrestling convention where Hernandez was disrespectful and mocking her.

“The second to the last time we worked together, we were taking group shots at [a] convention together and he was standing behind me and flipping me off,” revealed Martinez. “So, fans have these photos; they sent them to me. Maybe some fans for a second think that’s funny, but maybe some don’t…”

What’s confusing to Martinez is that she and Hernandez seemingly got along while they worked together in TNA and it wasn’t until afterwards that Martinez realized there was heat. She talked about her working relationship with LAX and who else she also butted heads with that she managed.

“When I was in LAX, it seemed to me that Shawn [Hernandez] was really cool with me. We would joke; we had inside jokes. It wasn’t until life after TNA that I realized [there was] an issue,” admitted Martinez. “At least with Kevin [Thorn] we butted heads while we were working together, so it is what it is.

Hernandez isn’t the only person in the wrestling industry who has issues with Martinez. She revealed that Doc Gallows is also on her bad side, and vice versa, thanks to a friend of hers that entered into a relationship with the Good Brother.

“[Gallows] used to be interested in somebody that I was very close to at one point in my life. I was all about them; I thought they would be a great couple together. When I got to find out more about his dating history and things like that, I [didn’t think] he was good for my friend after all so I was very against it,” stated Martinez.

“It’s so crazy because around the time that I was all for it, she was very hesitant about it; but then when I said ‘you dodged a bullet’, she was like ‘I like him now.’ Well, they ended up getting married.

“To be honest with you, I don’t know what his issues with me are aside from the fact that she probably has told him what I said about him, how I feel about him, his dating history, and things of that nature…”

Martinez announced her retirement from pro wrestling in 2017 but she seemed to burn several bridges before getting there. She was asked how the negativity from Hernandez and Gallows affects her, if it affects her at all.

“I think it’s hilarious that these two dudes that I’ve literally done nothing to – and both of them never tried to sleep with me – so it’s not like they’re mad [about getting turned down]… [I loved to party] with Luke Gallows, I loved to drink with him, whatever. With Hernandez I loved performing with him, I loved goofing off backstage with him, it was fond memories… These dudes all of the sudden just have a problem with me.”