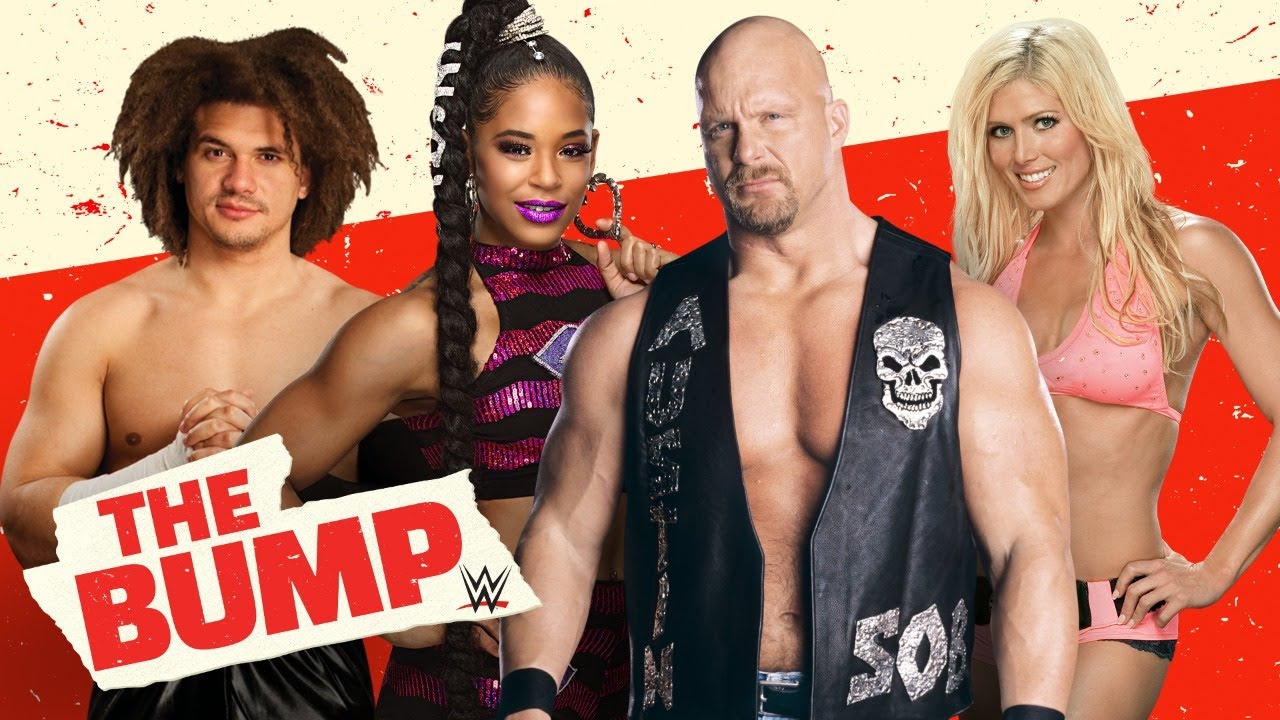 On the latest episode of WWE’s The Bump, “Stone Cold” Steve Austin made his first-ever appearance on the show. While he was on, the panel went down memory lane with “The Rattlesnake” and looked back on key matches that solidified his Hall of Fame career.

The first match they looked back on was his Steel Cage Match against Vince McMahon to determine the No. 1 Contender for the WWF Championship at St. Valentine’s Day Massacre in 1999. Despite their match lasting less than eight minutes, Austin was thrilled to give McMahon his moment in the sun as an in-ring performer.

“Well, you know, Vince always wanted to be an in-ring performer, but his dad wouldn’t let him, so he just turned into the greatest promoter of all time,” Steve Austin mentioned. “This window of opportunity opens up organically so we could start feuding together and that it puts him in the ring. Vince was not the most graceful human being in the world. I say that with all due respect because I love working with him.

“There’s something about him…what I feel for the business was reciprocated 100 percent from him to me. You have to have that energy that goes back and forth for things to work like they do. People love to hate him, and they loved to love me at the time ’cause I was a baby [face], but that was a match made in heaven.”

The second match they looked back on was his Three Stages of Hell match with Triple H at No Way Out (2001). Panelist Matt Camp believes this match was very underrated in terms of how well it was orchestrated. Austin couldn’t have agreed more.

“I think I was coming back from an injury or a layoff or something,” he tried to recall. “[It was] an absolute grinder of a match. I have always loved working with Triple H from our days way back in WCW when he first rolled in. We always battled for control, and we always had chemistry and respect for each other.

“At the end of that match, an overzealous fan throws a beer can to me. That can hit me, but it didn’t cut me. I was just like, ‘Really?’ I just busted my ass for 45 minutes with this guy, and I get hit with a beer can? What a night at the office. But to your point, it doesn’t get the accolades that it deserves.”

When WWE bought out WCW on March 26, 2001, Steve Austin, like many of his former WCW co-workers, always wondered what exactly was the motive behind the purchase.

“I remember one time I asked Vince, I said, ‘Were we trying to put those guys out of business, or were we just trying to beat them?’ Vince being the visionary that he is, never likes to think he put anybody out of business. Maybe they didn’t have the vision to expand like he did.”

At WrestleMania 19, in the co-main event match, Steve Austin and The Rock concluded their trilogy rivalry in front of 54,000 fans in Seattle. Austin noted in his interview that The Rock and a few guys in management were the only one’s who knew that this was going to be his final in-ring match, and the emotions that night were overwhelming.

“Nobody really knew this was going to be my last match; The Rock knew, and a couple of guys in management knew. I was going to go ride off into the sunset,” he stated. “I defeated The Rock two times prior at WrestleMania, and at WrestleMania 17, we rocked the house…I thought the match was good, but it could have been better.

“I love The Rock. Right there, that part in the ring, he pushes Earl Hebner out of the way and says, ‘Hey man, I appreciate everything you did for. I just want you to know that I love you.’ I’m laying there with my eyes closed, and I said, ‘I love you, too.’ He meant it, and I meant it. Like we both said, we bring out the best in each other.”