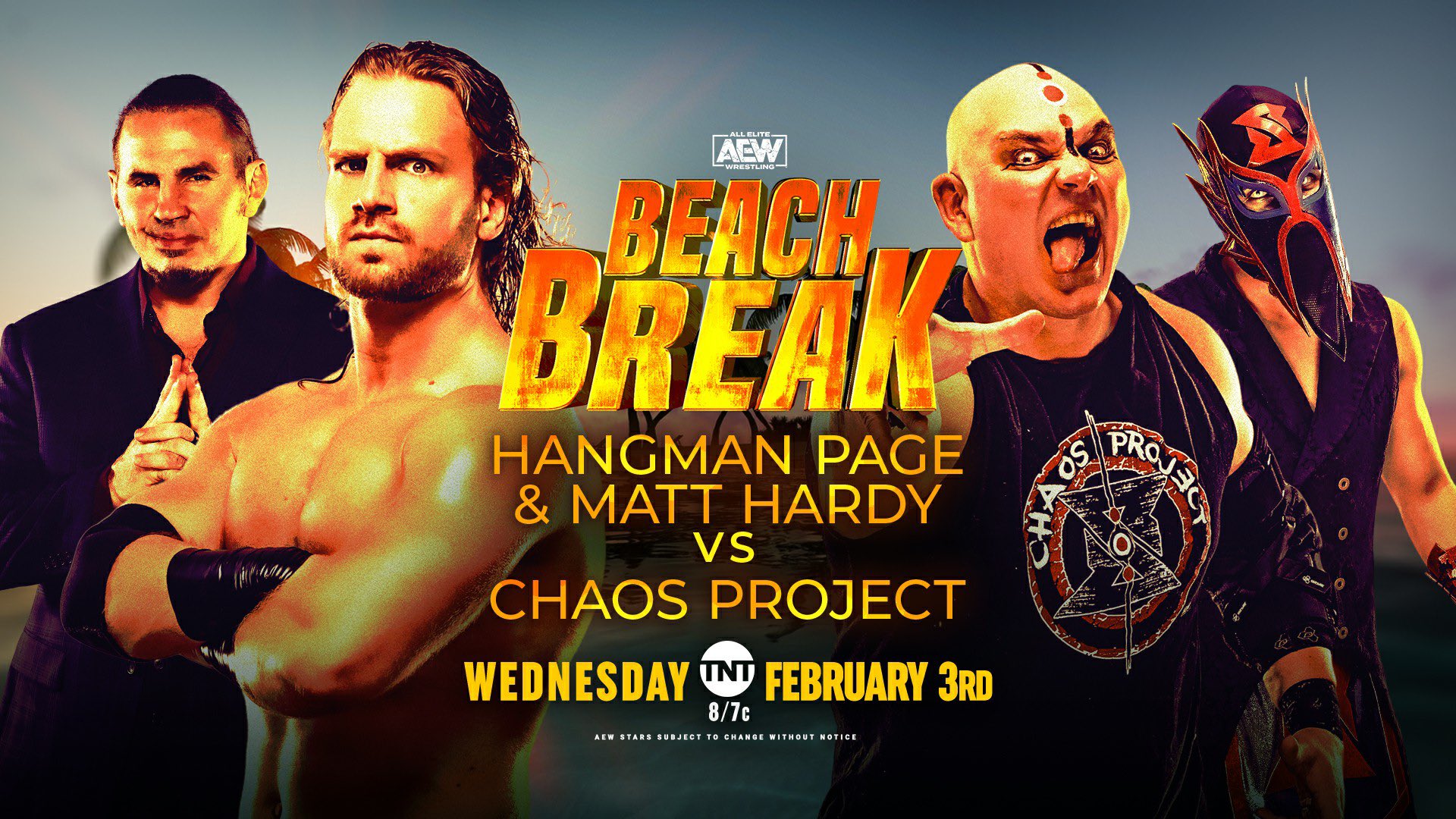 Matt Hardy took to social media to comment about the upcoming match.

He tweeted, “After #AEWDynamite last week, Hangman & I spoke again, our talk was eye-opening, we’ll show it to you tomorrow on Dynamite. Hangman & I agree that Chaos Project should be punished for crashing a child’s birthday. My buddy @TonyKhan has booked us a tag match against them tomorrow!”

The promotion tweeted, “Hangman Page and Matt Hardy reunite as a team for the first time since Stadium Stampede to take on Chaos Project tomorrow night on #AEWDynamite at Beach Break Live on @TNTdrama”

Below is the updated lineup:

* The wedding of Kip Sabian and Penelope Ford