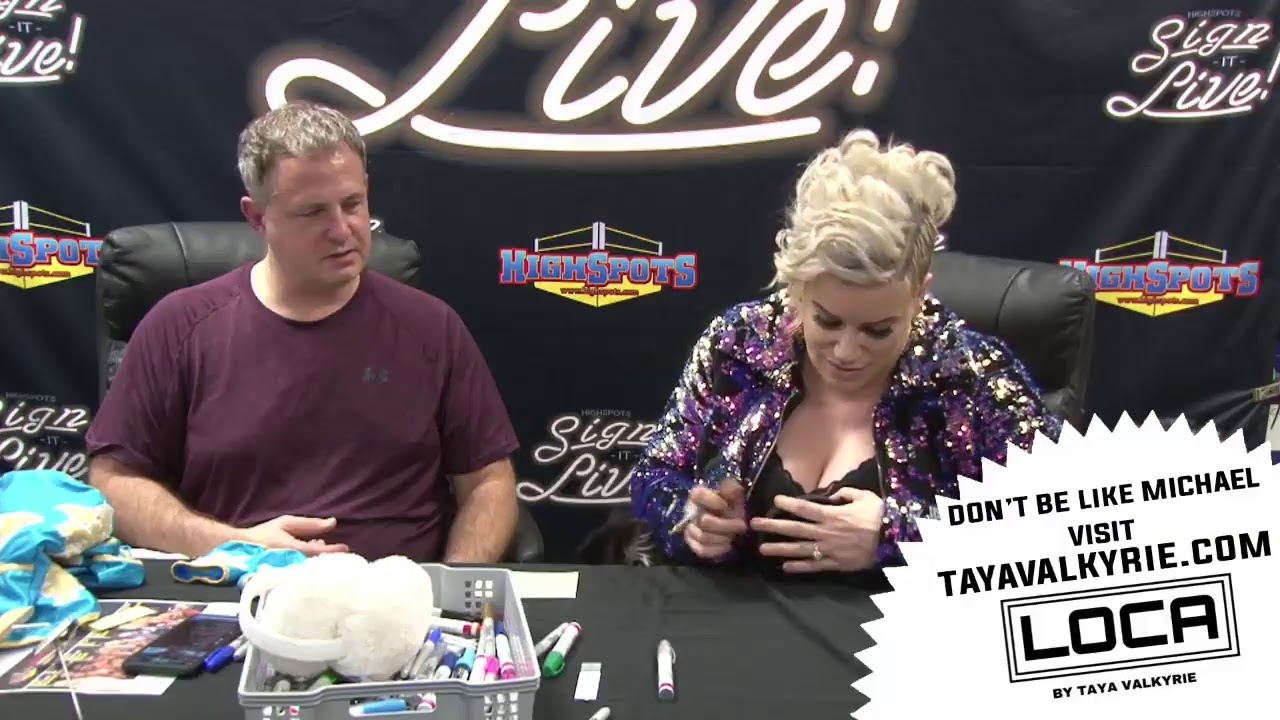 A few weeks ago Taya Valkyrie was written off Impact programming which coincided with her departing the company after three-plus years. That follows the departure of her husband, John Morrison, who left in mid-2019 for WWE.

Since leaving, Valkyrie hasn’t signed with a promotion but obviously WWE is appealing since her husband is there. But AEW also has allure with their women’s division and Valkyrie was asked which of those companies she would prefer in an interview with Highspots Wrestling Network (h/t Post Wrestling).

“Well, I really enjoy both products. Obviously, I’m a wrestling fan, always have been. There’s a lot of people that get into wrestling [that] are wrestling fans, surprise, and honestly, I don’t know what’s gonna happen next for me because as a lot of people don’t realize is that I have been signed for about eight-and-a-half years from AAA into Lucha Underground into IMPACT. And this is actually my first-ever time in my career as a free agent,” revealed Valkyrie. “So, it’s a really important time for me to really think about what’s important for me, for my family and make the best decision moving forward for my career. So, we will see. It will all play out, don’t worry.”

Because she’s been in the Impact and Lucha bubbles for so long, there are numerous women’s talents out there that Valkyrie has never been in the ring with. She was asked who else she would like to wrestle and she mentioned several AEW and WWE talents.

“Well, I have never wrestled Kris Statlander, which I think would be — call her up. I’ve never wrestled her. Is that weird? There’s somebody like that too that I’ve never wrestled before. I don’t know. Even someone like Britt Baker, I’ve only ever been in a tag match with her for like — I think we were against each other for like two seconds. There was never any sort of actual, you know, interaction there so I would love to face both of them,” said Valkyrie.

“I would love to face obviously some people like Charlotte and Sasha Banks and I have wrestled Io [Shirai] before one time in STARDOM and I would like to wrestle her again. So those are kind of my current top chicks if I had to pick.”

Previous
Tony Khan Talks AEW Being The “Number One Wrestling Company In The World In 2019” In Attendance
Next
Shaul Guerrero: “I Don’t Know That I Will Ever Go Back To WWE”
Follow @WrestlingINC