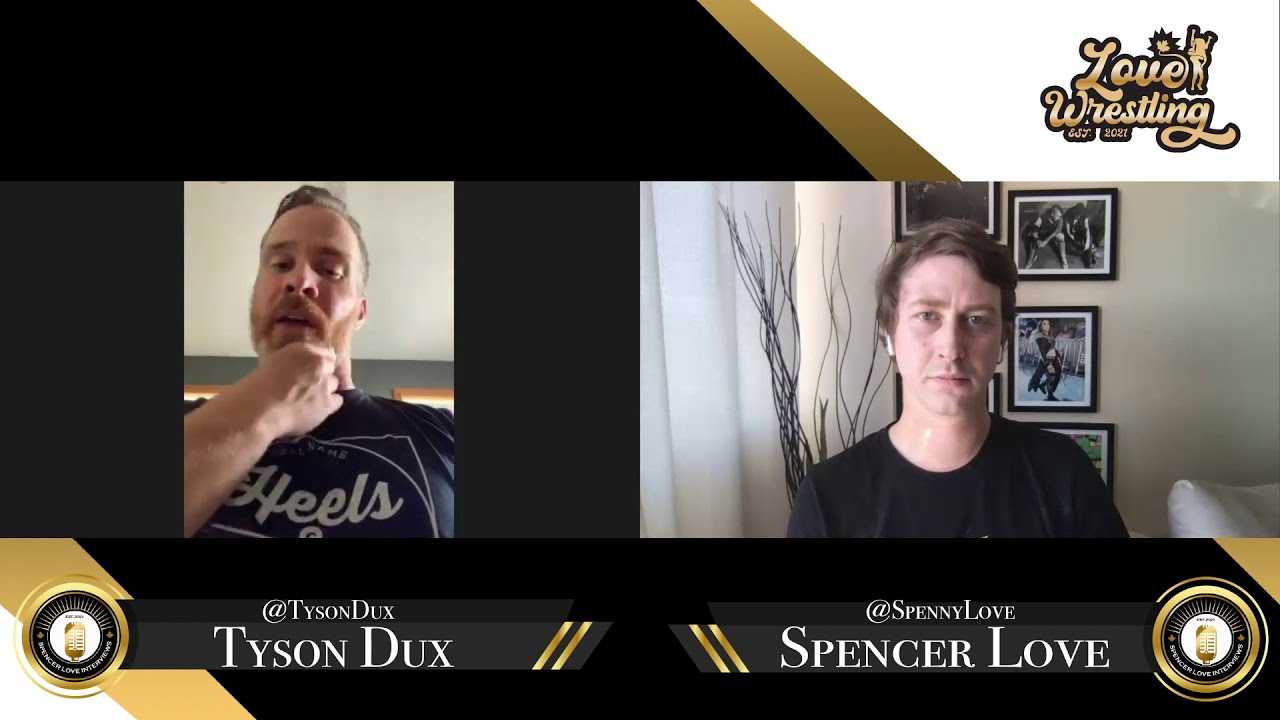 As a career journeyman, Tyson Dux has found himself popping up in just about every major North American promotion. Over the past two decades, Dux has had brief stints in WWE, Ring of Honor, and Impact Wrestling.

One notable North American promotion missing from that list is All Elite Wrestling. Even though AEW is a much younger company, Dux was actually scheduled to work with them last year. Speaking to Love Wrestling, the former Cruiserweight Classic competitor revealed he was lined up to tag with Shawn Spears.

“It was supposed to be a thing with Spears, when Spears was having people come out and doing tags with him,” Dux said. “It of course switched since then, but they wanted me to come down and tag with him, be his partner, and run that kind of angle. That’s all gone now but we’ll see what happens. We’ll see him down the line.”

While the AEW appearance fell through, Dux would have been no stranger to Spears. As a fellow Canadian, Dux and Spears have crossed path before. Dux had high praise for the Perfect 10, noting some of his in-ring psychology is second to none.

“With Spears it’s one thing, and this is the hardest thing in professional wrestling to learn,” Dux said. “It’s only when you start in this business that you really get a sense of it, but it’s timing. Shawn is a good big guy, attractive, athletic, all this stuff , but what sets apart (more) than anybody else is his sense of timing is perfect. He knows when to sell, when to fire up, when to go back to the sell, when to change gears, all this stuff where I don’t have to tell him. I don’t have to plan anything, we can just go out there and do it. He’s just got a real natural gift for timing.

“A lot of guys, I have to pull along. Like I either (say) like, ‘Slow down,’ or I was like, ‘Pick it up,’ you know what I mean? I never, I have never had to give him one of those calls ever. Like none of those cues. Whereas like guys on – usual guys that think they know what they’re doing in this business, you know how it is, they go a long time, but all it is, is they just know how to do wrestling moves. They don’t know when to put the wrestling moves and why they’re putting the wrestling moves. Shawn knows how.”

As a Canadian native, Dux keeps his ear to the ground when it comes to the wrestling scene in his home country. Dux noted that Ontario is where the scene is the hottest, but Canada has many provinces that boast top talent.

“No, see, Ontario’s the hotbed because we’re the center of like – well, we’re not really the center, but a lot of people focus on Toronto being the center of Canada, which is not the case,” Dux said. “There’s so many great places in this wonderful country. I’m an East Coast kid but had to move to Ontario, and the majority of the work is in Ontario which is just the way it is. There’s so many cities. In New Brunswick, you can go from one into New Brunswick in a day, in like half a day. It’s a half a day! You can’t really do much of a tour out there, whereas in (Ontario) you’re like two hours away, highway driving, and you got different cities and you can hit them all, and so it really is the hotbed. There’s not – there’s really no downtime. There’s really no downtime and that’s – I’ve always wanted to be in Alberta. I’ve always wanted to wrestle in Alberta. I’ve always wanted to wrestle out west, and I finally had the chance to just as this COVID went down. I was supposed to be in Europe, come home from Europe, go to AEW, from AEW go over to Vancouver, from Vancouver, go to Newfoundland, and it was just bouncing back and forth. But, you know, we’re just gonna have to wait and see.”