Views From The Turnbuckle: What Does A NJPW And AEW Relationship Mean? 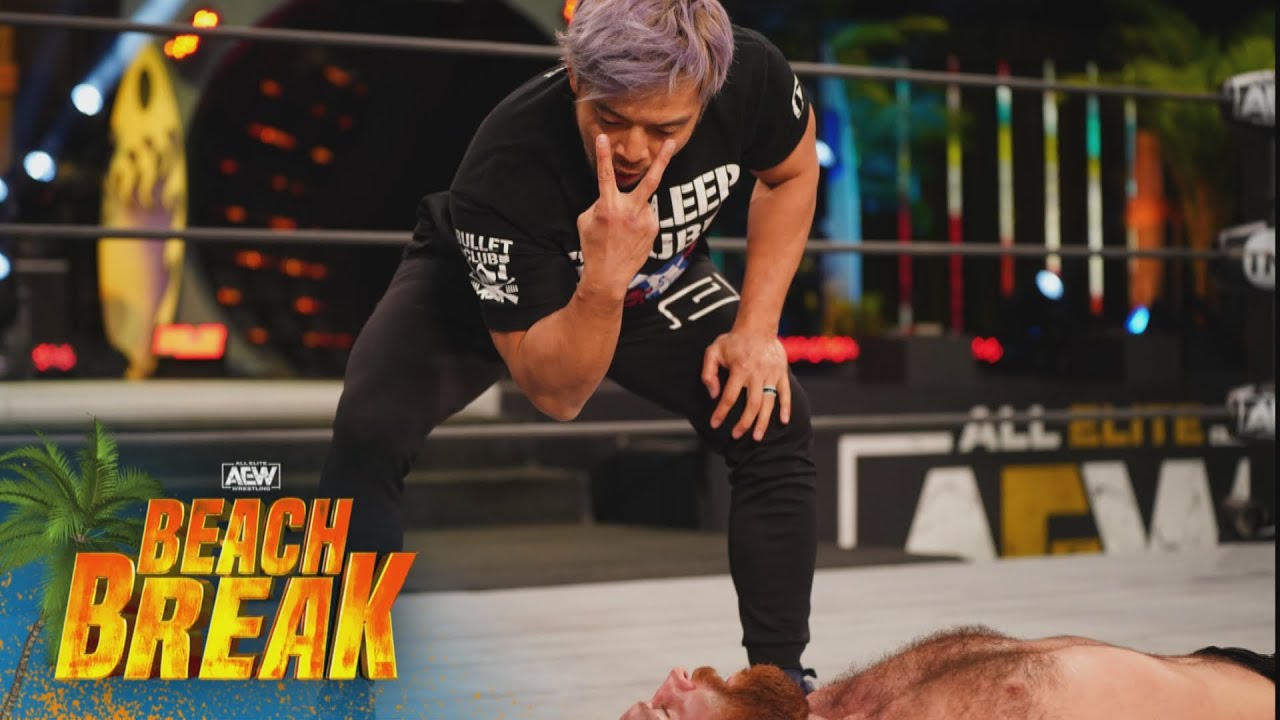 Fans of both NJPW and AEW have been dreaming of the day a working agreement between the two promotions would be announced since the moment AEW was founded. As the company started weekly television, fans were just waiting for that one moment when a NJPW star would make a surprise appearance on AEW television, and start the working relationship between the two companies.

On Wednesday night, that is exactly what happened. KENTA strolled into the ring at the end of Dynamite and delivered the Go To Sleep on Jon Moxley, making it clear that NJPW was now allowing their contracted wrestlers to appear on AEW television. With Dave Meltzer reporting that a working relationship does exist between the two promotions, it opens the door to a million different fantasy angles that fans have been itching to see for years.

What does a working relationship really mean? How could it benefit both promotions? Is there a risk associated by these two promotions working together?

From a business perspective, I’m slightly pessimistic that it will have any gigantic impact on AEW business. An AEW and NJPW relationship primarily benefits hardcore fans who follow NJPW or followed NJPW in the past. Fans who are unfamiliar with NJPW, and non-AEW fans who may only watch WWE, will not be inclined to suddenly tune into AEW because of any angles involving NJPW talent. There is some benefit from the relationship creating a buzz online among hardcore fans that can trickle down to casual AEW fans who see a wave of positivity online about the product, which might motivate them to tune into Dynamite, but the immediate impacts will probably be smaller than some people expect.

With that being said; if you are simply a fan of pro wrestling in general, the relationship is awesome. It creates a lot of excitement and possibilities that are simply fascinating. Dream matches and angles are now possible; a Kazuchika Okada match with Kenny Omega in the United States. Kota Ibushi vs Kenny Omega might be the most-anticipated match in the wrestling industry. Hiroshi Tanahashi vs Chris Jericho again. Shingo Takagi vs Jon Moxley. We could spend all day talking about dream matches that fans would love to see.

Going by the business model for each company, I could see AEW and NJPW looking to get different things out of the other company. NJPW might be more interested in bringing in a top AEW name to headline one of their bigger shows, such as Wrestle Kingdom, Dominion, King of Pro Wrestling, etc.

For AEW, with their bread and butter coming from weekly television and less from PPV shows, they would be more interested in bringing in NJPW to work angles, have them for a month or two and bring them to television. With talent like KENTA, or presumably Jay White, Guerrillas of Destiny and others who live in the United States, that can be easily done, even under pandemic travel restrictions. For Japanese-based talent, that becomes trickier because it would be hard for NJPW to part with one of their big names for a month, and that becomes trickier with the pandemic still going on. Unfortunately, we are unlikely to see the true potential of this relationship until COVID is less of a health risk.

As exciting as it is to talk about the gigantic dream matches, it is almost equally as exciting to think about the smaller talent exchanges that could benefit both companies. AEW has a lot of young talent, who need to continue to work in order to reach their potential. During the pandemic, it is hard for them to develop working once a week (if they are lucky) at Dynamite and Dark tapings. If that talent were to go to NJPW, it would give them a chance to work more frequently and also learn the disciplined NJPW style, which is different than the AEW style. From Private Party to Jungle Boy, to Darby Allin, to MJF, there are almost limitless possibilities for AEW talent that could benefit from doing tours of Japan.

For NJPW; looking at their roster, they could use some fresh talent in some of their mid-card divisions; the junior heavyweight division, the junior tag division and the tag team division in NJPW, could all really benefit from AEW names. AEW has tons of talent that could be used in those divisions; you can just look at the tag team battle royal from Wednesday and almost all of those teams would look good in the World Tag League in NJPW. In the long run, it would benefit both promotions as it would create more well-rounded talent for AEW to utilize in the future and would create a more interesting product for NJPW right now.

NJPW would also have to be interested in sending their young talent to AEW. NJPW loves to send their young talent on lengthy excursions, usually to Mexico or the UK, and AEW would have to be an appealing location, given their platform on American television and their collection of talent that can teach different styles to the young NJPW talent. Young Lions such as Yota Tsuji, Gabriel Kidd and Yuya Uemura could spend a year in AEW learning the American style of wrestling. The American-based Young Lions, Alex Coughlin, Karl Fredericks, Clark Connors and others will almost surely be in Jacksonville shortly.

Are there negatives to the relationship? I suppose purists of NJPW will not enjoy the American company getting involved, even though it should only benefit NJPW. I am certainly not one of those people. There have been rocky political relationships between the two companies in the past, which is why this deal did not happen sooner. At any time, feelings could get hurt and the relationship could be over; but that wouldn’t put things in any worse of a position than they were previously.

There was some concern when KENTA came out that fans of AEW who are unfamiliar with NJPW will not know why this seemingly random guy is attacking Jon Moxley. To me, I don’t see that as a real issue; as long as the announcers treat KENTA like he is a big deal and explain why he is on AEW (which they did on Wednesday) I trust that fans are smart enough to catch on that these NJPW talents are big stars. In the long run, I think the angles can still work fine even if you are unfamiliar with NJPW talent at the start of the program. A lot of that comes down to the announcing, and AEW’s team is usually pretty good at explaining motivations and getting over new talent.

One thing to look out for is that in NJPW’s relationship with ROH, NJPW was clearly positioned as the dominant brand. NJPW’s top talent always went over ROH talent, because NJPW was the more powerful company. In this relationship, the two companies are basically equals. NJPW is very protective about their top names losing matches, and AEW would be smart to do so as well. NJPW will certainly value AEW’s top names more than ROH’s, since Omega, Jericho and Moxley were/are top names in NJPW already. It will be interesting to see that if they do a gigantic match like Ibushi vs Omega, how that finish will work out politically.

In the end, the relationship is a good thing for wrestling fans. With so much of recent wrestling history being presented as a war between different sides, often catching fans up in the heat of partisanship, it is nice to see two major companies working together to entertain the fans and potentially bring them together, instead of trying to drive them apart. AEW’s ability to work with different promotions (Impact, AAA, NWA, NJPW and about 100 different Joshi promotions) has been a breath of fresh air into the industry, and we are just scratching the surface of the possibilities of creating a more united wrestling ecosystem.

In the latest episode of the Gentlemen’s Wrestling Podcast,  Jesse Collings (@Jesse Collings) and Jason Ounpraseuth (@JasonOun95) discuss the career of CM Punk. They go over what made him so successful in WWE, the forces that ultimately led to his departure from the wrestling industry, the influence that he had over WWE’s product throughout the 2010s and his possible future in the industry.