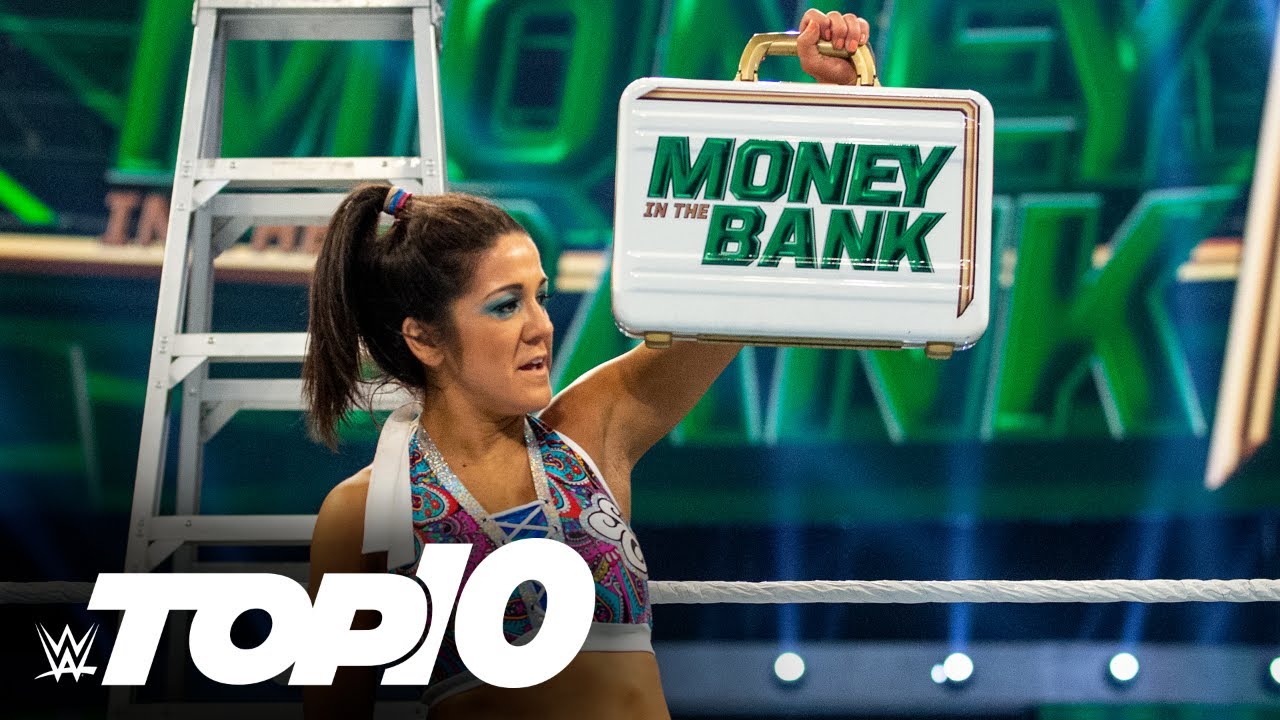 WWE’s first-ever female Grand Slam Champion, Bayley, joined Renee Paquette on Oral Sessions to discuss how far she’s come from when she first signed with the company in 2012. Looking back on her hard-fought journey, Bayley recalls just some of the frustrations she dealt with and which former Divas Champion helped her through it.

“I think the training and the promos always got to me,” Bayley stated on what hardships she faced six months into her WWE career. “Coming home to an empty studio [apartment] and being so far away from home, I was homesick. I didn’t feel comfortable. Like, I didn’t feel cozy, and I wasn’t eating right. I was really like this isn’t wrestling.

“At that time, it was really hard. They were telling us to wrestle like a girl. I just didn’t understand it. I’m like, why did you hire me for my wrestling if you’re not going to us wrestle like that. It was hard to balance it. I’ve put over AJ Lee so much, but she’s the one who was like, ‘Just stick to you. Be you. As long as you stay true to who you are, you just have to be patient, kind of.’ That was maybe six months in, and I was just struggling up until then until she said it was ok for me to be myself.”

Bayley revealed that she and Lee still keep in touch. She even describes the text exchanges they have, which include pictures of their dogs as well as competitions like how long they can keep their Christmas trees up after the holiday season.

“We’ve stayed in touch since she’s been gone,” she mentioned. “I just texted her on her birthday the other day. I sent her a picture of a dog that I was petting. We love sharing pictures of our dogs to each other.”

When Paquette was researching questions to ask Bayley for this week’s show, she happened to stumble across posts about the Role Model and the current NXT Champion Finn Balor being in a romantic relationship. Although most fans happen to know that’s not true, Paquette pondered why that question would be so visible on search engines like Google.

“Oh, my God!” she replied before explaining her friendship with Balor. “Well, we had an awesome story… it wasn’t even a storyline. We kind of made it up ourselves in NXT. He sprained his ankle, so he wasn’t having a match. Everybody thought it would be funny if I did his entrance cause my character was just so, whatever. And then they loved it so much it got so many views on YouTube, and then he did my entrance, and then they started teaming us up together on NXT shows. I think people liked it because it was such different characters. He was The Demon, and teaming us up together was insane.

“One time – I got in trouble with this in my past relationship – we took a picture with his parents, and people were like, ‘Oh, my God, are they really together?’ We’re obviously aren’t married. He’s married to a beautiful woman, and he seems so happy. That was so much fun. We had so much fun with each other.”

With Bayley’s eight-year career in WWE flourishing as of late, the former SmackDown Champion still has a long list of dream competitors she would like to square off against. Regardless if there are titles on the line or just non-title competitions, Bayley lists off both veterans and current Superstars she could see herself in the ring with.

“Lita is obviously the main one. She was my hero growing up. That would be a full-circle moment, for sure,” she responded. “I also love Victoria. When she was in the Rumble, I was like, beat me up! Let’s do this! I would love to wrestle her as well as far as the legends/women from the past.

“I feel like I praise the same people all the time – the same people who still haven’t had that spotlight – Peyton Royce, Liv Morgan, [and] I love Ruby Riott as well. They’re basically so talented, you know, and nobody gets to see it yet in the way that they think and talk about wrestling and their passion for it. That’s what draws me.”