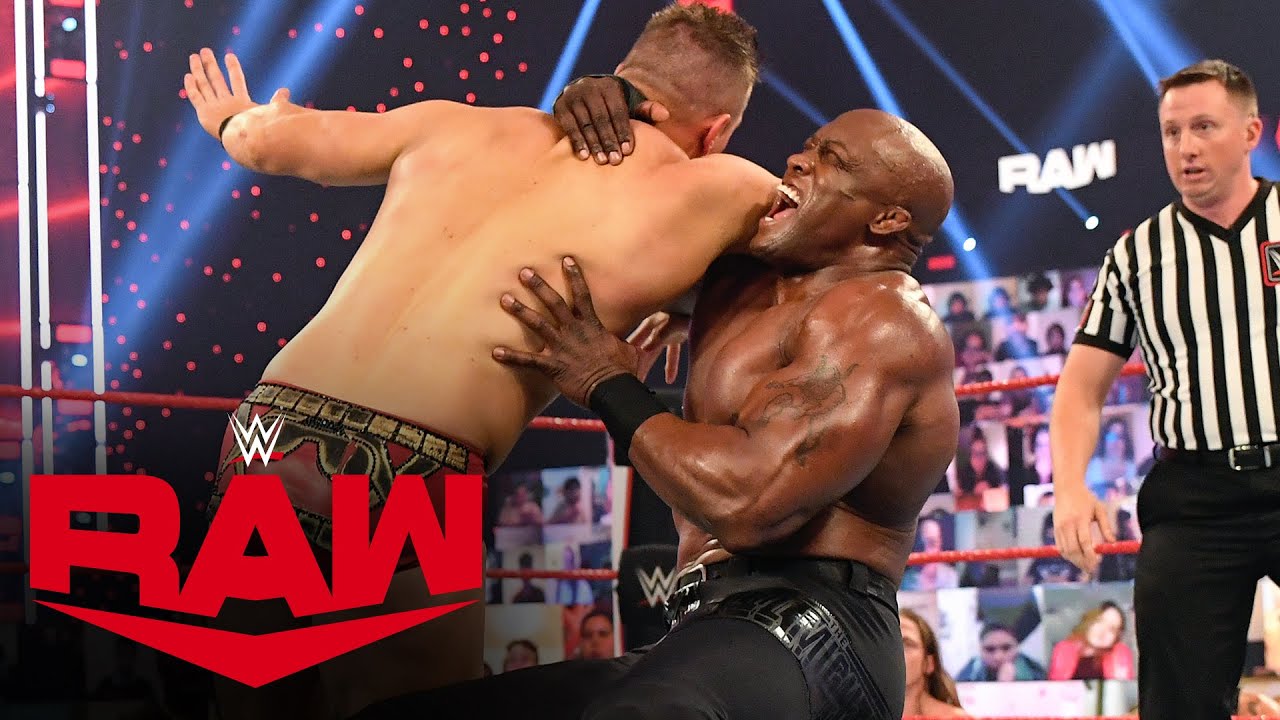 On the latest episode of WWE’s After the Bell with Corey Graves, new WWE Champion Bobby Lashley appeared and discussed his relationship with MVP, as well as the creation of The Hurt Business. Lashley said that when MVP first came back to WWE, he just wanted to be in the Royal Rumble and then leave, but plans changed.

“When he first came back last year he had said ‘I just want to come back one time so that my son can see me on the big stage,’ he was able to do the Royal Rumble. Then after that the wheels started turning and I approached him and said bro, let me tell you this idea, I wish I could pull it off but it’s not me, but it’s you. There’s a mix between Suge Knight, Don King and then The Rock and the player, mix all those characters together, that’s him.”

Lashley noted how when he wasn’t in WWE for a long period of time, Apollo Crew messaged him asking about being frustrated in the company. He said he never knew who Apollo was, but told him the best thing he had going for him was that he was in WWE, somewhere he was aspiring to return to.

“Before I even came back [to WWE], Apollo hit me up and I didn’t even know Apollo, he gave me a DM,” Lashley said. “He was like ‘Hey man, I have a couple questions to ask you. Did you ever get frustrated when you were here?’ I was like ‘Listen bro, you’re talking to a man who’s not in [the WWE] and that wants to get in. You’re in the greatest place you can be right now, and you’re an amazing talent and that’s something that can not be denied. Just stay there man, maybe it’s not your time right now, eat catering and have a good time. Whenever you have an opportunity to get out there, do the best you can and you won’t be denied because you’re incredible.

“It takes time sometimes, when I came back in I was like you can put me and have me beat Roman, go after Brock and do Mania and that or you can make me pay and suffer and pay some dues, I don’t mind doing either. That’s what I told him, don’t mind it man. ‘Anytime you get an opportunity to get that chance to get in the ring and show what you have, just do it, then when you do it, they’ll find a place for you. Then keep bugging them, tell them you’ll do this, you want to do this, keep throwing things at them because maybe sooner or later something will stick. But, the greatest thing you have going for you is how talented you are and how much respect everyone has for you. That won’t be denied, you’re going to eventually be in a big position so stick in there man.’ That’s what I told him.”

Lashley revealed that wanted Crews to be a part of The Hurt Business. He felt that Crews needed to add some fire to his character, which would have been a great reason to bring him onboard.

“When I got in [to WWE] and got an opportunity to work with him, I was like man, Apollo is a cool dude man,” Lashley said. “What I was telling him before, when we started The Hurt Business, we wanted Apollo first because I was like man Apollo, you need that man. You’re too pretty, you’re too nice, we like you too much. You got to be hated bro, you gotta have some grit. We tell Cedric, Cedric be as dirty as you can and Cedric is dirty. Apollo needs that too man.”