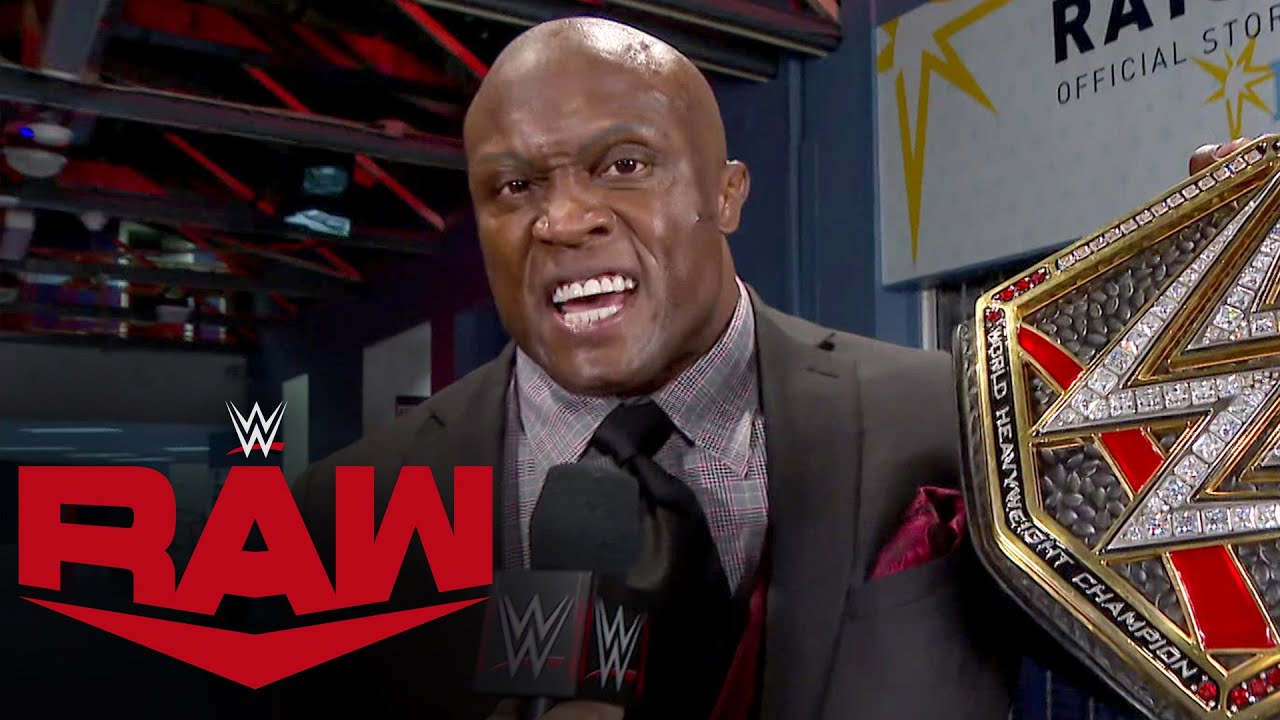 On this week’s episode of WWE After the Bell, Corey Graves spoke about the new entrance WWE Champion Bobby Lashley debuted on this past week’s episode of RAW. Graves said that’s exactly what he wants his world champion to look like and that the entrance and look was unbelievable.

“Oh my am I in,” Graves said. “It was unbelievable. The lightning, it felt huge. Bobby is built like a greek god and the graphic reflects such. Everything saying “All Mighty” and the gold everywhere, when he showed up at The ThunderDome in a 3-piece suit with the title over his shoulder, man, I’m getting fired up just thinking about it. That’s what I want my world champion to be. Redefining what it looks like to be a WWE Champion.

Graves said when you are the champion, you have to look and act like a champion and that’s what he’s been seeing from Lashley. He said he’s hasn’t been this excited about something in wrestling as he is is right now about Lashley’s potential as champion.

“When I think of growing up as a fan, the great champions, I still always hold them to the Ric Flair standard,” Graves said. “You’re dressed to the nines all the time, you look like a million bucks every time, nobody sees you as less than that unless you’re in the heat of battle.

“That’s what Bobby’s bringing and the whole Hurt Business. He’s flanked by Cedric and Shelton with the Tag Team Titles and MVP, everything about the presentation and everything Bobby is doing right now, I’m just a fan of. I say this without trying to sound anything like a corporate shill, this is me as a wrestling fan saying, ‘My god, I haven’t been this excited about anything as I am with Bobby Lashley being WWE Champion!”

When asked what he would like to see happen at WrestleMania now that Daniel Bryan will be receiving a Universal Championship match at WWE Fastlane ahead of WrestleMania 37, Graves said he still wants Reigns to face Edge. Graves said no matter what, we need to see Roman Reigns in the main event of WrestleMania 37 because he is the guy who carries the company in real life.

“I want Roman Reigns headlining WrestleMania,” Graves said. “Whether it be against Edge or anybody else, to me, Roman is the guy we need as a company, as a culture to realize what we have with Roman Reigns. That’s the guy.

“The reason everyone’s pissed off at Roman is because the stuff he and Paul Heyman say every Friday night on SmackDown is the truth. When Roman says this place needs me, it does. When Roman says the guys in the back need him, they do. Without pulling the curtain completely off, there is a lot of truth to all of those statements because Roman is box office right now and Roman is not going anywhere. Roman is going to be the dude for the foreseeable future. I don’t see anybody coming along in the next six months, a year, two years that’s going to take that spot from the head of the table.”

Graves said that he’s very excited to see Bryan and Reigns face off but doesn’t want the advertised match of Reigns and Edge to change. The Friday Night SmackDown commentator said he wants to see the different styles and generations clash between Spear and Spear in WrestleMania’s main event.

“I’m very excited for the match at [WWE Fastlane] between Daniel Bryan and Roman Reigns,” Graves said. “I think back to Elimination Chamber, that brief interaction they had, when Bryan locked in the Yes Lock, I jumped out of my chair. I believed, I bought in. That’s exciting to me, that’s intriguing, but I like the idea that it’s Edge vs. Roman in a cross generational clash. Edge was the guy, has been the guy already and Roman is the guy. Bryan can throw a wrench into all of those plans and I don’t think anybody would be upset about it, but I’m looking forward to what’s being advertised right now at WrestleMania.”

Previous
Eric Bischoff On Why AEW Vs. WWE NXT Is Not A Real Wrestling War
Next
Daniel Garcia Compares New WWE PC Recruit To WWE Hall Of Famer