Booker T: “Roman Reigns Has Proved That He Is Truly The Guy” 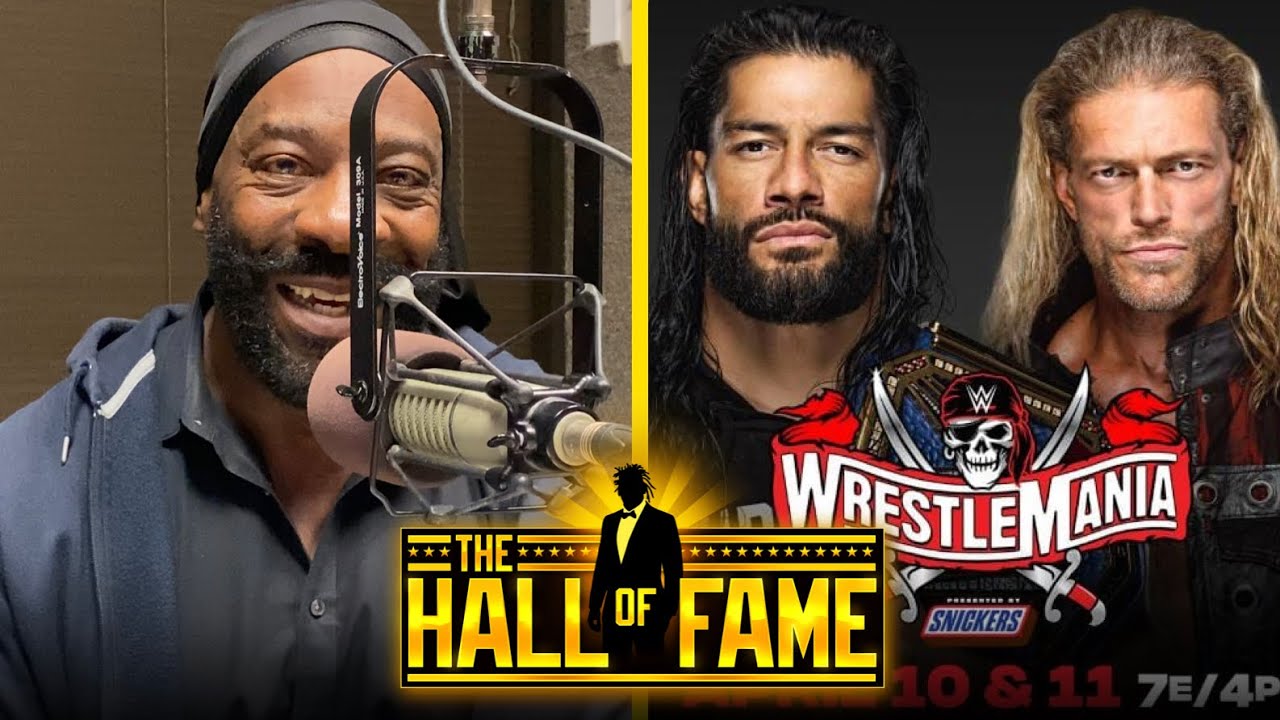 At last week’s Elimination Chamber event, Edge attacked Roman Reigns and will face him for the Universal Champion at WrestleMania 37. Booker T talked about Edge’s decision to face Reigns at WrestleMania on the latest episode of his podcast, Hall of Fame with Booker T and Brad Gilmore. On the show, Booker mentioned that this match will be something like none other we’ve ever seen.

“One thing you got to look at is this guy is coming from a totally different era,” Booker T said. “This is not just two guys who haven’t worked with each other, been in the ring with each other, it’s two guys coming from two totally different eras. This is Edge’s third era he’s gotten a chance to work with. It’s definitely one of those things where I remember feeling that way saying man, I’ve worked with 3 different generations of wrestlers that have come along. I understand exactly where Edge is right now.”

Booker T noted how Roman is on top of his game during this current run with his character. He feels like Roman is currently on the best run of his career.

“It’s going to be a hard road to hold up, as far as going out there and actually matching up because he honestly doesn’t match up with Roman,” Booker T said. “Roman is a beast man. Roman has proved that he is truly the guy. I really feel that way. Not just because he said it, but because the guy is a top notch worker and top notch entertaining and performer. He knows the play book, he knows what Shakespeare is all about. That’s why everybody right now, come on man, all eyes on Roman.”

Booker T also mentioned the evolution that Reigns has experienced since entering the company. He said he’s now molded himself into the #1 wrestler in the entire company.

“Just two years ago, everybody had no love for this guy,” Booker T continued to say. “So obviously he knows what he’s doing and obviously he knew what he was doing back then. Maybe people wanted something before they were ready to actually give it to him. Right now Roman is truly the guy and I’m looking forward to it.”

As far as a prediction for the match, Booker believes it could go either way. He talked about how Edge winning would be a Cinderella story, but also mentioned that sometimes WWE doesn’t give the fans those moments.

“If I had to bet money on it, it would be a great feel good story if Edge went and pulled it off,” Booker T said. “After retirement, coming back, almost looking like he had to perhaps go back into retirement from getting injured again, come back, wins the Rumble, going to WrestleMania, take on Roman, wins. Cinderella story. Everybody would love to see it but normally the story doesn’t turn out that way in the end in the WWE. I’m looking to see how this thing plays out, hopefully the people will get what they want but a lot of people may want to see Roman.”

WrestleMania 37 will take place Saturday, April 10th and Sunday, April 11th. As of today, the only match that has been announced for the card is Edge vs. Reigns for the Universal Championship.

You can watch Booker’s comments in the video below. If you use any of the quotes in this article, please credit Hall of Fame Podcast with Booker T with a h/t to Wrestling Inc. for the transcription.