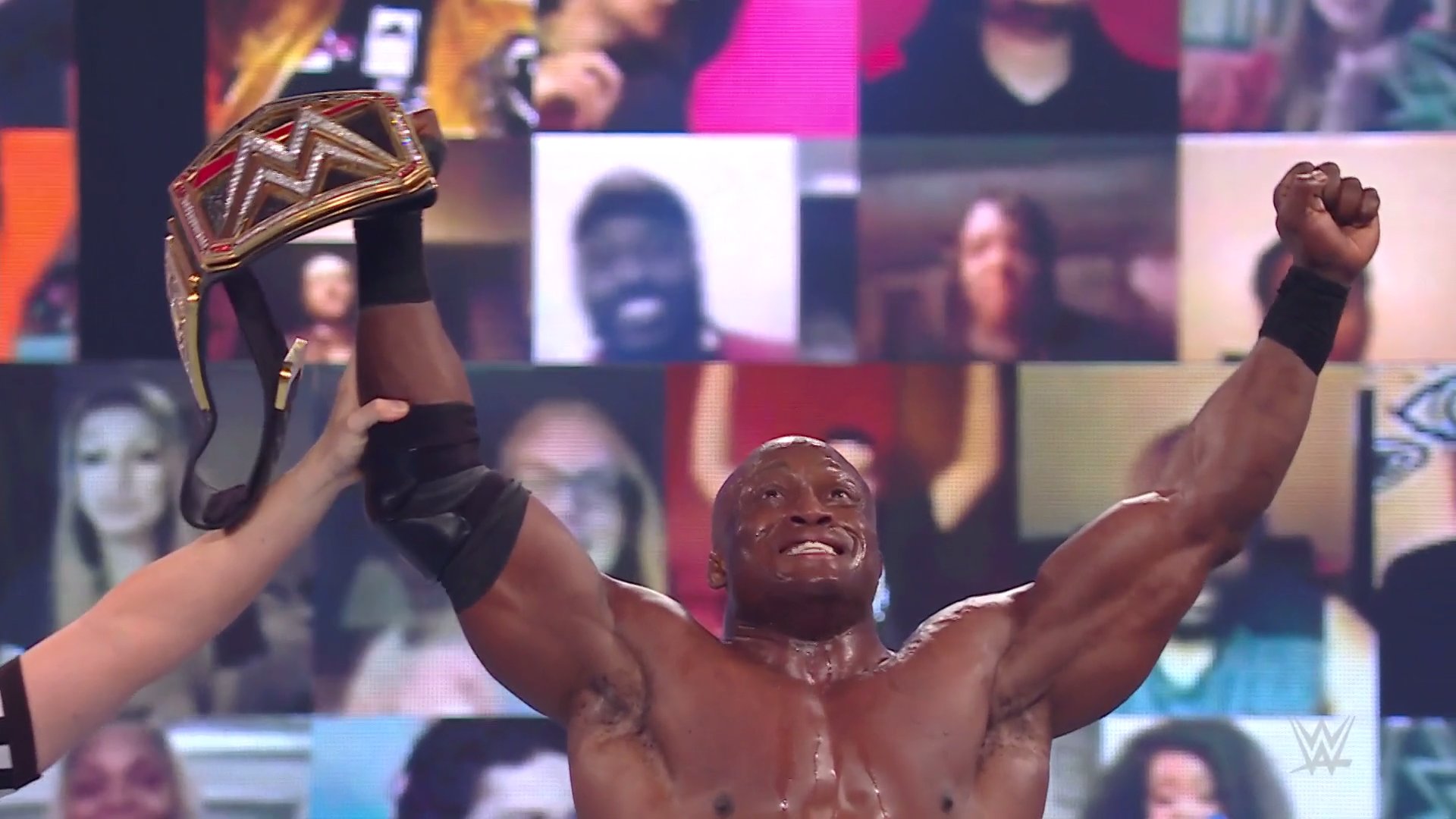 “He’s worked hard for it,” said McIntyre on RAW Talk. “The man is an absolute animal in every possible way, in the gym and ring. He’s earned this moment.”

McIntyre went onto tease the possibility of facing Lashley for the title at WrestleMania 37.

“The idea of Drew McIntyre vs. Bobby Lashley is pretty big for me, it feels like a significant match for RAW. If it happens at the biggest stage of them all, that’s just fine with me.”

He added, “There’s no way I’m not going to try and work myself into the main event of WrestleMania.”

McIntyre, who was recently betrayed by his former best friend Sheamus, went onto give Lashley some advice.

“As someone who has been champion for a long time, I’m just going to give a little piece of advice to Lashley: there’s a lot of pressure that comes with this. Lashley doesn’t have to worry about the physical aspect like The Miz, but he’s surrounded himself with a bunch of associates who might be jealous of him now. I found that out firsthand with Sheamus. So, that’s some free advice to you, Bobby.”

McIntyre defeated Sheamus earlier tonight on RAW to possibly end their rivalry. On RAW Talk, McIntyre showed off a laceration on his shoulder due to a kick from Sheamus.

“We kicked the crap out of each other, man,” admitted McIntyre. “It’s great when two heavyweights, two grown ass men beat each other up. That’s the thing with Lashley, he puts the work in, he’s the same as myself and Sheamus.”

There is no word yet on whether Lashley will defend his title at the upcoming WWE Fastlane pay-per-view.

"There's no way I'm not gonna work my way into that main event of #WrestleMania." – @DMcIntyreWWE #RawTalk pic.twitter.com/8JtbVEPDKT