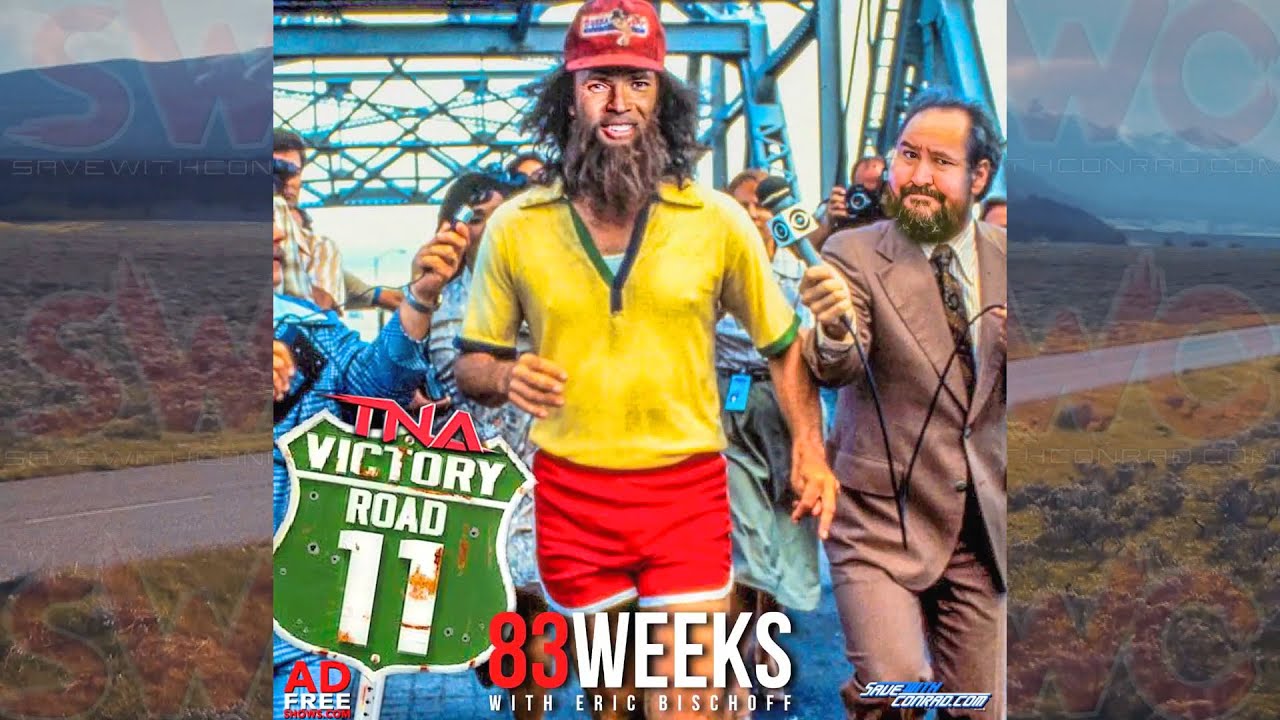 TNA held a pay-per-view event titled Victory Road in 2011 that featured one of the more memorable mishaps in wrestling history. In the main event of the show, Sting was scheduled to face Jeff Hardy for the TNA World Championship, however the match ended in under 2 minutes because Jeff Hardy was in no condition to perform. The main event finish left TNA looking very bad, having its major champion under the influence in a prime time spot on pay-per-view, while putting Sting in a very bad position when he ultimately won the title.

Eric Bischoff, who was the Executive Producer of the TNA television product at the time, talked about this memorable night on the latest episode of his podcast, 83 Weeks. He went in detail on how the night went and what Jeff would do every time he showed up to the arena for a TNA event prior to this night. Bischoff revealed when he realized that Jeff was in no condition to wrestle.

“About three minutes before he walked out through Gorilla,” Bischoff said. “Jeff’s MO at the time was to get to Universal Studios, check-in and go hide until he was absolutely necessary [to come out] and it was either interview or match time. To this day, I don’t know where he hid. He’d show up, wave and hide until 6 o’clock. I think on this night it’s safe to assume he was hiding wherever he was hiding and doing whatever drugs he brought with him.”

Bischoff said Jeff was late to arrive to the Gorilla Position to prepare for the match that day. He also said he could tell Jeff clearly was on something when he first arrived to Gorilla and described why Jeff was allowed to go out to the ring in the condition he was in.

“I’m not an expert on drugs, but I’ve seen enough of it from a distance and up close to recognize it,” Bischoff said. “The agent looked at me like what the f*** are we going to do. It took forever to find Jeff, he was really late getting to Gorilla. Knowing and hearing that they were having a difficult time finding Jeff, I made my way over to Gorilla. When I saw Jeff approaching I didn’t notice Jeff being twisted up as much as I did the agents face.

“Once I got close to Jeff it was obvious he was f***ed up, whoever the agent was essentially said ‘He’s too f***ed up to work,’ then it became who’s calling this? It wasn’t my job, I was the Executive Producer of the television show, I technically had no authority whatsoever and no official role in the pay per view unless I was a talent or asked to input on creative. I was just kind of standing there waiting for someone to make a decision, no decisions are being made and now Jeff’s making his way down to the ring.”

After both Sting and Jeff Hardy made their entrances for the match, Bischoff made a surprise appearance to make the match a No Disqualification match. Bischoff made the decision to go out on his own without anyone telling him what to say or do.

“There was no captain of the ship in Gorilla,” Bischoff said. “It was my exchange with Dixie that was the catalyst for me to say ‘F*** it, nobody else is going to do anything. The bell is going to ring and it can’t go down like this.’ I don’t want to make this sound like I’m putting myself over or I cared so much about Sting, it was the show. I was concerned about the show, I didn’t want Sting to go out there and try and have a match with a guy who was completely f***ing wasted. I wasn’t worried about Sting getting hurt but the match would’ve been the shits and I didn’t want Sting to be in that position. Sting had no idea that Jeff was going to show up f***ed up.

“I’m looking for a decision, looking for somebody to come up with an idea. We don’t have a lot of time folks, can’t call a meeting. Somebody has to call the ball, who’s going to call it? F*** it. I literally walked through the curtain not knowing what I was going to do.”

Bischoff said as he walked through the curtain, he had no idea what he was going to say. He said that one idea he considered was to knock Hardy out and have the referee call for a disqualification. After realizing that would not work,  he described the conversation he had in the ring with Jeff and Sting and was able to come up with the solution on the fly.

“There were two things that crossed my mind and they happened simultaneously,” Bischoff said. “My first thought because it seemed like the most easiest, direct line between A and B, was for me and my heel character to go out and knock him out, just drop him and then have the referee call the match and disqualification. By the time I walked through the curtain, got half way down the aisle, I realized that wouldn’t work because the No DQ thing. So I started improving a story and laying out a promo. What I was trying to do was buy time to figure out how to communicate to Jeff, the referee and Sting. Now I got to rewrite the show while I’m in the ring and the show is happening and one of the people in the match is completely disabled and unable to continue. So, I did what I did.

“I basically told Jeff, ‘Take his finish. We’re going to shorten this up. Take his f***ing finish.’ I went to Sting, now that’s where I had to get more creative because I was trying to talk to Sting while at the same time I was trying to cut a promo and hide it all and make it look like it was a part of the show. I basically told Sting ‘Hit him with your finish, get him the f*** out of here. Let’s go home.’ Sting was able to communicate with the referee, so that was it.”

Bischoff also denied any idea that there was any way TNA could have done the ending differently, and talked about the reaction backstage afterwards. The former WCW President said that nobody backstage came up to him and said they would have stepped in for Hardy because they all knew given the main event spot and time restraints, there was no way it was possible.

“I’m glad nobody came up to me and said ‘Hey, I could’ve jumped in,’ great, if we could’ve had 45 minutes to plan that and communicate it to everybody involved including the guys in the truck, including the guys that timed the show,” Bischoff mentioned. “Oh by the way, we’d have to bring Sting into the equation so he could participate. Yeah, fantasy booking that could’ve worked but not when you have 45 seconds to figure s--t out.”

“The overwhelming fog that settled in backstage was disappointment for Sting, it was a horrible position for Sting to have been in at that stage in his career. At his level of stardom to subject someone like Sting to a situation like that was embarrassing and undeserved. I think it reflected a tremendous amount of lack of professionalism within the entire TNA organization from top to bottom and I think people were genuinely sad for Jeff. It was disappointment for Sting and sadness for Jeff. That was the overwhelming sense, nobody was second guessing anything or blaming anybody or pointing fingers. It was just really sad more than anything.”