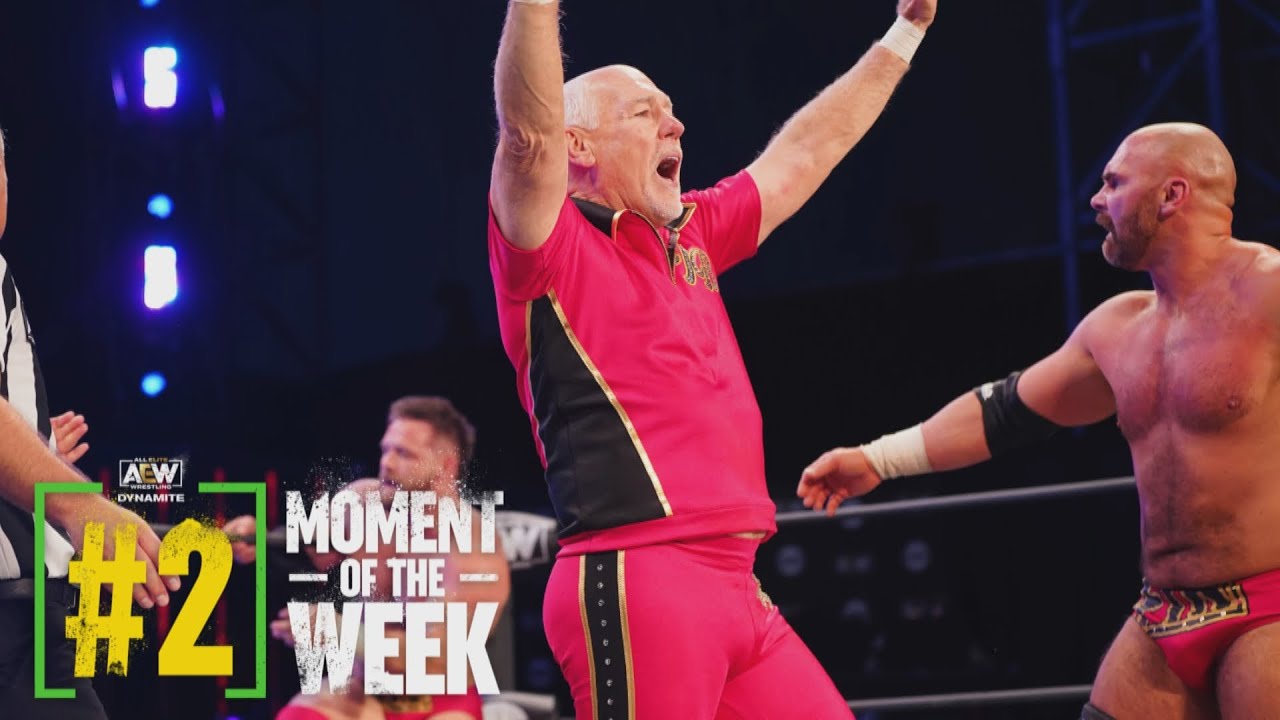 On the March 4th episode of AEW Dynamite during a segment involving the Inner Circle hosting a press conference, Conrad Thompson and Eric Bischoff made a special appearance. On the show, they asked MJF and Jericho questions surrounding Sammy Guevera and the attack they made on Papa Buck. The show also featured NBA Hall of Fame Shaq wrestling, Tully Blanchard making a 30 year return to wrestling, and Paul Wight making his first appearance in AEW.

During the latest episode of the 83 Weeks Podcast, Eric Bischoff spoke about being a guest on AEW Dynamite that night and backstage to witness the rest of the show. Bischoff said the moment that stuck with him the most being backstage was to see Tully Blanchard returning to in-ring competition after 30 years. He talked about the gift that AEW gave Tully, and said it brought tears to his eyes.

“It was fun for me as a fan and somebody who appreciates more today than I ever have, the history and the legacy of this industry,” Bischoff said. “When you’re a performer and you have that opportunity to get back up there one more time and get that rush which you can’t get anywhere else. You can’t get it jumping out of an airplane, you can’t get it driving a 220 mile per hour car.

“You just can’t get that kind of feeling that you get when you’re performing in the ring. To see Tully in the ring and enjoying that moment, it brought tears to my eyes. Not because I’m close to Tully Blanchard, I could feel what he must’ve been feeling. That’s a gift, that’s a gift that Tony Khan and AEW gave to Tully.”

The match ended when Tully Blanchard pinned Luchasaurus, followed by FTR and Tully teasing a new faction along with Shawn Spears and JJ Dillon. Bischoff discussed the behind the scenes reaction backstage after the match went off the air and Tully came through the curtain.

“I’m getting tears in my eyes thinking about it,” Bischoff said. “Not because I have this amazing relationship with Tully but those are moments you don’t ever forget and you’re always grateful to be a part of. Everybody, the crew, all of the talent, gave Tully a standing ovation. [Tully] was like a little kid, it was awesome.”

After the match, Dax Harwood and Cash Wheeler cut an exclusive post match promo talking about how much Tully Blanchard and JJ Dillon meant to their careers. Bischoff said being backstage hearing the promo live was something special.

“That’s the magic,” Bischoff said. “To be able to be backstage and watch Dax and Cash with Tully and the promo that [Dax] cut was so real. Real as real could get, you can’t fake that s--t, you can’t act that. I don’t care if you spent 20 years studying acting, I don’t care who you are, you cannot cut a promo like we saw unless you feel it and believe it. That one to me was one of the best promos I’ve ever seen, it created more emotion than any promo I’ve ever seen. That’s how good it was.”

Bischoff said that Dax’s promo was something that anyone in wrestling today should go back and watch because it was real. He said only Ric Flair had that ability to make his promos feel real and on that night, Dax was able to do the same.

“That was a clinic,” Bischoff said. “If you’re a performer, if you’re a wrestler, an entertainer and you’re young, go look for that interview. Go watch Dax and learn from that. He feels so passionately about Tully. We talked to the guys before the match and the respect Dax has for Tully is more than real, it’s amazing. Dax said ‘I’ve got a house, I’ve got a family, I’m doing really well and a lot of it is because of Tully Blanchard.’

“That is the level of respect that Dax has for Tully. I understand how it becomes easier to have that real promo. This is where the magic happens, when you’re a performer and one is able to internalize the emotion and believe it, don’t just memorize words from a piece of paper that don’t really mean anything to you. Ric Flair does it probably better than anybody, he’s probably one of the greatest method actors than anybody. He has the unique ability to believe that the moment that he’s engaging in is real to him, that’s what makes Ric Flair Ric Flair and that’s what made Dax’s promo so special that night. You believe it.”