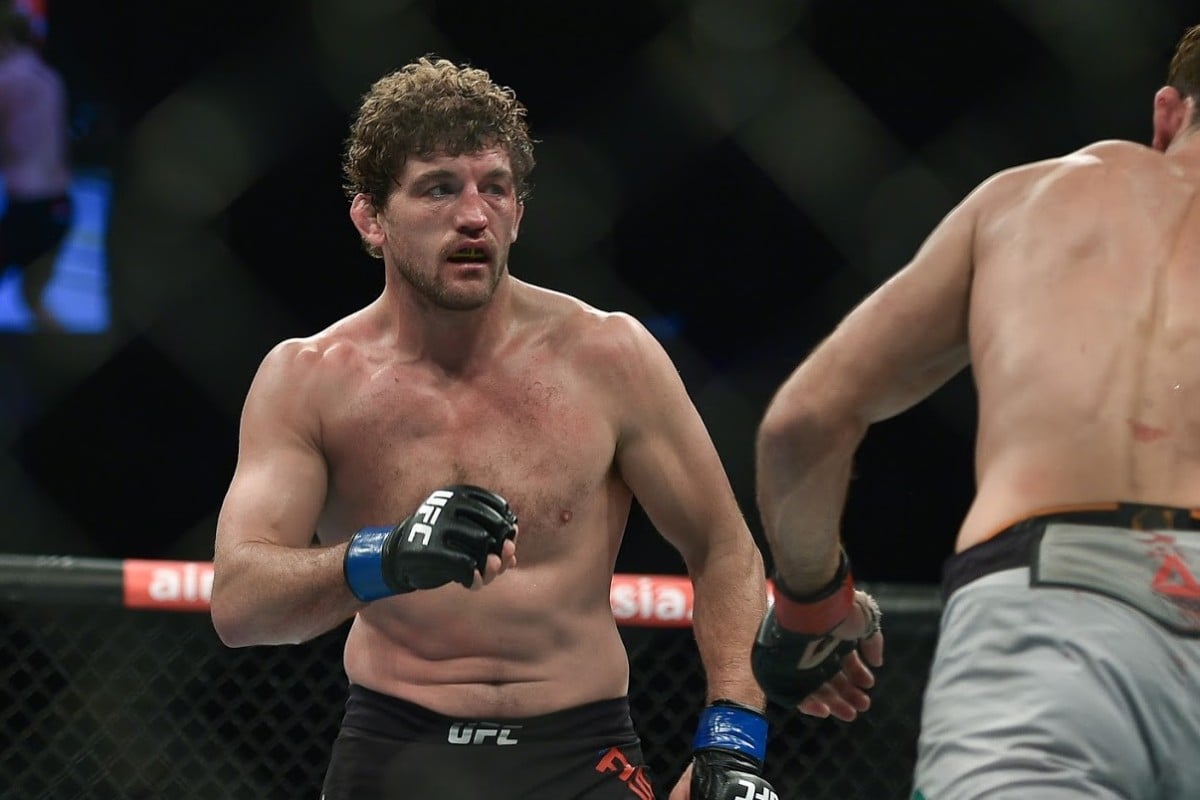 Retired UFC legend Ben Askren has recently made headlines by teasing a boxing match with YouTube star Jake Paul. While it remains to be seen if that match will come to fruition, Askren has noted a squared circle transition might be in his future.

“I went down there in October. It was fun, they were really cool, I left with an open door there,” Askren said. “I’m running my Askren Wrestling Academy business so I don’t think it’s something I would do full time but I would be interested in doing a little something with them. I really like them, everyone there was really cool and they run a really professional operation down there, it was awesome.”

WWE may be in his future, but Askren noted he’s been tied to wrestling for many years. Askren revealed wrestling legend Gerald Brisco used to attend his college wrestling tournaments and try to recruit him to World Wrestling Entertainment.

“There was this guy named Gerald Brisco, he would always come to the NCAA tournaments and actually you know the thing he used to always tell me?” Askren said. “He would tell me like every single year, ‘Ben if you were over 200 pounds, I could make you a million dollars.’ And I said, ‘Gerry, I’m not going to be that big ever. So, sorry. And I want to wrestle in the Olympics. I’m just not that interested.’ So actually when I was at the Performance Center, Gerald came over and we bulls–ted and he’s a great guy.”