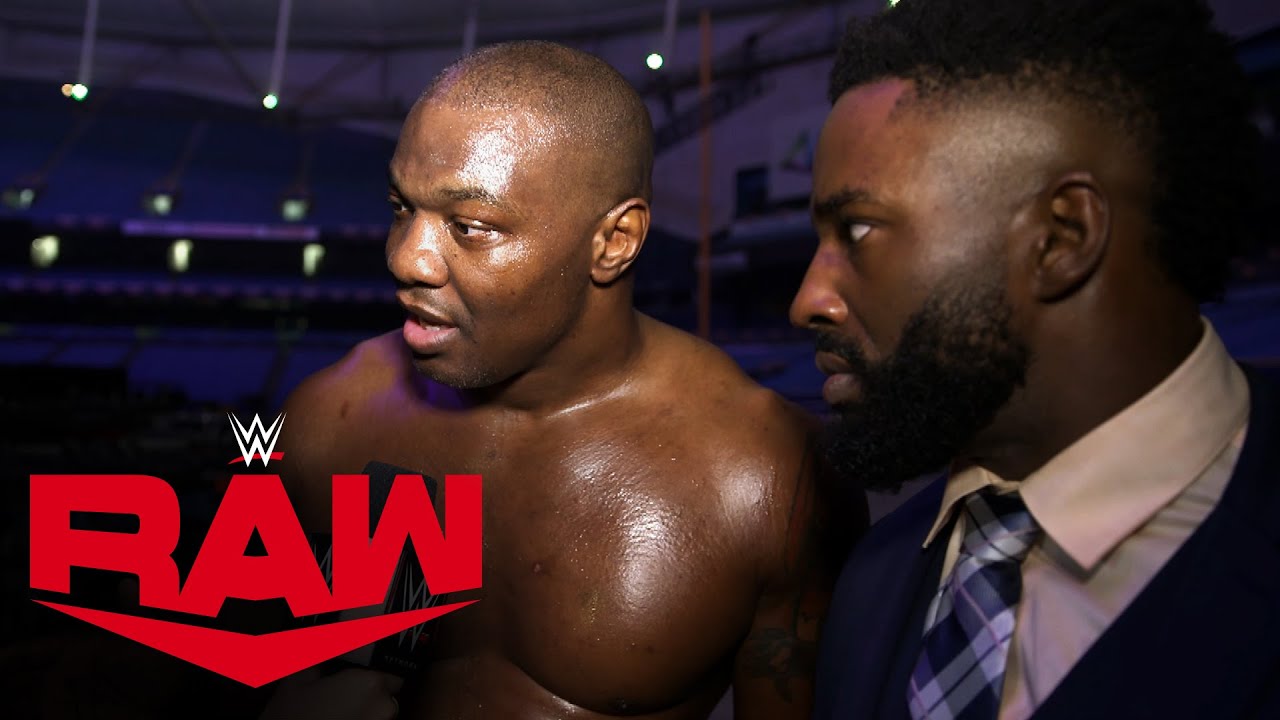 On this week’s RAW, WWE Champion Bobby Lashley and MVP dismissed Cedric Alexander and Shelton Benjamin from The Hurt Business.

After the show went off the air, Alexander and Benjamin hinted in a backstage interview that Lashley’s days as WWE Champion might be numbered.

“Bobby turned his back on his brothers, the guys who got him to where he is today,” said Alexander. “If not for me and Shelton backing him up, he’d have never become WWE Champion.”

There has been some chatter on social media that Alexander and Benjamin might cost Lashley the title against Drew McIntyre at WrestleMania 37. They are banned from ringside for the match.

Alexander added, “Think about this. He got the title because of us. How long can he keep it by himself?”

“Tonight, the world lost what could have been the greatest gathering of talent the world has ever seen,” said Benjamin. “But, our champion, the Almighty, and MVP, the big brains of the operation, threw that all away. They spit in our face, and in the faces of fans of The Hurt Business. And quite frankly, I’m glad to be done with the sons of b—-es.”

See below for a video of the interview: