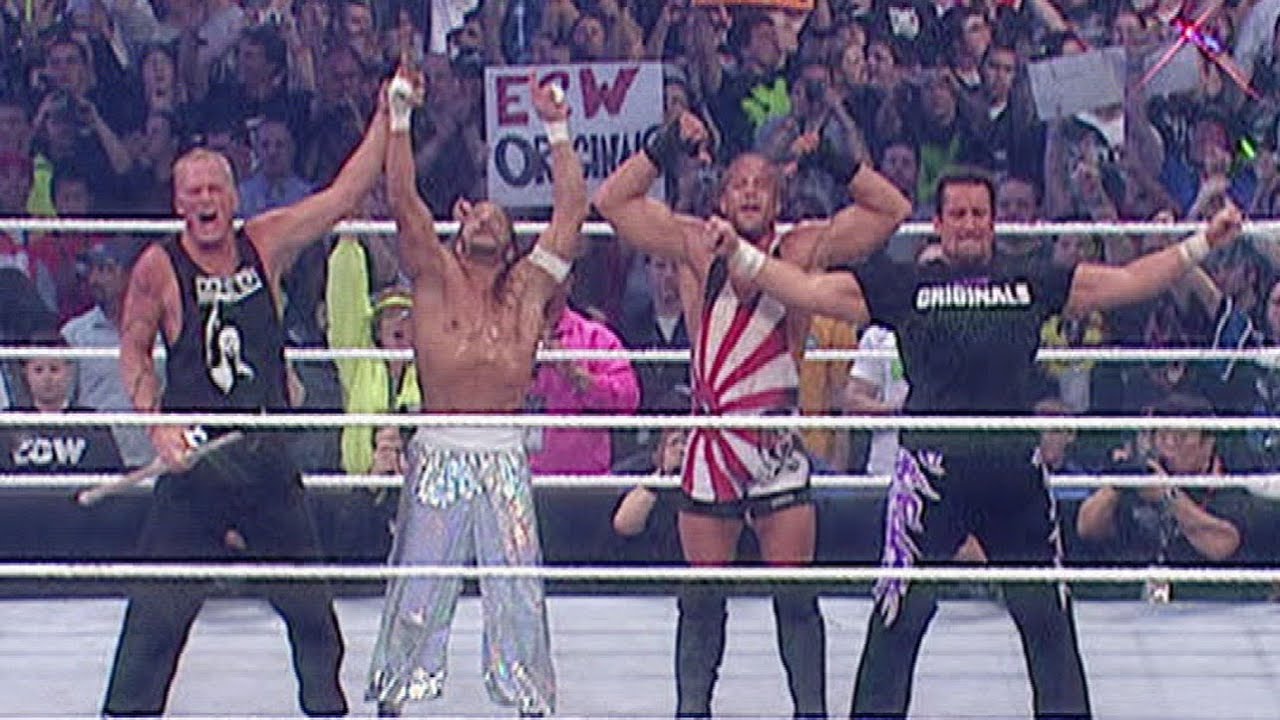 On the latest episode of the Grilling JR Podcast, Jim Ross talked about ECW going bankrupt and WWE buying out the company. Ross said Vince McMahon knew the company would eventually go downhill and actually was giving Paul Heyman money to keep the company afloat. JR mentioned that WWE got everything they wanted out of paying Heyman as they were able to keep ECW open long enough to be able to buy their library off of them, take some talent and have Heyman be a part of WWE.

“We knew the dire straits that unfortunately Paul was in financially and we figured the logical conclusion in his case was bankruptcy,” Ross said. “At that point in time, we were prepared to buy the assets which included the library in bankruptcy court. We had been helping Paul, I think we paid Paul $50,000 a month, I can’t remember, I don’t remember. That $50,000 a month number sticks out but I may be wrong on that too. In any event, we were helping him. He was getting a regular cheque to try to keep his doors open longer so that if he did indeed have a legitimate buyer, he had more time to negotiate a deal. Vince was very very kind to Paul in that part.

“It would’ve been very easy to put him out of business, all of his top talent wanted to leave because I hired most of them. We got everybody we wanted and they were calling me, I wasn’t soliciting them, they were calling me because at Vince’s insistence we’re not going to go out of our way to do anything harmful to ECW. We wanted to buy the library at some point because we had the goal to do this network.”

Ross mentioned that the main reason McMahon wanted to pay Heyman was to try and keep the company alive for a while and create a good relationship for when they ultimately went bankrupt. He said the main thing they wanted from ECW was their library so they could use the footage whenever they wanted to.

“Paying Paul was like moving around the deck chairs in the Titanic, you kind of knew it was going down, so you just tried to stop the bleeding as best you can and get in line for some of those talents,” Ross said. “They did have some really good talent, I think we did a nice job of hiring the best that they had.”

“Vince recognized talent, for any of us to try to argue the point that Paul Heyman didn’t have significant talent from a cerebral standpoint would be ridiculous. He did a lot with the little engine that could, Paul did a phenomenal job motivating. Paul did a good job of us vs. the world mentality. We knew what we wanted to get out of ECW, the library #1, and select talents #2. All of that worked out, we knew we could do better if we stayed closer to Paul and showed him our loyalty. If the only person we got out of that deal was Paul Heyman and no talent, we’d win because he’s a brilliant TV writer and a great creative guy, one of the smartest I’ve ever been around.”

Ross discussed the loyalty of a lot of ECWs talent to this day. He said it’s amazing to see how loyal people like Bully Ray are to ECW even though the pay issues the had with the company was unfortunate.

“I love the loyalty that a lot of those ECW cats have over their brand even though they had some challenging times making ends meet with the company,” Ross said. “Heyman was the leader of that and unique motivator and we liked that trait. It was obvious he was very creative, I knew that since I put him on his first announcing job on national TV in ECW in the late 80s. It was a plan, we knew what we wanted from ECW and at the end of the day we got everything we wanted from ECW. Vince’s positivity had a motive and it worked out.”

JR also made reference to WWE knowing they would need the ECW library eventually given that they had signed so many of their talents. He said Vince didn’t know much about ECW when they started bringing in talent but the main goal of the expansion was the library.

“The library had value knowing where we were going,” Ross said. “You’re not buying contracts, you’re buying the library. That’s tangible, you can touch it, you can feel it. Vince didn’t have the product knowledge at that time on the positives and negatives of the talent because he did not watch the show. He didn’t know Joey Styles did commentary solo. The library in general is what we had our eye on.”