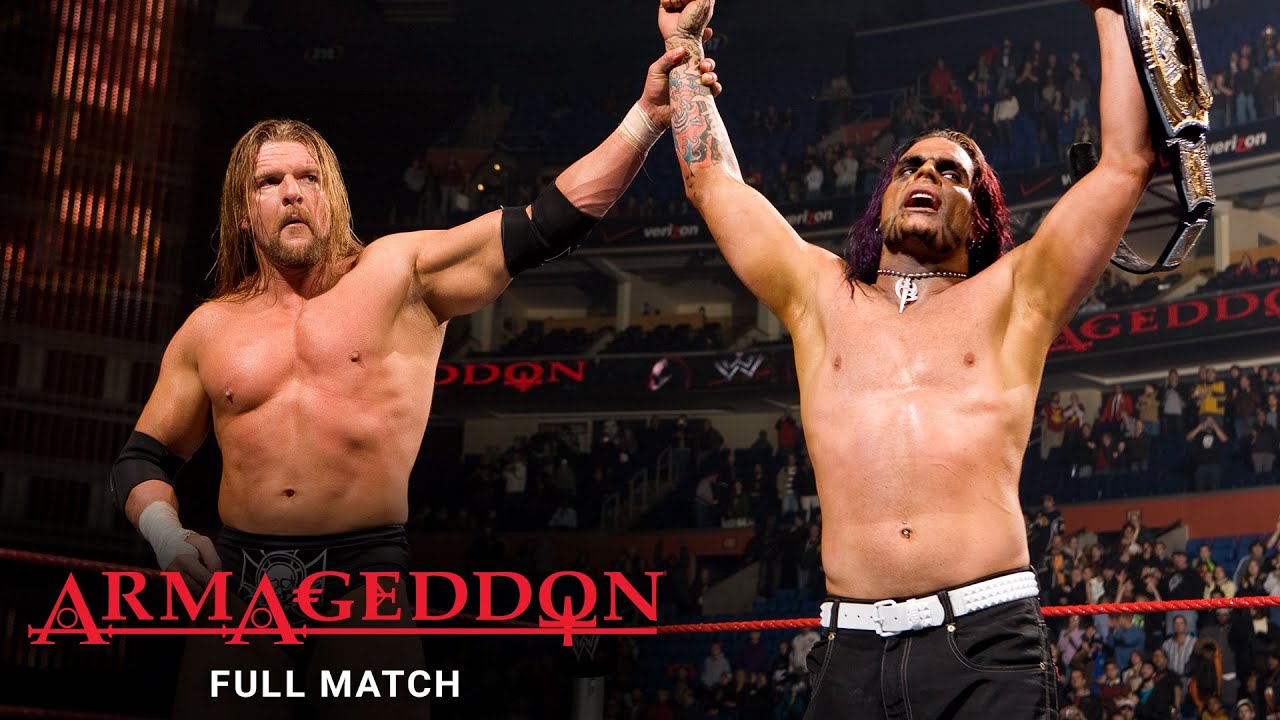 On the latest episode of Grilling JR, Jim Ross covered WrestleMania XX that featured Chris Benoit and Eddie Guerrero leaving the event with the company’s top two titles. A notable name that was left off this card was Jeff Hardy, who debuted with TNA around that time. Hardy left the company due to drug related issues in 2003. JR stated Hardy refused to go to rehab and would rather leave the company. Ross said letting Hardy go was the only solution for WWE.

“Jeff was in total denial,” Ross said. “Like a lot of substance abusers, he just didn’t perceive he had a big problem. I remember sitting down talking to him after the drug tests and him appearing to be affected, not in the right frame of mind on whatever pills he was taking and I said ‘We have this theory here Jeff that we either solve problems or eliminate them. The way we’re going to solve your problem, if you agree, is we’re going to send you to rehab and help you. Why are you doing this? Why are you purposely valuing getting high over your career? You can’t make any money getting high, you can make a lot of money as Jeff Hardy the superstar.’

“But he said I’m not going to rehab. I said ‘Is that your final answer, do you want to think about this and get back to me later today?’ [Jeff responded,] ‘Nope, I’m not going.’ Alright, then you’re basically telling me you’re done because we can’t continue this way, it’s not an option. He was wrecking corvettes and missing death multiple times. He was so well liked there, Jeff is such a lovable guy and I’m so happy he’s got that s--t under control. That’s a blessing for him and his family but he didn’t believe he had a problem.”

Hardy returned to the company in 2006 and won the Intercontinental title two months later. Hardy would go on to capture his first WWE Championship, but Ross stated Hardy was positioned to do so years earlier in 2003. He said the company had big plans for Hardy in the early 2000s but unfortunately couldn’t use him due to his substance abuse issues.

“When I told Vince [McMahon], Vince was incredulous as well,” Ross said. “[He said] ‘You mean he’s going to walk away? He knew we’re going to push him? You know he’s got a great opportunity?’ Apparently he’d rather get high then come to work. Luckily for everyone involved he’s climbed that mountain but man, he was primed. There’s no reason that Jeff Hardy would not be a great WWE Champion. He just wasn’t reliable and how do you put your championship on somebody you don’t have full confidence that they’re going to be okay.”

Ross said the company had to let Hardy go due to reliability issues. JR said WWE had trouble trusting Hardy with the top title in the early 2000s and noted that it’s tough to look back at the wasted opportunity because Hardy refused rehab.

Ross also discussed steroids in the business. Ross said there’s always steroid use with pro wrestlers because of the schedule they maintain. However Ross noted that when use under doctor supervision, they can be extremely beneficial.

“I think the steroid thing gets a bad wrap,” JR said. “It’s not a death drug, it’s not unlike any other pharmaceutical that is consumed without doctors care and supervision. The thing I’ve always talked to guys about with steroids is we take for granted the schedule that they had and the fact that they do their own stunts, they take flat back bumps hundreds of times a year which your body is not built for and it’s a recovery drug as well. Nobody wants to talk about that aspect of it.

“I’m a little bit more benevolent to the steroid issue in general, but I’m not for it to be done without a talent being under doctors care. A lot of guys didn’t want to go to a doctor, some doctors had an open mind. I’m not advocating for anybody to do it but if you’re going to do it, do it under your doctors care.”