Kane Reveals Which WrestleMania Match Fans Consider To Be Their Favorite 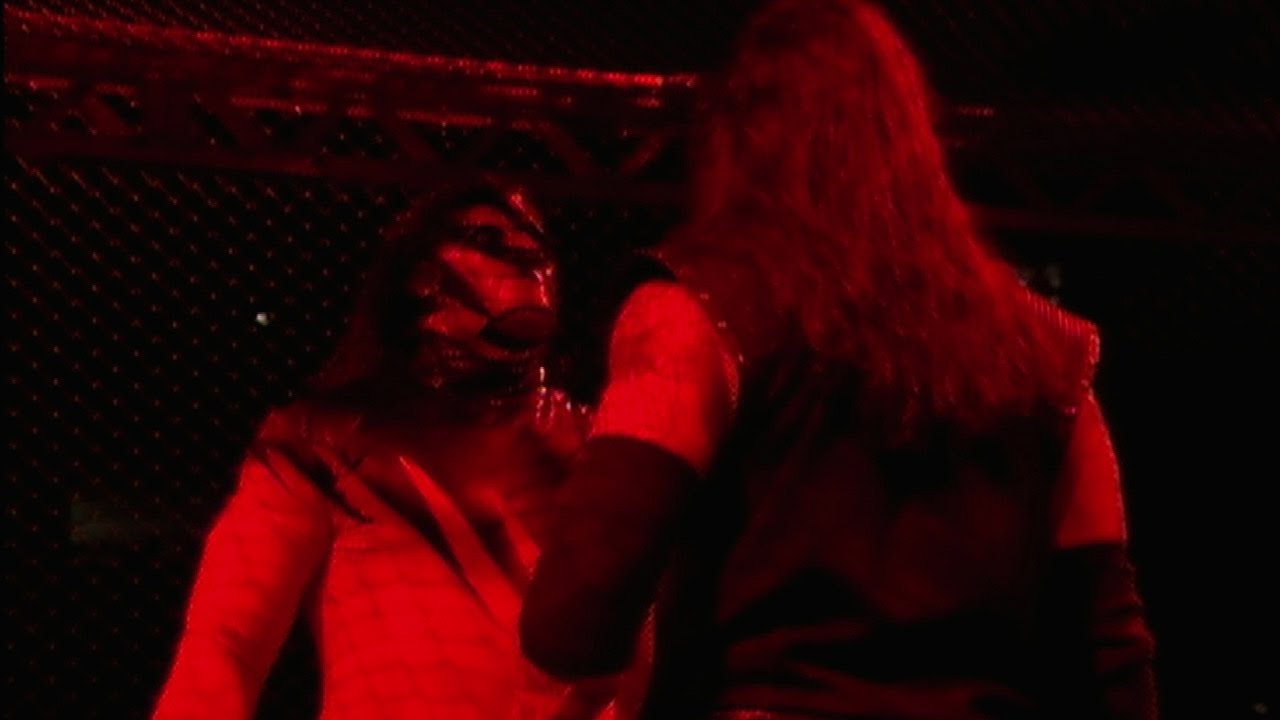 The newest WWE Hall of Fame inductee Kane joined the panel on WWE’s The Bump to talk about everything related to his rivalry with The Undertaker and his big WrestleMania moments throughout his 26-year in-ring career. But before they delved into that, they asked “The Big Red Machine” his thoughts on his return at this year’s Royal Rumble and the ThunderDome layout.

“Well, it’s really cool. There’s really nothing like going back to WWE,” Kane mentioned on his Royal Rumble return. “Being in the ring, it’s quite different now with the ThunderDome concept. I think WWE has done their best to make the experience for the performers feel as if there’s a live audience possible. That was something I was anxious and trepidatious about was going out and not having any people out in the arena except for, of course, the people on the video monitors. It was again really cool. My hat goes off to WWE because I think they did a great job with that.”

Just before The Undertaker came on to announce Kane’s historic induction into this year’s Hall of Fame, the panel and Kane journeyed back to his and The Deadman’s WrestleMania 14 matchup in 1998. To this day, Kane believes that the match itself still holds the same kind of excitement as it did 23 years ago.

“Even though I lost the match, it still made Kane because he got to go toe-to-toe with The Undertaker,” he mentioned. “After the match – even though The Undertaker got the 1,2,3 – Kane was the performer that was still standing at the end of the night.”

Next, the look back on his WrestleMania 17 matchup, where he, Raven and The Big Show squared off in a Hardcore Match. Kane recalls struggling with his mask that night and wanting to make sure he kept him and his opponents safe while he drove the golf course around the arena.

“Actually, a lot of people do say that’s one of their favorite matches of my career,” he revealed. “You can do things in hardcore matches that you can’t do otherwise. Certainly, the golf cart chase was one of those deals. To be frank, I can’t see really well in that mask, so that was my main objective was just not to wreck the golf cart or have it run me over. So, hopefully, we could make it entertaining without making it too dangerous for everybody involved.”

Just six years after The Undertaker and Kane tangled at WrestleMania 14, the two rivals would meet again. This time, Kane became the unmasked version of himself. To the former WWE/World Heavyweight Champion, Kane thought this storyline played an integral part in the evolution of where he and The Undertaker’s gimmicks would go.

“My character at that point completely changed,” he noted. “The original masked Kane was the antithesis to The Undertaker. We were flip sides of the same coin. But in this case, you have a completely different Kane who is not like an indestructible monster, [he’s] much more maniacal and much more vicious – I think.

“I don’t think it matched up to Undertaker like the masked Kane did as far as having these supernatural powers and that sort of thing. When the mask came off, I was about to do things and put emotion into that character that I hadn’t been able to do over the mask. So, that really changed the entire dynamic between the two of us. For storyline purposes, it was even more so… Undertaker was hot at Kane. I had put him out. It wasn’t just brother against brother; we’d been through that. I was the guy that was trying to end his career. I think it really breathed new life into the whole rivalry.”

You can watch Kane’s full interview here. If you use any of the quotes in this article, please credit WWE’s The Bump with a h/t to Wrestling Inc. for the transcription.