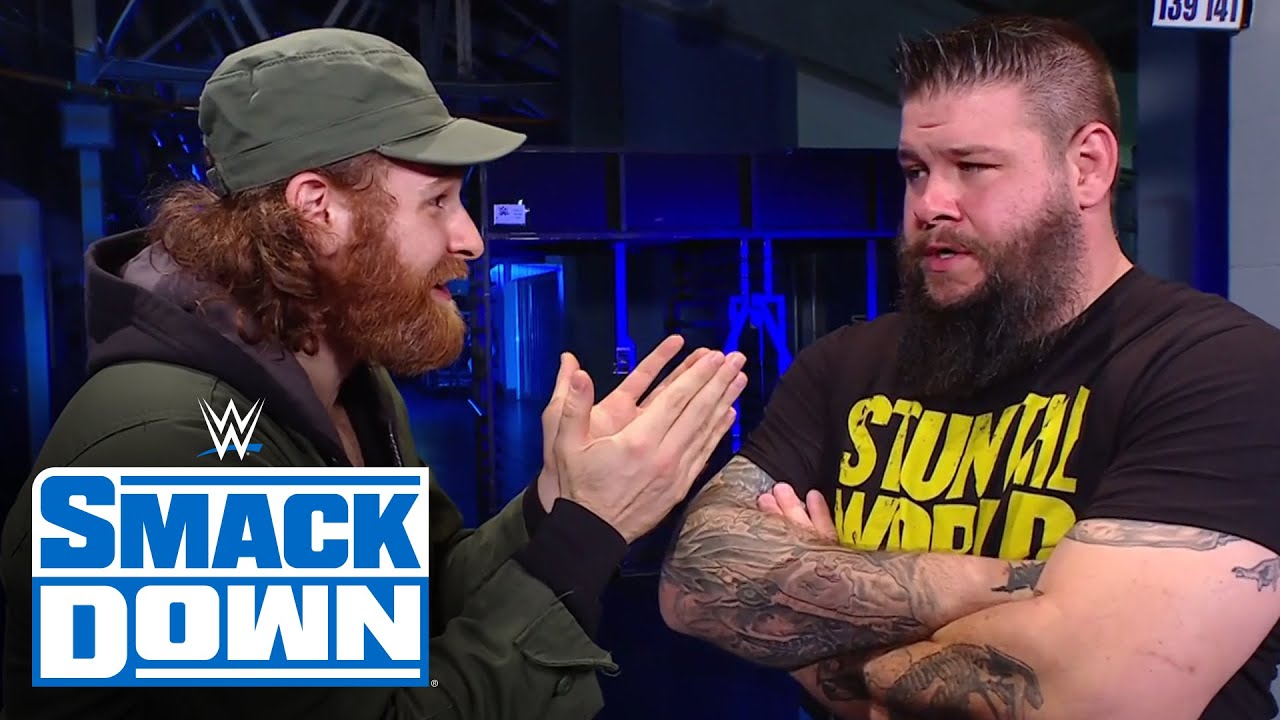 With a friendship dating back over 20 years, Kevin Owens and Sami Zayn will switch the playing field by renewing their rivalry on the Grandest Stage of Them All, WrestleMania 37, in two weeks. Owens, who is concerned about Zayn’s conspiracy theory acquisition, is looking to put a stop to his delusion by being the guy to knock some sense into him. He is confident that Zayn will return as one of the best in-ring performers again after their showdown on April 11.

“It’s really hard to put into words what it means to our careers because we’ve been joined at the hip since we met, in what, 2002. That’s almost 20 years ago,” Owens noted on this week’s Talking Smack. “I like to say we’re more like brothers than friends because we never chose to be friends with each other, right? Sami and I, where we came from, Quebec, it was really hard for people to get outside of the province and make their names in wrestling. But when we started getting a bit of a buzz, all these wrestling companies — independent companies — would bring us together, and we had no choice. They’d say, ‘We want the best two, and that’s you two.’ That’s why I like to say he’s more of a brother than a friend.

“Of course, the last few weeks — last few months — the Sami Zayn that’s been coming out is not exactly the guy I’ve known for almost the last two decades. Yeah, sure, maybe he’s a prick, but I’ve always respected the hell out of him. But the problem I’ve had the last few months is this conspiracy theory stuff that he’s harping about in this alternate universe that he seems to live in. It’s taken him away from being one of the best in the ring. At WrestleMania, I get to knock [some] sense into him. If I’m going to do that to my brother, I can’t think of a better place to do it at than WrestleMania.”

Just before concluding his interview, Owens asked panelist Paul Heyman if he sees Roman Reigns retaining his Universal Championship, especially now that his main event matchup has changed to a Triple Threat between Edge and Daniel Bryan. When Heyman replied that yes, he sees it happening, Owens slyly mentioned how he’d like to become the next challenger in line for the title by considering a contract opportunity at Money In The Bank.

“You know that pay-per-view that happens after WrestleMania? Maybe not immediately after WrestleMania. What’s it called? Money In The Bank?” Owens asked, which caused some concern to show on Paul Heyman’s face. “I love Money In The Bank, dude. I love it! The ladder matches, and there’s the briefcase with the contract in it. If you cash in the contract, anytime, anywhere, you know, big title match? One of my favorite shows. All right. Thanks, guys. Paul, lovely as always.”

You can watch Kevin Owens’ full interview on the WWE Network. If you use any of the quotes in this article, please credit Talking Smack with a h/t to Wrestling Inc. for the transcription.

A showdown at The Show of Shows.@FightOwensFight will battle @SamiZayn during Night 2️⃣ of #WrestleMania, streaming LIVE Sunday, April 11 at 8E/5P on @peacockTV! pic.twitter.com/aXfThdKUe4