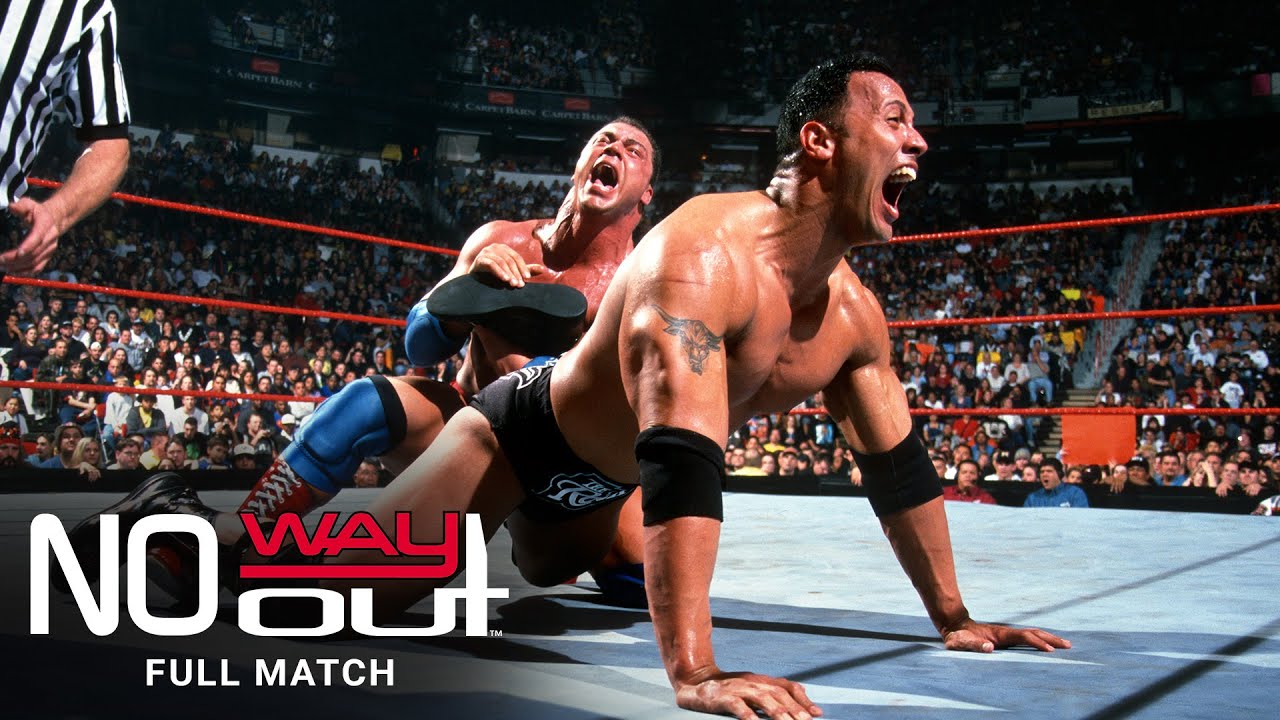 On the latest episode of The Kurt Angle Show, Kurt Angle talked about his match at No Way Out 2001 against The Rock.  While Angle felt that The Rock was one of the two best sellers he’s faced, the other name will surprise many people.

“He [Rock] was always a step ahead and his athleticism really came out in the ring,” Angle said. “His biggest asset is selling, a lot of people think he over sells and that’s why he does it. He oversells because he wants everybody at home, every fan in the arena, 20,000 people, he wants that little girl at the top of the rafter to see his selling, his face. He makes it visible to everybody and he oversells, that’s the way you’re supposed to do it in pro wrestling.

“A lot of people under sell, Dwayne had it, another guy that had it was Vince McMahon. Vince always told us ‘The money is right here [points to his face], this is where you sell tickets. You got to show emotion, when you’re angry or scared or hurt.’ Those two were the best at it.”

Angle discussed being the guy in between Stone Cold Steve Austin and The Rock on the road to their WrestleMania 17 main event match. On the road to the big event, the WWE Hall of Famer said he wrestled Austin and Rock more than anyone else in 2001.

“Austin was always the guy, since I got there but Rock got so big he was right there hand and hand with Austin,” Angle said. “It was pretty cool to see two superstars take the top spot. They were sharing it with each other and it was an honor because that year I wrestled them more than anybody else I wrestled. It was Rock or Austin whether it was T.V. or house shows or pay per views, I wrestled them quite a big in 2001.”

Going into WrestleMania 17 in 2001, Angle was the World Champion before the No Way Out event and was looking like the person who was going to face Royal Rumble winner Stone Cold in the main event. Instead of holding the championship at WrestleMania, Angle lost the belt to The Rock to set up the Rock vs. Austin main event. Angle noted that he wishes he was in the main event, but understood why Rock vs. Austin was the biggest match possible.

“I wanted the main event spot at WrestleMania [17],” Angle said. “I felt like I deserved it but I also knew that they were planning Rock and Austin six months prior to WrestleMania, I believe they were planning it when I beat The Rock for the title at No Mercy in 2000. They were going to let me have a good run for six months as champion, then The Rock was going to win the title back and then main event WrestleMania with Stone Cold.

Angle continued to talk about never being positioned for the main event of WrestleMania 17 even though he won the championship six months prior. The WWE Hall of Famer said he knew at No Way Out that he was going to lose the title in order to set up Rock and Austin.

“They had no plans of a Triple Threat,” Angle said. “I believe the only way I could have main evented WrestleMania [17] is if Rock or Austin would’ve got injured I would’ve replaced them. That was my only chance at main eventing WrestleMania 17.”

“I knew the match was being set up against The Rock [at No Way Out 2001]. Nobody said who was going to win, there was no finish discussed but I kind of knew if I was going to face The Rock again at another pay per view six months after I beat him, he’s probably going to beat me. So I figured it out on my own.”