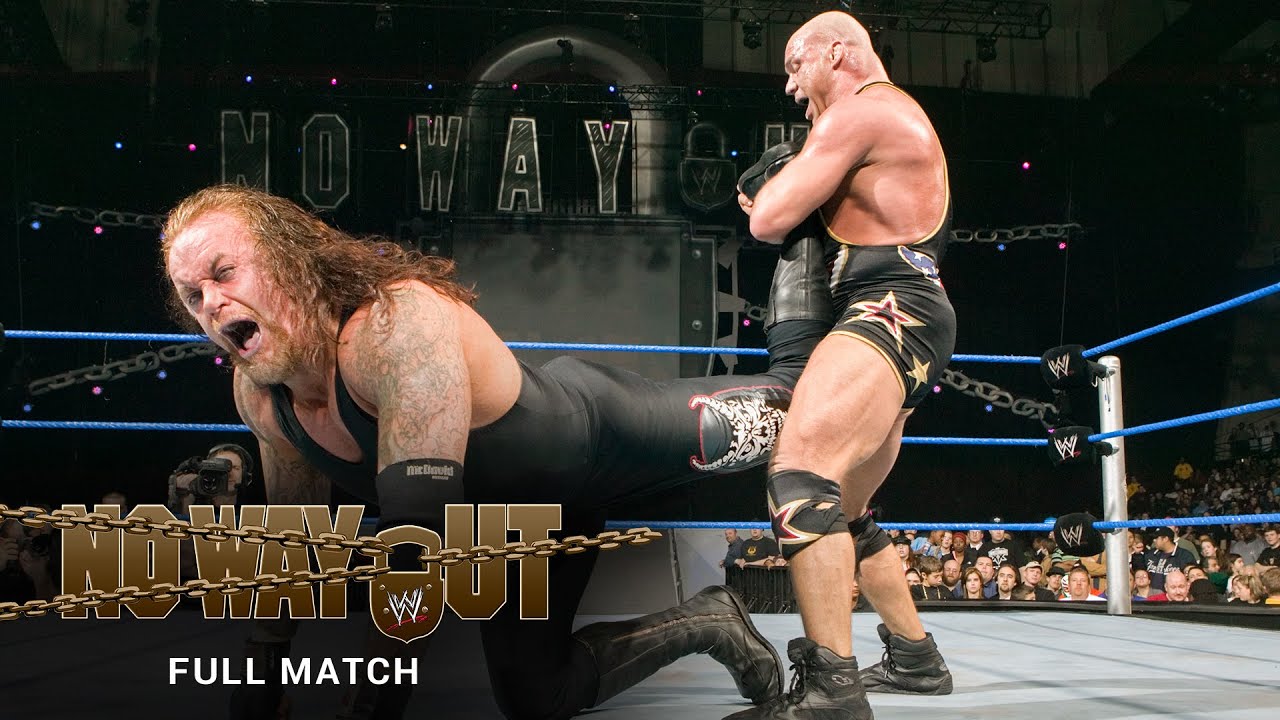 On the latest episode of The Kurt Angle Show, Kurt Angle spoke about the No Way Out 2006 pay-per-view where he wrestled The Undertaker in the main event for the World Heavyweight Title.

The show was the final PPV before WrestleMania 22 that year where Angle wrestled Rey Mysterio and Randy Orton, while The Undertaker wrestled Mark Henry. Their match at No Way Out 2006 was regarded as one of the best matches of the year. Angle revealed Taker came up to him and asked him if they could face at Mania in December, four months prior to WrestleMania 22, but Vince McMahon turned down the idea.

“It was a big deal to us, both Undertaker and myself,” Angle said. “Having ‘Taker come in at No Way Out and you wrestle him in the main event, usually it’s a downer pay-per-view, but it was an upper. Taker actually wanted to face me at WrestleMania [22], he told me this back in December before I had the match at Royal Rumble. I said that’d be fantastic, he said we’re going to have to go to Vince [McMahon] and ask him. We went to Vince and Vince said ‘No, I’m not ending Taker’s undefeated streak.’

“He didn’t tell me why I would have to end his undefeated streak, but the reason was because I was going to win the World title and go to WrestleMania and wrestle somebody holding the world title. I think Vince McMahon felt I was going to hold the World title after WrestleMania, which I didn’t. It was really awesome to have him at No Way Out and the reason Vince booked it is because we wanted the match at WrestleMania so Vince said no but we’ll make it at No Way Out.”

Angle talked about the aftermath of his match with The Undertaker at No Way Out 2006 and Vince McMahon’s reaction to it. The former Olympic Gold Medalist said Vince must have regretted not having that match at WrestleMania.

“If you don’t think Vince was thinking that, you’re high,” Angle said. “Of course he’s going to say ‘Damn, that was my main event of WrestleMania.’ Because I legitimately thought that was the match of the year in 2006, I took pride in that match. I thought that was one of the best matches that anyones ever done. To not be at WrestleMania, Vince was probably like aw s--t, I should’ve done it. What he could have done is he could have had Undertaker beat me for the World Title, he just didn’t want Taker to have the title at the time.

“I think there was a way to make it work, if Vince was cool giving up the title to Undertaker or giving it back to me or someone else, that would’ve been a good idea. He just felt like it was too much work all for one match to happen. I believe when he saw the No Way Out match he said, damn, I should’ve done it [at WrestleMania 22].”

The reason Angle was given the World Heavyweight Title at the time was because Batista suffered a severe injury that would kept him out of ‘Mania that year. Angle said he truly believes if Batista had not gotten hurt, he would have wrestled Mysterio, and he could’ve wrestled The Undertaker. He said the main reason he didn’t wrestle Taker was because Vince wanted to keep the world title on Angle after the show, but Angle ended up losing the title anyway to Mysterio at WrestleMania 22.

“For whatever reason, it didn’t happen. The problem was Vince didn’t want me to lose the title at WrestleMania and I did anyway! I lost it to Rey, either way we should’ve had the match at Mania, Undertaker and myself. I lost the title anyway, Undertaker could’ve just beat me and I could’ve not ended his undefeated streak.”