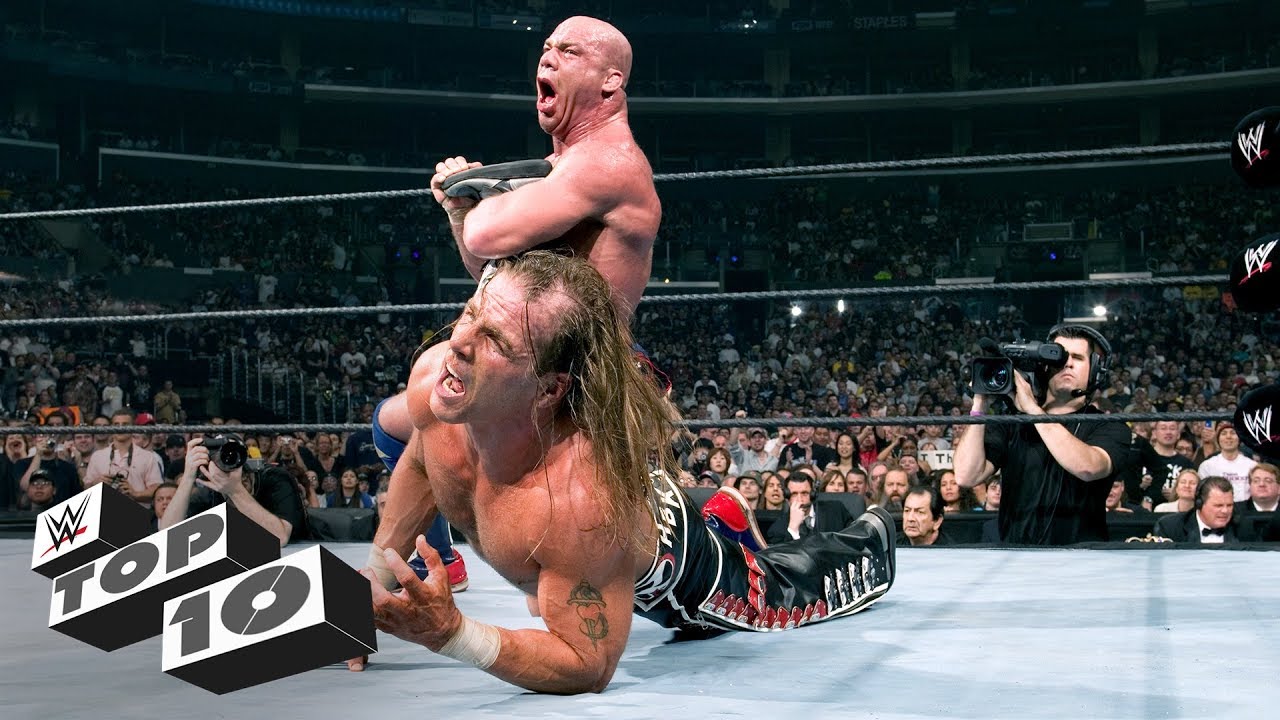 On the latest episode of The Kurt Angle Show, the former Olympic Gold Medalist talked about the finishing moves that he’s used over his career. Angle said his infamous “Ankle Lock” was a move he stole from a fellow wrestler who wasn’t with the company when he arrived. He also mentioned who came up with the idea for him to use the Ankle Lock.

“Being a shooter and having the history I did, I wanted to come up with a submission hold that I could start using,” Angle said. “I knew that Ken Shamrock used the Ankle Lock and he was gone doing MMA and I figured I might as well take that.

“Ken Shamrock wasn’t upset about it, he was actually very cool about it. Taking his finish and using it helped me dearly. It made me a more credible wrestler and more dangerous.”

Angle noted that he used the Ankle Lock because it could be used on anybody, no matter their size. He revealed that the Olympics made them change the name of his “Olympic Slam” finisher to the Angle Slam.

“It’s kind of funny because when Michael Cole found out that the Olympic committee was upset, the next week on RAW he said Olympic Slam at least 15 times because he wanted to piss them off. He just kept saying it, it was hilarious.”

The 2017 Hall of Famer dispelled the rumor that his finish was called the Angle Lock rather than the Ankle Lock. He said the move was used in all respect to Shamrock and never wanted the move to become his own.