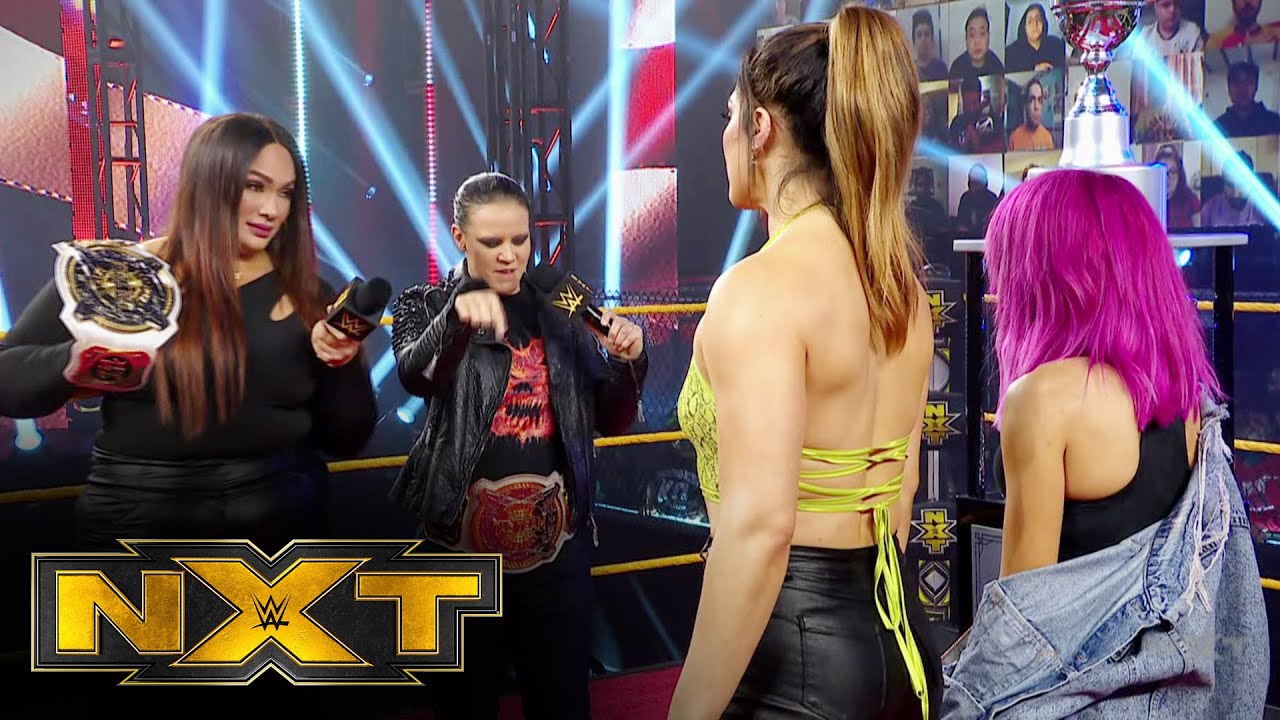 Just hours before they defend their Women’s Tag Team Championship against Dakota Kai and Raquel González on NXT, Nia Jax and Shayna Baszler spoke with the panel from WWE’s The Bump on how they’ve been preparing for this trialing match. To Baszler, she sees this title defense as just another day in the office.

“We’ve done all of the preparation. We’ve stayed busy. We’re the busiest champions there’s been, I think,” Shayna Baszler said confidently. “It’s not like we have any ring rust, or we’re coming in cold tonight. I know it sounds cliche, but it’s quite literally another day in the office for us.”

Nia Jax added that being a two-time Tag Team Champion, she isn’t sweating over tonight’s match at all. In fact, she sees this as another match that will make fans and spectators recognize just how commanding they are as a team.

“We are such a great team that we didn’t even realize it when we first got together. We are dominant forces,” Nia Jax added. “We don’t necessarily need the recognition because our work speaks for itself. I think everybody’s opening their eyes now to how truly great this pairing is.”

Although she has a lot at stake, being one-half of the Women’s Tag Team Champion, Jax would still like to become a singles champion as well. Despite Charlotte Flair calling her shot for Asuka’s Raw Women’s Championship at WrestleMania 37, Jax believes she deserves that title match more.

“I’m not going to rule out the Raw Women’s Championship because hey, what’s the point of being here if I don’t want to be on the top and the best,” Jax clearly pointed out. “If Asuka actually returns, we have no clue. I’d have no problem challenging here. You know, Asuka and I have a history, and I believe that I could whoop her butt.”

You can watch Nia Jax and Shayna Baszler’s full interview here. If you use any of the quotes in this article, please credit WWE’s The Bump with a h/t to Wrestling Inc. for the transcription.