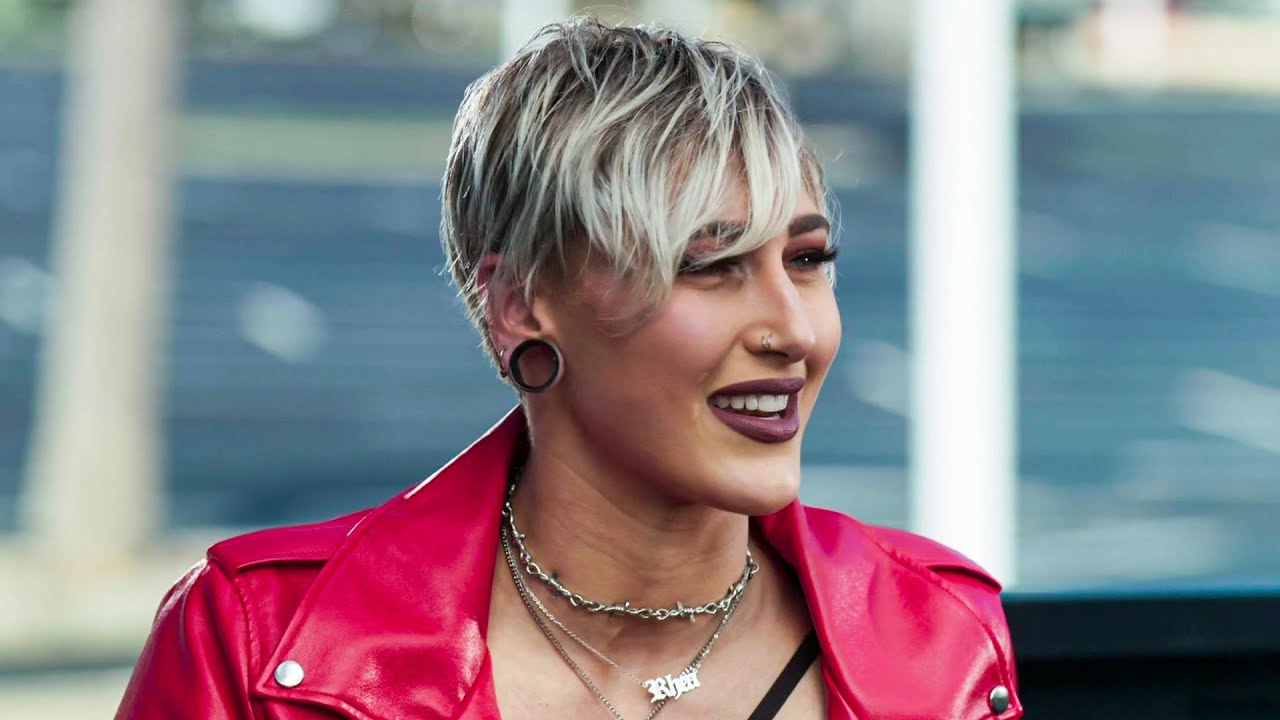 Just three years after signing with WWE, Rhea Ripley has created a whole new atmosphere in the women’s division. From becoming the inaugural WWE NXT UK Women’s Champion to winning the NXT Women’s Championship to defending her title last year at WrestleMania, Ripley is not slowing down anytime soon.

This week, Samoa Joe sat down with “The Nightmare” during his Grit and Glory show to talk about all the accolades she has accomplished at just 24-years-old. Ripley admits that it’s hard to put into words how she feels about the progress she’s made so far in her lucrative career.

“It’s completely epic! But I’m 24,” Rhea Ripley jokingly corrected. “But no, it’s amazing. To think that I came here at 20-years-old, it’s insane to me. I was just a little girl from Adelaide, South Australia; it’s just the craziest role. I don’t know how to put it into words how I feel about it. It’s just a dream come true, pretty much.”

Ripley reveals that while her career is soaring right now, she still struggles with the fact that it’s been two years since she’s seen her family. She explains the mental toll she’s been under since leaving her family in Australia right after signing with WWE.

“It was a hard thing to think about was the fact that if I made it here, I would have to leave my family,” she replied on facing tough decisions when she first signed to WWE. “I’m a huge family girl. Knowing that I haven’t seen them in over two years now is really, really tough.

“I went through a lot of struggles, and I didn’t have much, like, guidance from my family because I couldn’t really contact them ’cause of the time zones. When they’re sleeping, I was awake. When they’re awake, I’m sleeping. It drags on you mentally.”

Besides her family, Ripley says Rey Mysterio is one of the few pillars that inspires her to continue wrestling.

“I mean, my parents [have] always been a big one for me,” she replied on who inspires her to keep fulfilling her dreams. “They have gone through so many struggles that I have witnessed, and they just kept going and going. They’ve supported me and my sister through everything, no matter what.

“If I had to say a wrestler, I’d probably say Rey Mysterio. I loved Rey Mysterio growing up. I had a poster [of him] on my wall, and I would dress up like him. I made the pants and everything. I remember sitting down and watching him when I was younger, and because of his stature and his height, he had to overcome so much. And it really just, like, inspired me in a way. He was one of the main reasons why I kept watching wrestling and why I’m sitting here today.”

With WrestleMania 36 being the biggest moment in Ripley’s career so far, she felt defeated when she couldn’t share this moment with her fans and family. She mentions that all her frustration was channeled that night against Charlotte Flair, although she came up short and lost her title on “The Grandest Stage Of Them All.”

“Man, I had a lot of frustration. Like, I’m not gonna lie, I was pretty upset,” she revealed on her WrestleMania debut. “It wasn’t the fact that there was going to be zero people in attendance, but it was the fact that my family couldn’t be there to be part of this moment with me. That really sucked. It made me really sad and depressed, but at the same time, it’s WrestleMania.

“Even though I say that I don’t have any goals in wrestling, WrestleMania was always something I wanted to be a part of. Even though there was no one to celebrate or cheer or boo, and I didn’t have my family there, I knew that they were watching at home and supporting me no matter what. I had to keep imagining that in my mind, and that helped me sort of get through it.”

You can watch Rhea Ripley’s full interview here. If you use any of the quotes in this article, please credit WWE’s The Bump with a h/t to Wrestling Inc. for the transcription.

Previous
Dax Harwood Hints SmackDown Star Could Be Leaving WWE Soon
Next
Adam Cole Wants To Face Edge “So, So, So, So Badly”