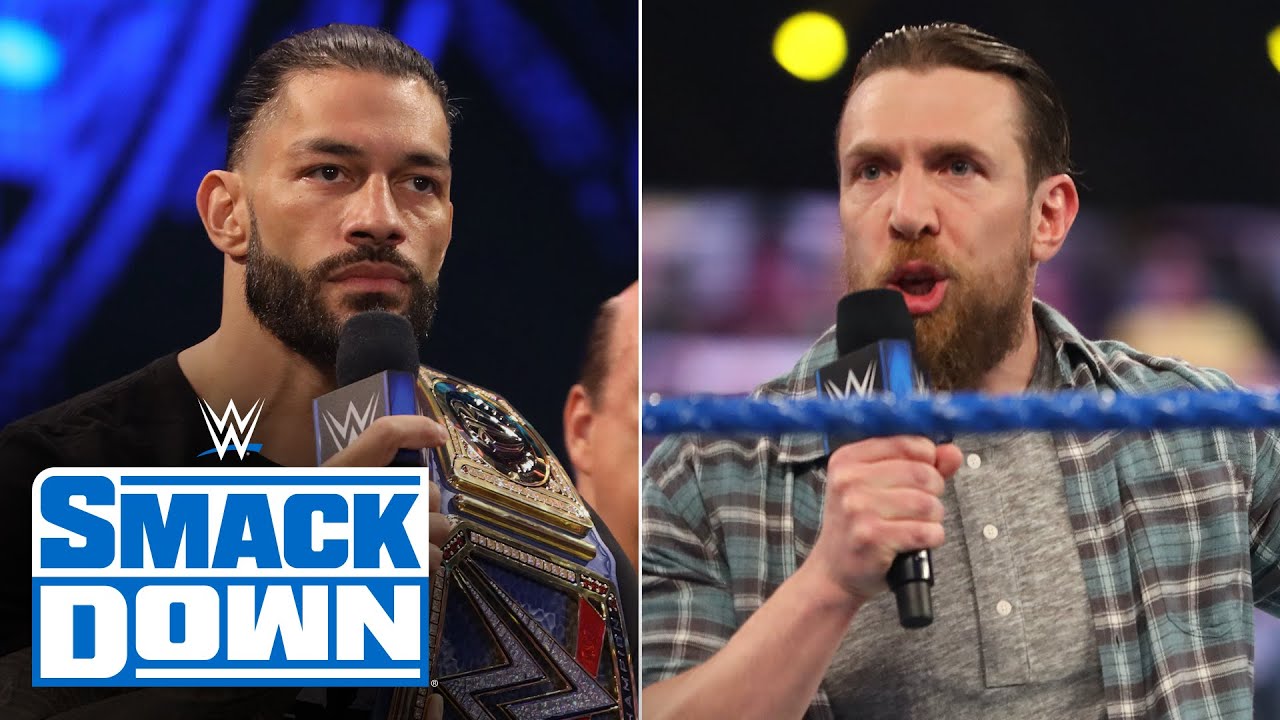 The sixth Fastlane event in WWE history takes place this Sunday, March 21st at 7pm ET (Kickoff Show at 6pm ET) from the ThunderDome at Tropicana Field. Fastlane will be the first live WWE event broadcast on Peacock Network and the final major event broadcast live on the WWE Network. Although Fastlane isn’t an annual event, it has delivered some fantastic matches in its short history. This year’s WrestleMania card is far from set, so a special performance at Fastlane should very much play into who gets on the WrestleMania card.

Below is a preview of each match on the card and predictions based upon recent booking and news. In the comments, please share your predictions for the event and what matches you want to see on this year’s WrestleMania card.

Edge as special outside enforcer.

Daniel Bryan earned his opportunity for the Universal Championship by winning the Elimination Chamber Match and subsequently defeating Jey Uso in a cage match. Shortly before Elimination Chamber, Daniel Bryan announced that he was no longer going to put anyone over himself and he has looked like the best wrestler in the company since. The last time these two met at Fastlane was six years ago and it produced Roman Reigns’ best singles match to date. Roman Reigns has improved every aspect of himself since that match and will deliver the performance of a lifetime against Daniel Bryan. Daniel Bryan has made it clear that his goal is to get Roman Reigns to submit while Roman contends that he’d rather lose his arm than submit to Bryan. Edge will certainly be involved in the match and likely will cost Daniel Bryan the victory over Roman Reigns as the three Superstars seem destined to continue to feud with one another even beyond WrestleMania.

After losing back-to-back competitive matches against Big E & Shinsuke Nakamura, Apollo Crews let his frustration take over and turned heel by attacking Nakamura after their match. Crews has since declared that he is embracing his Nigerian roots and dedicated himself to assaulting Big E. Although it’s awesome to see Apollo in a featured role, Big E is the one who needs to continue to be booked strongly if his star is going to keep rising. Crews and E work well in the ring together, but if E defeats Crews – who hasn’t beaten very many people – what does E gain? WWE booked E against Sheamus last year to show his serious side, perhaps booking E against the incredibly athletic Crews will showcase some of E’s athleticism and conditioning? These two Superstars deserve time to tell their story and with the right care, Crews will continue to establish his new heel persona in spite of a loss to Big E.

Seven months after Jax & Baszler won their first tag team titles from Sasha Banks and Bayley, they’re set to face Banks again. The circumstances are much different for this match because Banks’ partner is also her challenger at WrestleMania: Bianca Belair. Banks and Belair are almost certain to lose here and hopefully Banks takes the pin to hint at her vulnerability. As Baszler & Jax continue to establish their reputation as the powerhouse team of the women’s division, hopefully they can get the win by hitting a decisive finisher on Banks to establish the possibility of Baszler & Jax winning via one powerful tag team finisher.

These two best friends have beat the hell out of each other for the past month. McIntyre and Sheamus work so well together but it’s time for their feud to come to an end as McIntyre approaches his WrestleMania match with Bobby Lashley. Sheamus has been rejuvenated during this feud with McIntyre and deserves another shot at the United States Championship. Sheamus is excellent at bringing out the toughness from whoever he faces- Ali or Riddle would be ideal opponents for Sheamus’ next feud.

McIntyre and Sheamus will be hard-pressed to top their match on the March 1st edition of RAW, but the two friends haven’t underperformed yet in this feud. WWE has to have noticed the attention AEW has gotten recently for the level of violence on their programming – who better to deliver some violence in the evening than two best friends that love to beat each other bloody? Expect a snug affair that ends with a Claymore Kick and a pinfall.

Alexa Bliss has continued to torment Randy Orton since he burned The Fiend. Orton is almost as well known for his mindgames as he is known for his smoothness in the ring. Bliss has managed to haunt Orton more than anyone has since The Undertaker. Orton agreed to his first intergender match against Bliss in hopes that he can finally escape Bliss and move on from his feud with The Fiend. Unfortunately for Orton, The Fiend will return at Fastlane and make Randy’s life a living hell until WrestleMania.

No contest due to The Fiend

Shane McMahon has decided to spend his WrestleMania season bullying Braun Strowman. McMahon has humiliated Strowman in some of the most agonizing segments in WWE history. Strowman’s humiliation reached a new low this past Monday when Shane McMahon viciously assaulted Strowman with green slime, rendering the 6’8” 386lb former Universal Champion helpless on the floor.

This feud makes no sense and is a tremendous waste of Braun Strowman. Hopefully he beats Shane McMahon and ends this as soon as possible but it really feels like this is a feud that WWE thinks is good for Braun. Shane will likely win this match through shenanigans, thus setting up Braun getting an impressive win over a man 14 years older and 150lbs lighter than him at WrestleMania.

Mustafa Ali has been rewarded after recent competitive losses to Riddle with a title shot at Fastlane. The two rising stars have a tremendous opportunity to make a statement before WrestleMania. Riddle’s career has been hampered by a sexual assault case while Ali’s career has been hampered by injuries and timing. In spite of recent losses, Ali is the right man to carry the United States Championship into WrestleMania while Riddle continues to work his way into the good graces of the WWE Universe.

Two of the greatest wrestlers of the past decade will clash once more in WWE with little build. Nakamura has stated multiple times that Seth Rollins is one of his dream opponents in WWE but the two have yet to have a proper feud. Their match at Survivor Series ‘18 hinted at what we might see should the two feud on the same brand in the future and this may be WWE testing the waters once again.

Rollins is on a collision course with Cesaro at WrestleMania but no one should ever sleep on a Rollins/Nakamura match. These two have excellent chemistry that will hopefully be explored sometime down the road. In the meantime, Rollins needs the win here to reestablish his credibility as he prepares for WrestleMania & Cesaro.