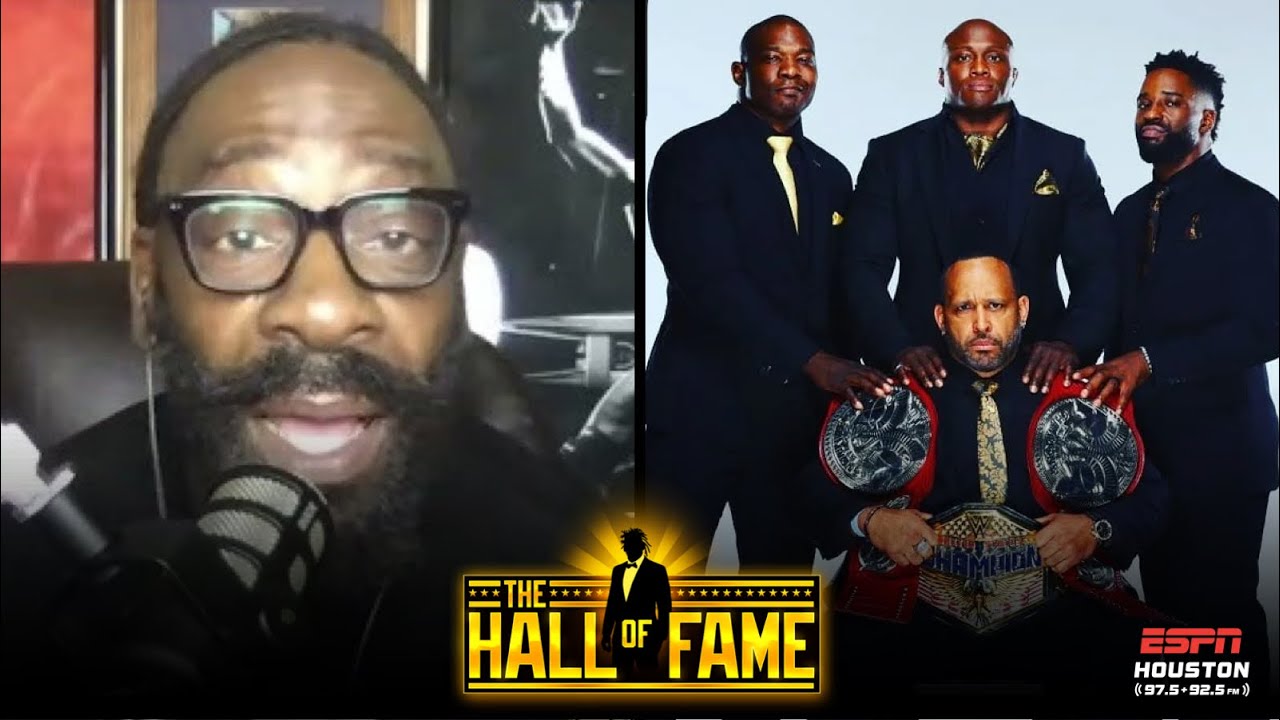 On the latest episode of The Hall of Fame Podcast, Booker T spoke about The Hurt Business splitting up in the lead up to WrestleMania 37 this weekend. On a recent episode of RAW, MVP and WWE Champion dismissed Shelton Benjamin and Cedric Alexander from the group after tensions had been building for weeks. The 2x WWE Hall of Famer said he didn’t see the split up happening and loved the class they showed when the four of them were together as a group.

“I liked the faction,” Booker said. “I was not sold on Cedric Alexander in the beginning but the way I looked at the Cedric deal was he was a young cat, the veterans bring him in, try and school him. It seemed to have been picking up certain traits as far as what it takes to make it through that glass ceiling.

“What I liked was the class of The Hurt Business. It wasn’t too overdone or anything like that as far as having too many members, trying to make it something that it wasn’t. It was four guys that were banding together to create something. I thought they did that. With the Hurt Business being a collective and taking Bobby Lashley to the World Heavyweight Championship, I think that’s what it was and should’ve been all about.

Lashley and MVP were reportedly vocal about their issues in breaking up the group so quickly, however Vince McMahon reportedly would not budge. Booker felt that the split came out of left field, saying he believed Lashley and The Hurt Business could have run RAW for the better part of this year.

“MVP did a hell of a job putting that faction together and putting himself back in the driver’s seat. MVP was out of the game for a minute but when he came back, he came back like the 6 million dollar man. It doesn’t seem real. When I was watching it and seen Cedric Alexander and Shelton walks in, I was like wow, it’s over with. It seems like it was over before it got started, that’s the bad part right there.”

If you use any of the quotes in this article, please credit The Hall of Fame with a h/t to Wrestling Inc. for the transcription.