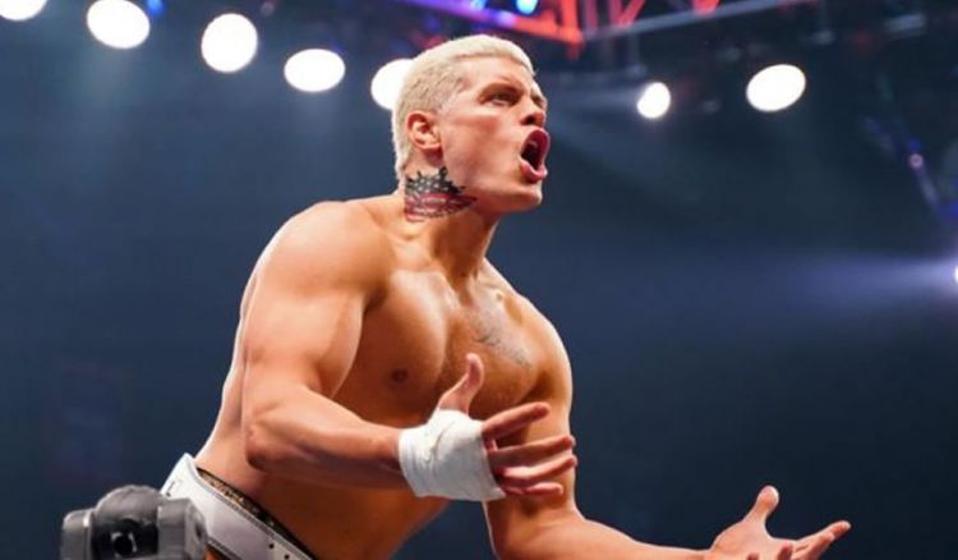 Cody Rhodes has returned to AEW.

This was Cody’s first appearance on Dynamite since the March 31 edition, when Marshall led an implosion attack on the Nightmare Family. During that beatdown, Cody was subject to multiple chair shots and a closed-fist gut punch from Olympic boxer Anthony Ogogo, a move that has finished numerous matches in subsequent weeks.

After the bell, Nick Comoroto attacked Dustin Rhodes with his bull rope before Colten and Austin Gunn ran out to make the save. Marshall fled to the parking lot and attempted to enter the Nightmare Express bus, which The Factory made their entrance with, but was met with a kick from Cody Rhodes.

Rhodes and Marshall brawled outside and on top of the bus, where Cody locked him in a figure-four. Referee Aubrey Edwards joined them on top of the bus, trying to break up the brawl, as a bunch of wrestlers flocked below to cheer them on.

After the brawl ended, it was announced that Cody would take on QT Marshall in singles action, with Arn Anderson and The Factory in their respective corners. Rhodes and Marshall previously faced each other in an exhibition on March 31.

You can see Cody’s return below:

Give a RT for @CodyRhodes being back #AEWDynamite pic.twitter.com/87ySb77njA