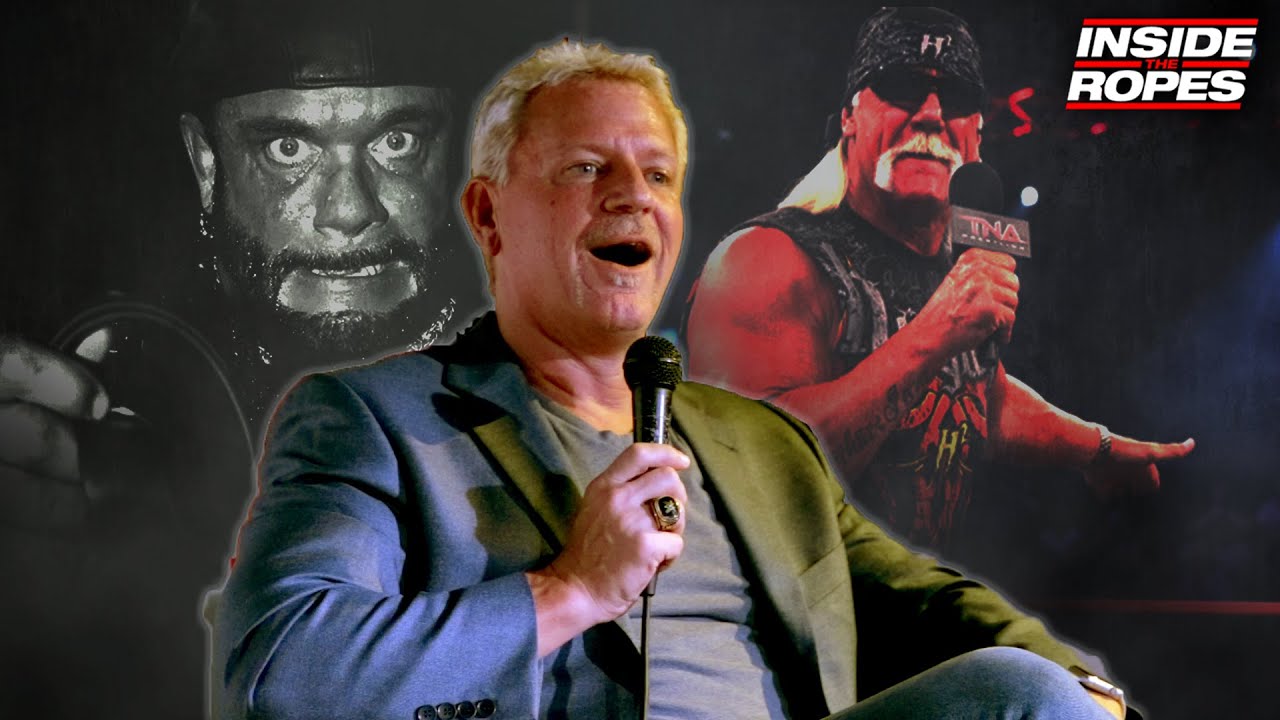 The current Impact Wrestling is centered around younger stars that have been more-or-less grown from within, but the company had infamously relied on older stars for the better part of their time as TNA.

Speaking with Inside the Ropes, TNA co-founder Jeff Jarrett detailed the early mentality of bringing in the stars of yester-year.

“The first layer of the answer is get eyeballs on our product,” Jarrett said. “Hulk [Hogan] obviously, at this stage of his career, was post-nWo, which was his second major, major run. [Randy] Savage, same thing. It’s not like they were going to come in and work weekly for us anyway. Even Sting in the early signings was a, ‘Let’s get him on board, be a part of the product, a part of the sizzle reel, a part of the clip reel. Get eyes on it, then continue to build the core group of AJ Styles, of Bobby Roode, of Team Canada, of Eric Young, of Samoa Joe. All that.’”

Despite having the goal of getting their core stars the rub from the legends, past greats like Hogan had other plans. After his iconic match against The Rock at WrestleMania X8, Hogan departed WWE in 2003 for New Japan Pro Wrestling. Hogan would have a single match in his NJPW return where he defeated Masahiro Chono. During the post-match press conference, Jarrett infamously attacked Hogan with a guitar shot to the head, with the goal of setting up a major bout between the two on TNA soil.

“Maybe his greatest asset is not his talking skills, it’s his negotiating skills,” Jarrett said. “It was obviously very clear that New Japan Pro Wrestling paid him a lot of money. He went over, he helped arrange me to come over. That guitar shot was out of nowhere. It made for great TNA programming, great storytelling, great buzz. It did everything we hoped it would.

“The first Bound for Glory was Jarrett vs. Hogan, but that obviously never took place. We originally named that pay-per-view that. It never came in. Hogan parlayed that into going back and having another WWE run.”

While Hogan’s DNA eventually became intertwined in TNA in the late 2000s into the early 2010s, Randy Savage’s Total Nonstop Action run was far more brief. The Macho Man’s TNA tenure lasted a matter of weeks, to which Jarrett says was due to his priorities being in other places.

“Randy had made up his mind,” Jarrett said. “He wanted to give back a little to the business, but Randy’s head was in the movies. He was always talking about reinventing Randy Savage in the movies and in rap, and he was dead serious about that.”

The late Chyna was another legend that had a quick run in TNA in 2011, to which Jarrett looks back on fondly.

“She was in my last WWF match,” Jarrett said. “And she was in a TNA ring in her last match ever against me. Isn’t that crazy?”

You can watch Jarrett’s comments below. If you use any of the quotes in this article, please credit Inside The Ropes with a h/t to Wrestling Inc. for the transcription.