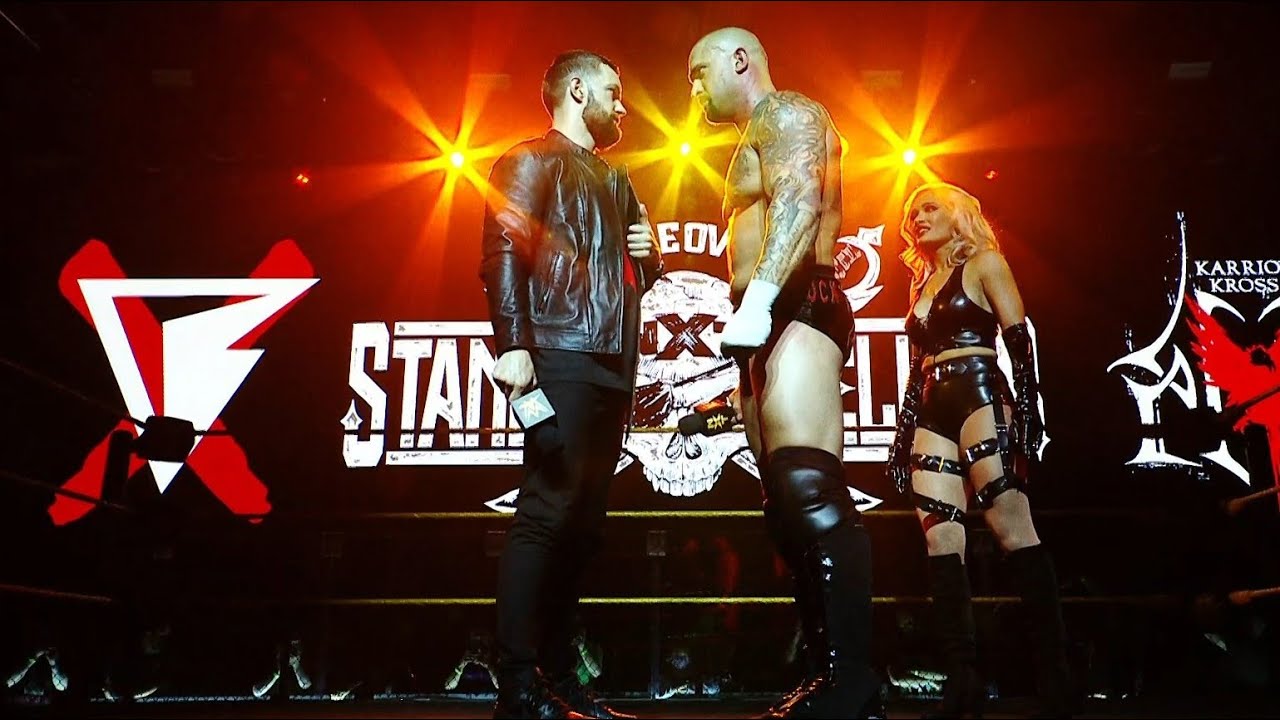 The clock is now ticking before “The Prince” Finn Balor puts his NXT Championship and throne on the line at NXT TakeOver: Stand & Deliver tonight. Just before he steps into the ring with Balor, Karrion Kross made an appearance on The Bump to discuss his strategy going into this redemption match. Everyone on the panel was surprised to hear Kross praise his opponent before they clash at tomorrow night’s main event.

“I’ve said this on several occasions, and I have no problem saying it again: I personally think Finn Balor is the best NXT Champion of all time. That doesn’t bother me or hurt my ego to say that,” Karrion Kross stated. “He’s proven himself. No one is ever going to take his accomplishments away.

“Win or lose, this guy one day will be a future Hall of Famer. Me personally, I wouldn’t want to be competing against anyone at Stand & Deliver aside from him. If I can pull this off – I’m certain that I can, this will be a credit for me.”

On April 8, it will mark the one-year anniversary of when Kross and Scarlett made their first appearance on NXT as observers of Johnny Gargano and Tommaso Ciampa’s One Final Beat matchup. From being a spectator to a main event challenger, Kross is certain his fate will change for the better tomorrow night. Even Scarlett thinks so.

“You can’t escape fate,” Scarlett concluded. “Everything happens for a reason.”

You can watch Karrion Kross and Scarlett’s full interview here. If you use any of the quotes in this article, please credit WWE’s The Bump with a h/t to Wrestling Inc. for the transcription.