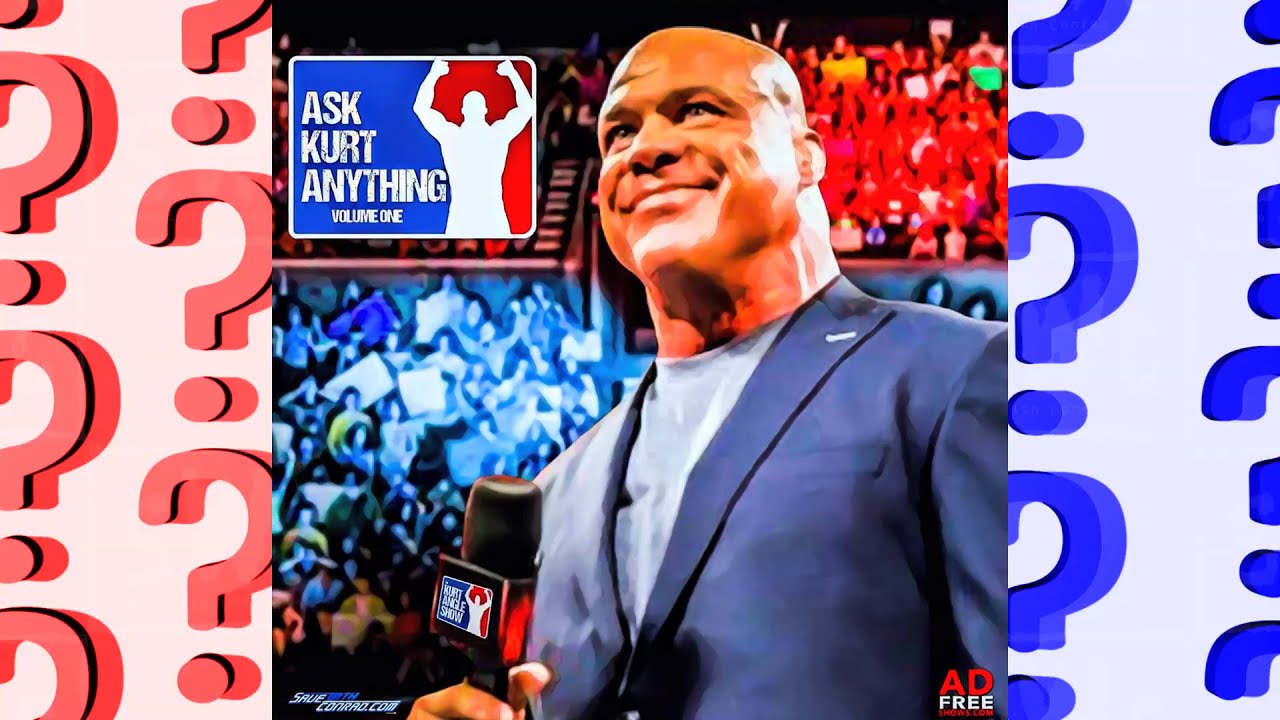 In August of 1998, two years after winning an Olympic Gold Medal, Kurt Angle debuted in WWE. In the years following his Olympic victory, Angle was deciding which pro wrestling company to sign with. At the time, WCW and WWE were in the middle of the Monday Night Wars and the Gold Medalist said he wasn’t sure which company to choose.

Speaking on The Kurt Angle Show, Angle said he called around for advice before ultimately choosing WWE. The 2017 WWE Hall of Famer said another all time great got on the phone and told him that coming to WCW would be a mistake.

“Somebody called me and said ‘Hey, if you want advice, call Ric Flair,’” Angle said. “So I called Ric Flair, we started talking about wrestling and I said ‘Would it be smart to go to WCW?’ He said ‘Hell no. No way, you go to WWE, Vince will take care of you. Don’t come to WCW, they’re going to bury you.’

“Ric was working for WCW at the time, so I thought he either doesn’t want me to take his spot or he’s being honest and I think he was being honest.”

Angle ended up signing with WWE and became a six-time World Champion. Angle revealed that there was another World title he was scheduled for.

At the Vengeance 2001 pay-per-view, Chris Jericho became the first ever Undisputed Champion by defeating both The Rock and Stone Cold Steve Austin in the same night. On that night, there were three championship matches featuring Austin and Kurt Angle for the WWF Championship, Jericho and The Rock for the World Championship and then the main event featuring the winners of both matches to unify the belts.

Angle mentioned that he was originally the person Vince McMahon chose to have win the titles at Vengeance, however plans changed to Jericho. Given how over Jericho was getting with the fans, Angle said it was the right move by Vince and WWE, and he would have made the same call.

“I was actually set to win the title,” Angle said. “But Vince McMahon came to me about a week before and said ‘Hey, I’m not going to put the title on you, I’m going to put it on Jericho because he’s red hot right now, he’s working his way up and he needs this title more than you.’ I agreed with Vince, I said ‘You’re absolutely right, I’d put [the titles] on Jericho too if I were you.’

“There was consideration for me to win the title, but I think Vince went with Jericho because Jericho needed it more and Chris was a red hot baby face at the time. Giving him that title just legitimized him even more, he deserved it.”