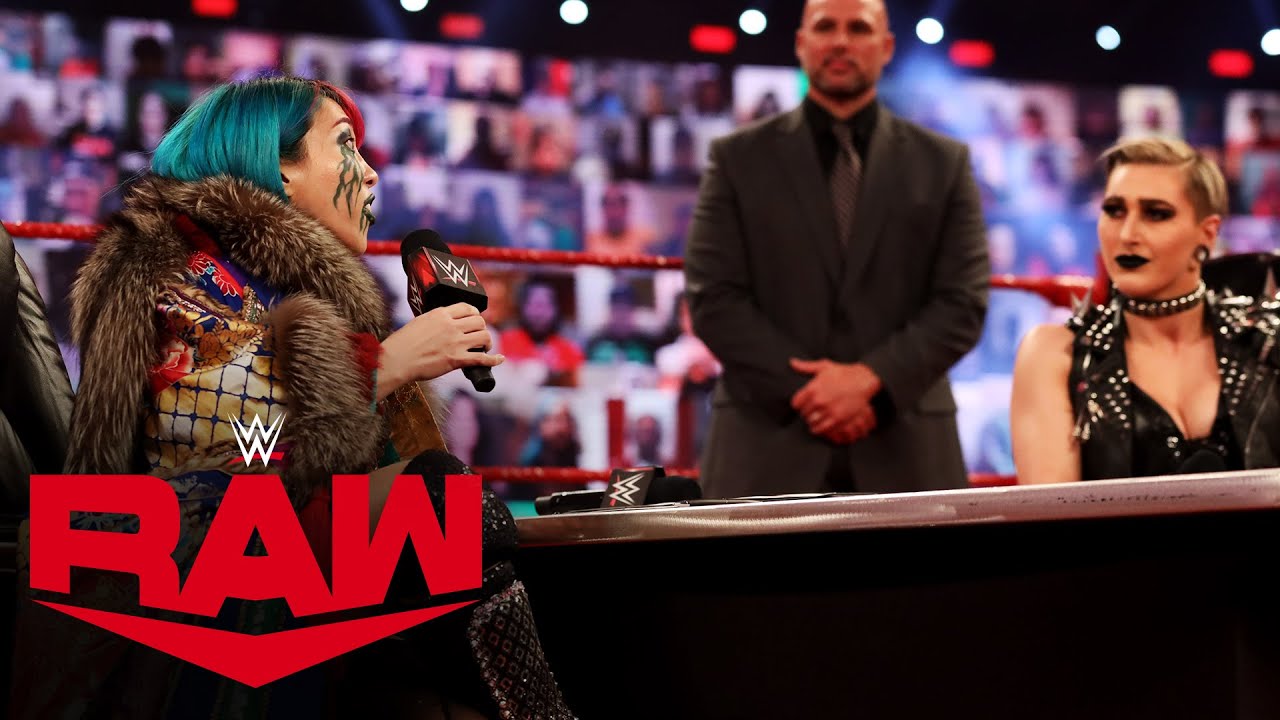 Just days before her second big WrestleMania match, “The Nightmare” Rhea Ripley spoke with Renee Paquette on Oral Sessions about how excited yet nervous she is to take on Asuka. Right now, this monumental moment hasn’t really sunk in for her yet.

“I’m super excited,” Rhea Ripley exclaimed about her upcoming WrestleMania match. “I actually haven’t let it completely sink in yet, so I don’t want to over-stress myself or, like, get too excited to the point that it turns into stress, and it’s no longer exciting. So, I haven’t really let it sink in just yet, but I am pumped!”

For the first time, Ripley will compete in front of a live crowd at this year’s WrestleMania event. She admits although she’s worried about how the outcome will be, she is extremely excited to rewrite her WrestleMania moment in front of thousands in the stands.

“Last year, I don’t want to say it was, like, disappointing ’cause it wasn’t. It was still WrestleMania. But it was definitely a different sort of feeling than I thought it would be,” Ripley stated. “Where this year, it actually feels, like, super real.

“And I have Ash [Costello] singing me out, and I’m so excited for that. I feel like I am having all my WrestleMania moments all in one, and it’s super exciting. I get to step into the ring Asuka, someone I wanted to wrestle for years.”

Speaking of Ash Costello, it was announced that the New Year’s Day vocalist will perform Ripley’s “Brutality” theme song this year. During her interview, Ripley revealed that originally last year, Costello was set to play. But due to the worldwide pandemic, WWE sadly had to cancel “The Nightmare’s” big walkout debut performance.

“So, I think it was meant to happen last year. I didn’t hear anything about it,” Ripley remembered. “She messaged me saying, ‘Like, I’m sorry, this was supposed to be the moment.’ She had been contacted by WWE, but it got canceled before I heard about it. So, they just messaged her this year as well, and she said she was down…I’ve met Ash before, and she is so lovely. I’m so glad I get to share this WrestleMania moment with her!”

When Ripley claimed her RAW Women’s Title shot opportunity last month, she admits this big moment was years in the making for her. Back when she first started wrestling at 17, Ripley recalls the very first time she ever saw Asuka wrestle, and how freighting she was. Now, as she prepares for her match against “The Empress of Tomorrow” on Sunday, Ripley is worried about how her stamina will compare to Asuka’s.

“I have so many emotions and feelings about this match. I’m super excited and nervous,” Ripley revealed. “Like, I’m super excited because I get to step in the ring with Asuka. I remember watching her in Japan when I was on the same show as her when I was 17-years-old. I thought she was incredible. I was absolutely terrified of her at the time. She scared the absolute crap out of me.

“Now, we get to meet in WWE and have this insane match. I’m super pumped. I’m nervous because I haven’t wrestled in a long time – it’s been a few months. Except for the tag match we had on Monday, I haven’t had a singles match since my last women’s standing match with Raquel [Gonzalez]. So, it’s been a while. I’m nervous about that and my gas tank and if I’m going to make it or not. But I’m excited.”

Despite losing her NXT Women’s Championship to Charlotte Flair at her debut match at last year’s WrestleMania, Ripley admits she would never take moments like that back. In fact, she sees them as stepping stones towards where she wants to go now on the main roster.

“Last WrestleMania, I learned a lot being in that match. I wouldn’t take back anything that happened,” Ripley noted. “And then, the road I took after WrestleMania, I went through speed bumps and ups and downs and everything. Character-wise, I didn’t know what I was doing. Personal-wise, I didn’t know what I was doing. But it’s all part of the game, pretty much. I feel like I have learned so much being in those situations, and I honestly wouldn’t change anything.

“Even though, yeah, it did hinder me for a bit, I felt like I got myself back up, and I’m finally ready to, like, take out the competition again. And I’m stoked to see how far I’ve come in a year, not only in wrestling but as a human as well.”

You can listen to Rhea Ripley’s full interview here. If you use any of the quotes in this article, please credit Oral Sessions w/Renée Paquette with a h/t to Wrestling Inc. for the transcription.