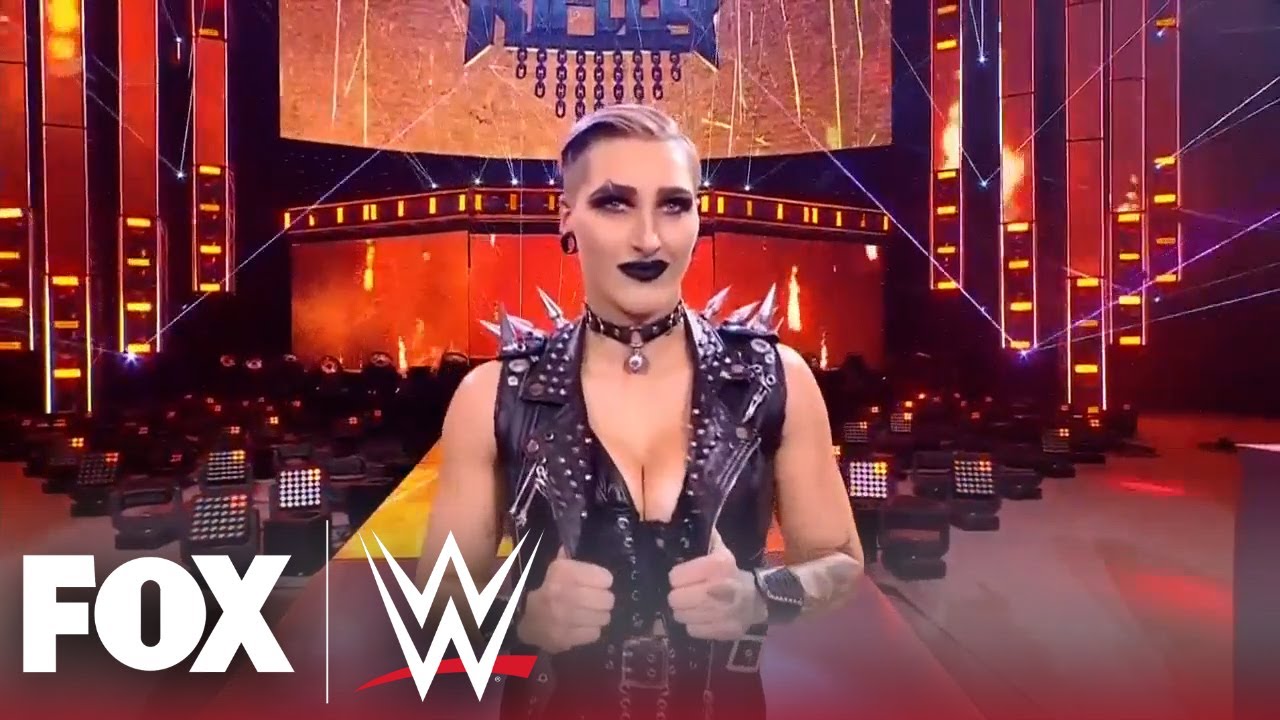 This week on Oral Sessions with Renee Paquette, “The Nightmare” Rhea Ripley made a guest appearance to discuss her immense WrestleMania 37 matchup with Asuka. At one point in the interview, Ripley opened up about who inspired her to become the dominant performer that she is today. In her answer, she revealed it was former WWE Divas Champions Beth Phoenix and Kaitlyn. She also happened to mention how she so badly wanted to wrestle Kaitlyn when she made her brief comeback during the 2018 Mae Young Classic – the same tournament Ripley got her first chance at in WWE.

“So, Beth was definitely, like, a big one. I love Kaitlyn as well, just ’cause she was so different,” Ripley replied on which WWE Superstars she looked up growing up. “After meeting her in the Mae Young [Classic], she was super cool. She is such a great human.

“I was very sad when she didn’t come back ’cause I was like, yay, maybe I can wrestle her in NXT. But, no.”

Paquette also happened to mention that Ripley is a big fan of the former WWE Champion, The Miz, as well. Although they work on the same brand now, Ripley still hasn’t spoken to “The A-Lister” just yet.

“I haven’t talked to him,” she stated. “I don’t know if he knows it. I thought that he knew, and that’s why…I don’t want to say he avoids me, ’cause he doesn’t avoid me. But, like, me being a fan, I’m always over there like, ‘Don’t let me go walk over there.’ He doesn’t really notice that I’m there, which is like who I am; I’m really good at that. But I don’t think he knows.”

Now that she’s a part of the main roster, Ripley says there are some similarities and differences when it comes to how  NXT and the main roster run their programs. One of those differences she noticed has to do with leniency and stress.

“To be honest, when I was in NXT, looking at Raw and SmackDown, I felt like we were on par, and everything was the same,” Ripley said when comparing the main roster to NXT. “When I came here [to the main roster], there are some things that are different, like, I’m not gonna lie, there are some things that are different, but there is a lot more stress, I feel. We have less leniency.

“But what I feel like NXT is doing is so amazing. I love watching NXT and watching the women do what they’re doing. I am so proud of all of them and how far they’ve come. Honestly, I can’t wait for all of them to come to Raw and SmackDown so I can wrestle them again. I miss my friends.”

In the last couple of days, WWE has added two more women’s matches to their already stacked WrestleMania card. Besides the two single women’s championship matches, nothing was set for the Women’s Tag Team Championship, at first. Now, it is. Looking at the whole picture, Ripley is thrilled to see that more women will be showcased on this year’s grandest stage.

“I felt so bad for everyone. Like, I can’t believe they were going to leave that off the show,” Ripley mentioned. “I’m so glad that it got added because the women in the women’s division deserve so much. They’ve worked so hard for so long. To not put them on WrestleMania, it’s sort of a kick, you know? It’s not nice. So, I’m glad it got added ’cause they deserve it.”

You can listen to Rhea Ripley’s full interview here. If you use any of the quotes in this article, please credit Oral Sessions w/Renée Paquette with a h/t to Wrestling Inc. for the transcription.