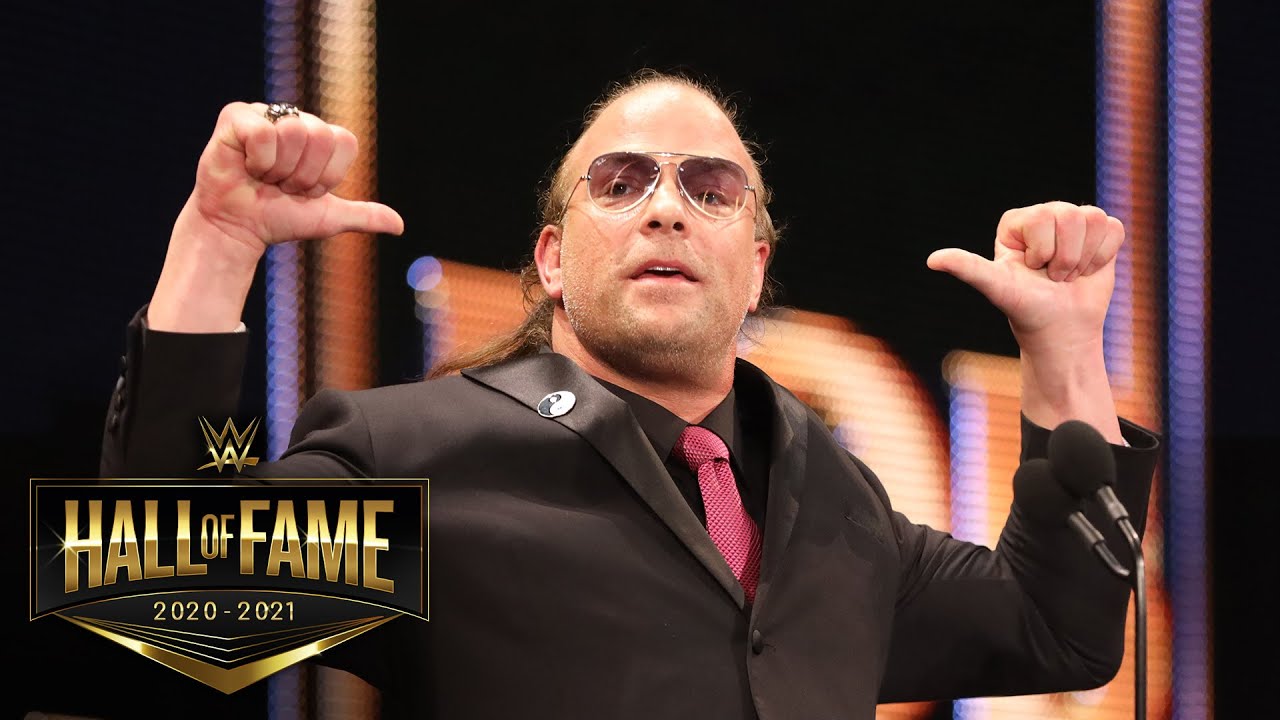 2021 WWE Hall of Fame Inductee Rob Van Dam joined WWE’s After the Bell Podcast to talk about what his induction meant to him. Van Dam spoke about how prestigious of an honor being inducted is to him, saying it means more than winning any world title.

“It feels like it’s some credibility that can’t be taken away,” Van Dam said. “Everything is up for opinion and the whole idea of a good anything is subjective. To me, when I think about it, it’s got to be better than winning any world championships. I don’t imagine everybody who ever gets to hold a world champion is as impactful on everybody’s lives. Probably not every champion is going to be as memorable and maybe not every champion is going to be a legend that people remember. I think this is an even higher prestige, being in the Hall of Fame with all the superstars that influenced me and inspired me when I was growing up and a lot of the great talent I was wrestling with.

“It’s great to be considered by the WWE Universe to be worthy. For the last several years when I would get interviewed or talk to fans, they would say ‘Future Hall of Famer,’ and just that they saw me as that worthy, was good enough for me. I didn’t really know if this was going to happen or not, actually being inducted, but having Vince McMahon and also [Triple H] officiate and credit everything that I’ve done as a body of career is pretty awesome.”

Since the WWE Hall of Fame debuted in 1993, the only members that are ECW originals are The Dudley Boyz and now RVD. Van Dam spoke about who he’d like to see most out of his original ECW class and gave the name that makes the most sense.

“I would love to see Sabu inducted into the Hall of Fame,” RVD said. “I feel like on a lot of grounds he should’ve been inducted before me. He was my mentor, my trainer. I had a text conversation with him and told him how I felt, that he should’ve been in before me. At this point, it’s all about individual choices we made throughout our career.

“It’s not just about reaching a level of superstardom where people are going to remember you because you impacted their lives, there’s a lot more to it than that. I would definitely like to see Sabu inducted on a legend level, I totally think he deserves it and I think he would have to do a little bit of repairing on the image tarnishing that has been done.”

Despite returning to WWE in 2013 and 2014, RVD’s WWE appearances have been very sporadic. Most recently, he appeared at the RAW Reunion in 2019. Van Dam spoke about what it means to be back with WWE following his induction.

“It feels awesome,” RVD said. “To be back in the WWE universe, they’re the highest of the standard setters, they’re what everybody watches. I’ve always gotten along great with Vince, even when the rumors were that I had heat with other administration, I’ve always gotten along with Vince so I never worried about it. I feel like being accepted in, being under their umbrella, I’m proud that everybody realizes that now.

“Over the last several years, you don’t see a lot of RVD. You don’t get RVD doing the reality shows on the WWE Network, for what reason, not for me turning it down and not wanting to do it, but the relationship was a bit distant. To be back in, it really means everything especially at this point in my career. I feel like I’ve got options and I love being under the WWE umbrella and hopefully I’ll be doing an autobiography with them and everything else that can come from that relationship.”

Van Dam also said he actually wrestled two matches the following two days after the Hall of Fame ceremony was recorded. At 50 years old, RVD said he can still do a lot of the moves he was known for throughout his career and gave an update on whether or not he’d entertain wrestling in WWE again.

“I go with the flow of the universe,” Van Dam said. “I don’t know how to put odds on that. If you’re talking about a one-off or something that’s not full time, I would think there’s probably just as good of odds going for it as there is against it.”