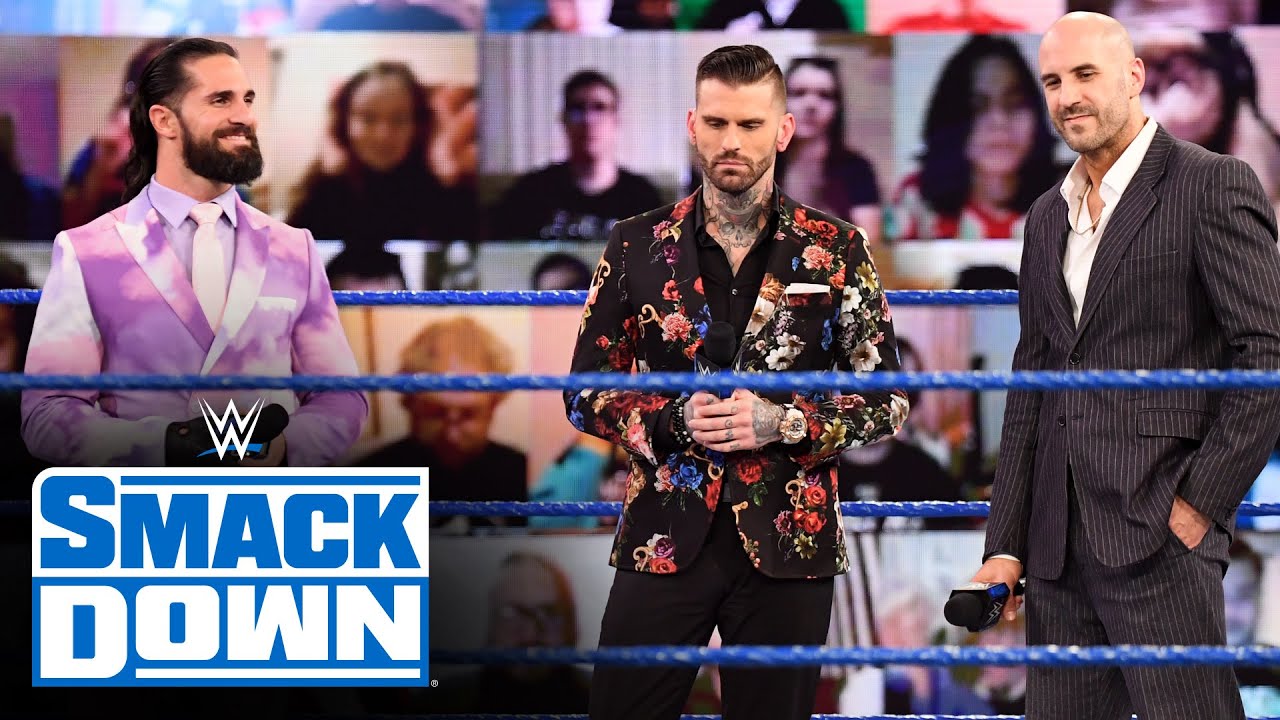 When Seth Rollins made his way to the ring to confront Cesaro on this week’s SmackDown, his entrance graphic listed “Engaged to Becky Lynch” as one of his career accomplishments.

A fan on Twitter noticed the same and said that the blurb was a testament to Lynch’s greatness. She wrote, “They really put “engaged to Becky Lynch” as one of Seth Rollins’ career accomplishments. She really is The Man!”

Rollins responded to the fan a little later.

He wrote, “You seen my future wife?! TOP ACCOMPLISHMENT INDEED!!”

It should be noted that the “Engaged to Becky Lynch” blurb has been regularly used during Rollins’ entrances.

Rollins will face Cesaro during Night 1 of WrestleMania 37 next Saturday. Click Here for the updated card.

Just over a week away from their #WrestleMania clash, @WWERollins and @WWECesaro meet face-to-face in the middle of the #SmackDown ring! pic.twitter.com/6kLkuqyCWk

Previous
Video: John Cena Thanks Boy Who Used His Tips To Save Sister’s Life
Next
Henry Godwinn Says Triple H Will Probably Never Get Over Infamous Hog Pen Match