The school in Davenport, Iowa took to Instagram on Tuesday and posted a photo of a WWE wrestling ring that still needed to be put together. For some reason the post was deleted shortly after it was published.

“Thanks for the upgrade, Vince! [smile emoji],” the caption read.

The label on the delivery noted that it was a practice ring for Seth’s school, with ropes, cables, turnbuckle cushions and turnbuckle covers. It also listed a WWE emergency contact phone number based in Stamford, CT, which could be why the post was deleted.

Rollins and his partner Marek Brave actively train students at the school, which launched in 2014. The most notable talent to graduate from the school is Ben Carter, who was already making a name in the UK before signing up. He is now known as WWE NXT UK Superstar Nathan Frazer.

Thanks for the upgrade, Vince! 😃 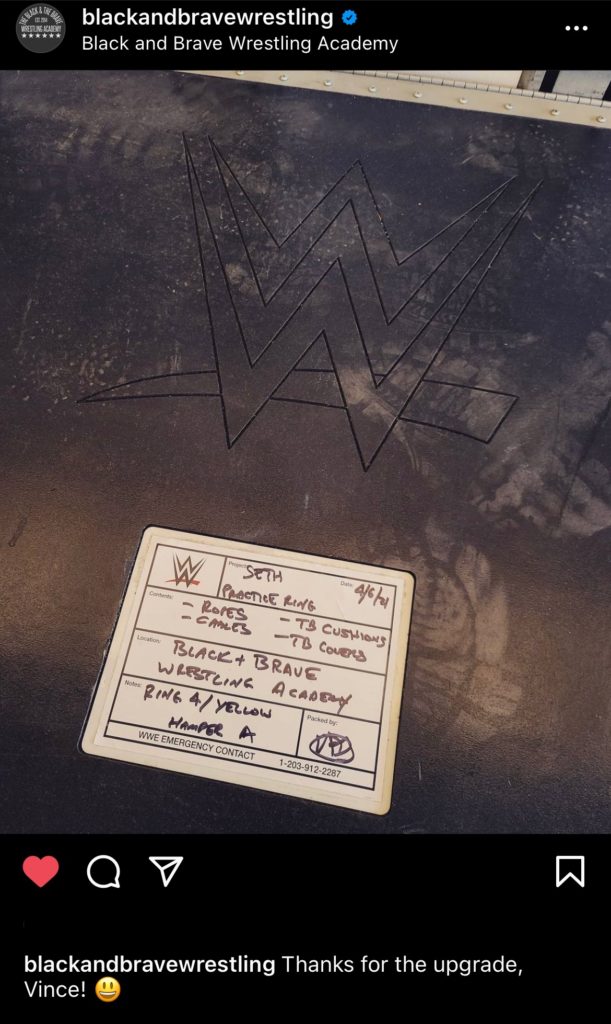 (H/T to HeelByNature for the screenshot)