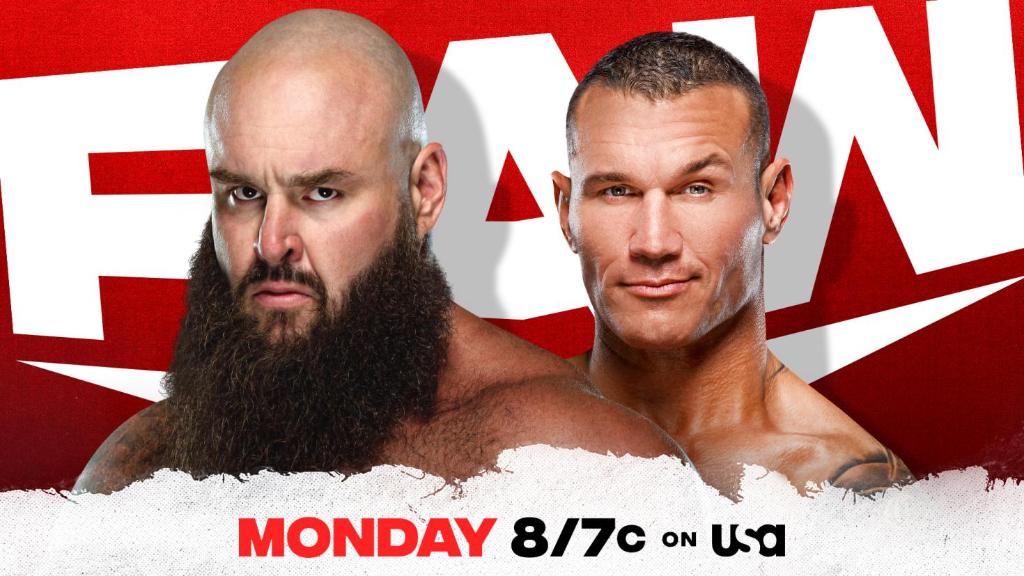 WWE has announced that Drew McIntyre will seek answers on RAW from T-BAR and MACE for their actions on last week’s show. The former RETRIBUTION members attacked McIntyre last week, seemingly taking orders from MVP.

As previously reported, Randy Orton will face Braun Strowman for the first time ever, while Charlotte will renew her old rivalry with Asuka. Last week, Charlotte returned to RAW and laid out both Asuka and RAW Women’s Champion Rhea Ripley.

The Orton/Strowman match comes a week after both men failed to win a No. 1 contender’s Triple Threat Match to determine WWE Champion Bobby Lashley’s opponent at WrestleMania Backlash. Drew McIntyre won the match.

Tomorrow night on #WWERaw@BraunStrowman goes one-on-one with @RandyOrton for the first time ever!

THIS MONDAY on #WWERaw@DMcIntyreWWE looks for answers from @The305MVP on the shocking ambush! @MsCharlotteWWE goes one-on-one with @WWEAsuka

What will @The305MVP have to say to defend himself when @DMcIntyreWWE confronts him about last week's ambush courtesy of @TBARRetribution & @MACEtheWRESTLER?

Previous
Nia Jax Has Twitter Meltdown, Calls Herself “The Black Sheep” Of Her Family
Next
John Cena Reacts To Karrion Kross Wanting To Retire Him