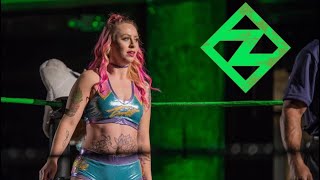 Independent wrestler Laynie Luck posted a video of herself training with her boyfriend, indie wrestler GPA. During the video, GPA proposed to her.

Since sharing the tweet a few hours ago it has over 900 retweets and the video views are over 105,000.

WWE Superstar Naomi wrote, “omg this is the best CONGRATULATIONS!”

WWE Hall of Famer Mick Foley also retweeted the video and wrote, “Quite possibly the BEST MARRIAGE PROPOSAL EVER!”

With all the attention, Laynie Luck sent out another tweet this evening.

She tweeted, “y’all making my Twitter act UP with all this love thank u guys”

Below is the video of the engagement:

irish whip, up and over into the proposal 😭😭😭💍 pic.twitter.com/6RWifJ5lL8

so who’s televising the wrestling wedding?