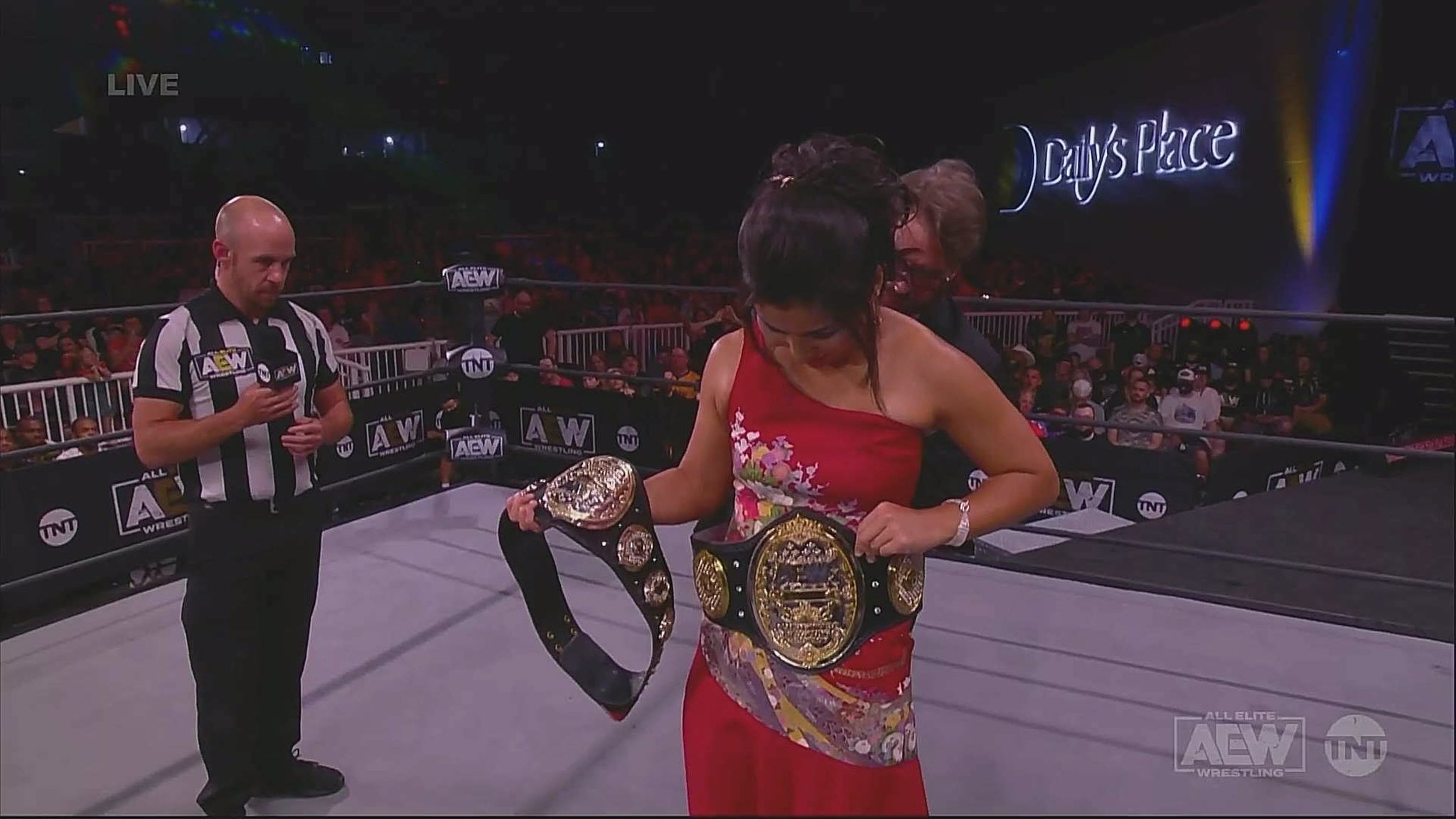 The updated design is mostly similar to the original title, but is slightly larger in size and features more gold/jewels. The new design also has two side plates on either side as opposed to the original’s three. This is the first time AEW has changed the design of their Women’s Title.

Champion Hikaru Shida was presented with the new title during a segment celebrating her 377 days with the gold. Upcoming challenger, Britt Baker, would interrupt the segment shortly after, proclaiming that she will be “the face of a whole new era” after she beats Shida this Sunday.

Hikaru Shida will defend her freshly updated AEW Women’s Title against Dr. Britt Baker, D.M.D. this Sunday at AEW Double or Nothing.

You can see highlights from the segment below:

Are we ushering in the Era of D👇M👇D👇?@RealBrittBaker faces @shidahikaru for the #AEW Women's World Championship this SUNDAY LIVE on PPV at #AEWDoN! pic.twitter.com/cuGVAhzu5j