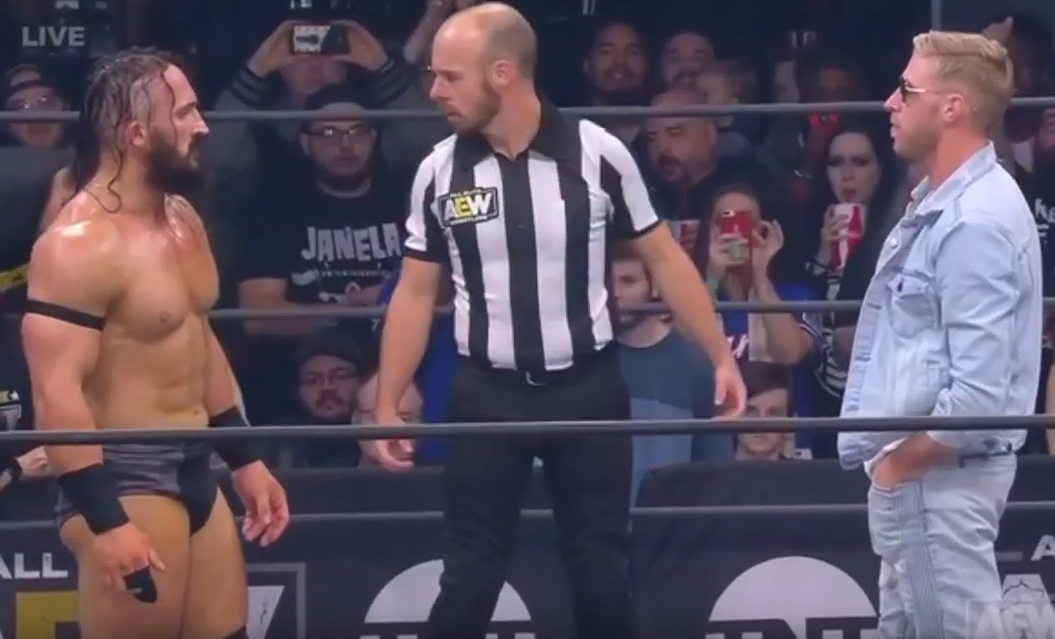 The #1 contender to Kenny Omega’s AEW World Title will be determined next week.

Tony Schiavone announced tonight that PAC will face Orange Cassidy in a World Title Eliminator Match, with the winner going on to face Omega for the gold at AEW Double or Nothing.

During the announcement, Omega came out with his AEW World Title around his waist and Michael Nakazawa by his side, carrying his three other world titles. The Best Bout Machine would then be interrupted by one of his potential challengers, Orange Cassidy, who would stare him down. Omega would taunt Cassidy, taking his glasses and accusing him of ripping off his signature shades.

You can see highlights from Cassidy and Omega’s confrontation below: