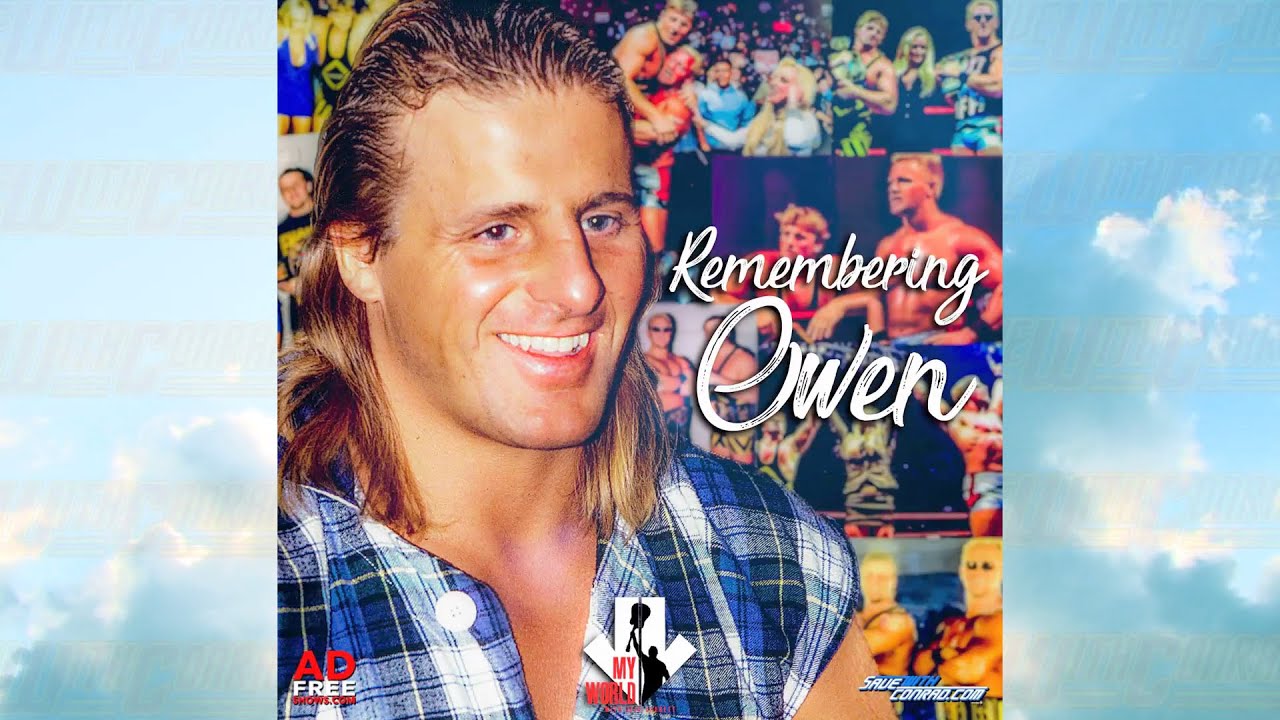 On the latest episode of the My World Podcast, Jeff Jarrett recalled the night that his great friend Owen Hart passed away live on a WWE pay-per-view, Over the Edge 1999. Jarrett spoke about Owen, who he was scheduled to follow that night, and described what it was like being rushed out to wrestle his match.

“I knew I was on after Owen,” Jarrett said. “I went down to Gorilla and came back and Owen was taking off with his garb and his outfit and all that and I went into the dressing room and I had boots and tights on but no shirt, no glasses. I could remember this kind of stuff like it was yesterday, Matt [Miller] running up the hall saying ‘Jeff, you’re up, you’re up.’ And I remember saying what, thinking he’s ribbing and he goes ‘No, you’re up.’ [I said] ‘Owen’s back? What are you talking about?’ He goes ‘No, no, no, Owen fell.’

“That convinced me that I’m up, and then I heard several screams. ‘Jeff, Jarrett!’ As I get down there, people in production are like ‘Hey, we’re going to do a promo,’ and I’m thinking do a promo? I can tell you if you’ve ever been to a car wreck or hospitals, the heaviness. I’ve processed this multiple times, but the heaviness of the room, the area. They said you have to do a promo and that’s when I kind of like, he didn’t fall and blow out a knee? This is a lot more than Owen just fell. I just couldn’t fathom, I didn’t have that immediate thought [that he had died], but nothing serious.”

Jarrett recalls seeing one of WWE’s trainers giving Owen chest compressions before he walked out for his match. He also talked about the trauma he experienced while walking to the ring and realizing that the boards under the ring were broken from Owens fall.

“Francois, I have a vivid memory, he was a trainer, chiropractor, there is a mass of people and it is a gurney and Francois is up on top and giving chest compressions,” Jarrett said. “He’s doing that and just the mass of people, to this day I’ve never watched any of this event back, but I vividly remember the feeling of ‘Oh’, and 3-2-1, the promo rolls. I finished it, they grabbed me and said ‘Go right to the ring.’ Walking down that ring and getting up in that ring and walking around like I do before matches and going to the place where Owen had fallen and feeling the ring. In treatment I was taught PTSD, I always thought that was for folks that went to war but being up in the ring and feeling that, that’s when the heaviness came over.

“Coming through the curtain and Matt [Miller] standing there, I said ‘Get me a car, now.’ Whatever came over me, I grabbed my bags and came down and Matt said over here and they had me a cop car. When I think back over it now and what was known and wasn’t known, how Matt took care of me and had the cop, they put me in the car and the car takes off fast. I immediately started bowing my head and just thinking, I asked the officer ‘What do you know?’ No answer. I banged on the window, ‘Sir, I know you probably can’t tell me a lot, can you please give me a heads up? We got to be getting close.’ And whatever I said, I can remember him looking over the corner of his shoulder and saying ‘It’s not good Jeff.’ And that’s when I basically was just like wow.”

“Did I know he had passed? No,” Jarrett said. “We pulled in there, out walks a nurse, out walks another nurse and that’s when the news broke to me. I can remember them saying ‘Do you want to go in?’ And I immediately said no, Martha needs to be here and family. I just stood outside and that felt like an eternity and I just sort of sat out there and to this day I don’t recall who came and got me. I stood out there and sobbed and weeped and couldn’t really wrap my head around it, and then the doctor came out and sort of talked to me and that was a heavy heavy day.”

“We go back to the hotel, and I could remember Road Dogg sitting across from me on a twin bed with the phone. And him getting on the phone with my wife and him telling her ‘Yeah, he’s good, we’re good.’ You think about me and Brian James trying to console one another, what a train wreck that is to think about. We tried to process it but I’ll say we didn’t.”

You can check out the episode below. If you use any of the quotes in this article, please credit My World with Jeff Jarrett with a h/t to Wrestling Inc. for the transcription.