Miro To Receive Title Shot Next Week On AEW Dynamite 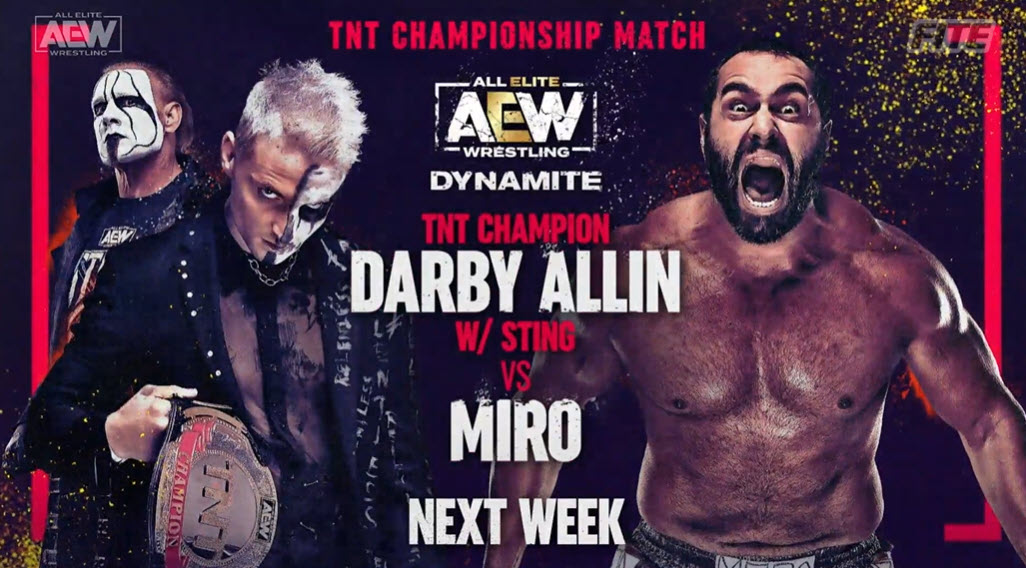 AEW announced a plethora of segments and matches for next week’s AEW Dynamite.

Ahead of the Blood and Guts main event, Miro confronted Tony Schiavone to reveal he will be facing Darby Allin next week for Darby’s TNT Title. Per the stipulation, if Darby is unable to compete he will forfeit the title.

Another singles title will be on the line next week as well, as Jon Moxley defends his IWGP US Title against Yuji Nagata for the first time outside of NJPW. The Young Bucks will also put their tag titles on the line against SCU, who earned the championship opportunity tonight.

Cody Rhodes will also make his announce in regards to the upcoming PPV, Double or Nothing. Rhodes defeated QT Marshall on tonight’s show, but was taken down by a hard shot to the midsection from Anthony Ogogo.

Below is the full lineup: