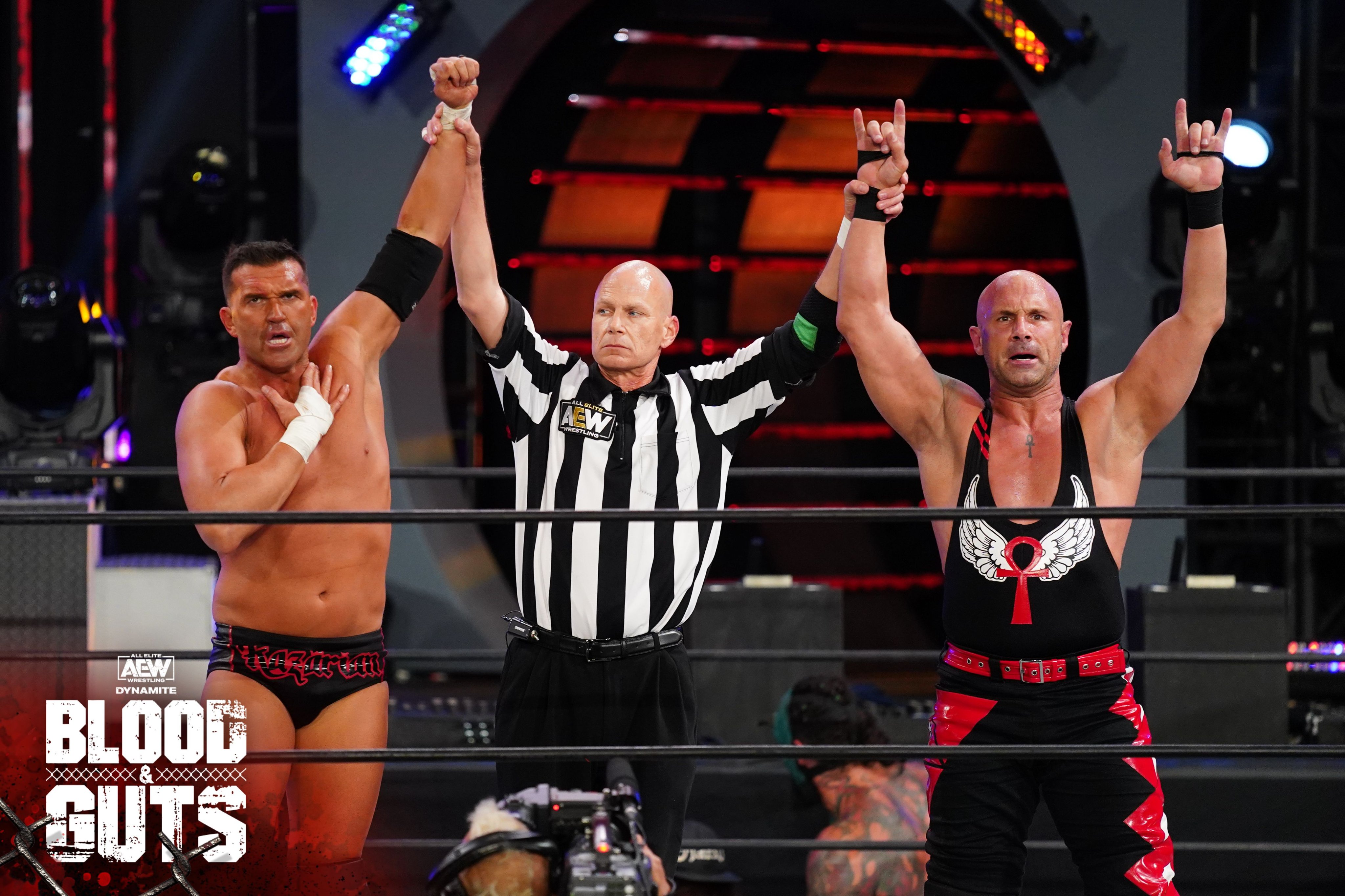 SCU are the new #1 contenders to the AEW Tag Team Titles.

The team of Christopher Daniels and Frankie Kazarian pinned Brian Pillman Jr. of the Varsity Blonds in a four-way tag match to earn their future title shot. The match also included the teams of Jurassic Express and The Acclaimed.

Jurassic Express commanded a portion of this match, landing numerous near falls that were broken up. Daniels eventually nailed Luchasaurus with a flat-liner to the outside, taking him out of the match. The finish of the match saw Kazarian and Daniels hit their Best Moonsault Ever/piledriver combo on Pillman Jr. to pick up the 1-2-3.

Daniels and Kazarian will face longtime rivals the Young Bucks for the AEW Tag Team Titles next Wednesday, May 12, on AEW Dynamite. SCU has previously stated that the next time they lose, they will break up as a team.

You can see highlights from the match below:

.@FlyinBrianJr is…Flyin! And almost pulled out a Win for #VarsityBlonds in the 4-Way Tag Team Elimination match.

👀 @youngbucks #SCU earns a date with the Bucks NEXT Wednesday, May 12 on #AEWDynamite for the #AEW World Tag Team Titles! Watch #BLOODandGUTS Now on TNT! pic.twitter.com/YLH0ckAMaG